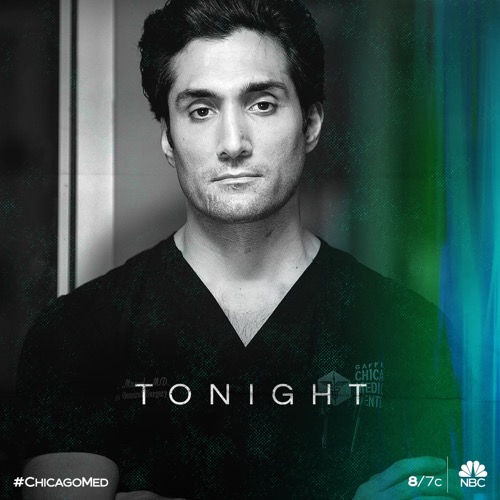 Tonight on NBC their medical drama Chicago Med airs with an all-new Wednesday, November 13, 2019, episode and we have your Chicago Med recap below. On tonight’s Chicago Med season 5 episode 8 called, “Too Close to the Sun,” as per the NBC synopsis, “Maggie gets unsettling news about a new friend and breaks protocol to support him.

One of the doctors from the Med family is rushed into emergency surgery after a violent assault. A social media influencer lets his users vote on medical advice, forcing Dr. Charles to make a decision.”

Maggie met someone new. His name Ben and they met at their chemotherapy treatments. They were both going through cancer. So, they each knew what it like and no longer did they have to worry about doing it along. They were now chemo buddies. They sit together when they’re going through their treatments and they even go out to lunch afterward which was great because Ben was a nice guy. He always made Maggie feel better. He was also someone she could depend on now and so it was a shock to the system when Ben caught the measles.

Ben had his shots. He got them when he was a kid and so he shouldn’t have been able to catch the disease. The fact he did so anyways can come down to his weakened immune system. The cancer lowered the same walls his shots had put up and so now he was too weak to fight off disease. There was no treatment for it that Ben could take. He either had to resist disease naturally or he died. Ben made peace with his possible death and so this whole thing was actually a lot harder on Maggie. Maggie didn’t want to lose her friend.

Maggie also wasn’t supposed to support her friend through this. He was quarantined because the disease was deadly to whoever caught it and Maggie has her own weakened immune system to think about. She couldn’t go into quarantine to hold his hand. She was told to stay back and she was struggling with that as her friends were doing their own issues. April’s brother had been assaulted. He was helping a young woman get away from gang life and somehow they must have found out. They jumped while he was running an errand for his friend.

Noah was in such a bad state that he began bleeding internally. The doctors tried to find the source for it and unfortunately neither April nor Choi could treat her brother. They were considered too close to the patient. Not that April let that stop her from watching her brother’s care. She wanted to make sure everything was done by the book and she was also curious about his energies. It was clear he was assaulted. She just didn’t know why anyone would assault him and Marcel refused to tell her about this friend Noah was helping.

He didn’t tell anyone it was Jacinta until he was talking to the police. He told Halstead’s brother about Jacinta and her troubles with the gang. So, the cops will find out who did this to Noah. It simply won’t change how April feels about Marcel withholding that information. She thought he should have told her from the start and she demanded an explanation. Marcel tried to tell her that Noah was an adult and that he could decide what to share and with whom. And it was April that was refusing to see sense here because she felt she had a right to Noah’s personal life.

April’s boyfriend Choi meanwhile was reassigned. His patient was a young man who did everything based on what his viewers allowed and so there was a whole “you choose” sort of thing going on. Dennis said he used to live in his car. He now lives in a home and has several properties because he started a website that allowed viewers to vote on his lifestyle. He did nothing without their say so and it even included surgery. Dennis needed surgery because his appendix needed to be removed. Dennis asked Choi if there were any other choices and that alone ticked off Choi.

Choi thought the kid should just do what was right for his health. He didn’t think Dennis should be considering the viewers in his health matters and his thoughts were reaffirmed when the viewers chose antibiotics. The viewers were not doctors. They shouldn’t get a say on medical matters and Choi tried to bring in Dr. Charles to tell his patient just that. Charles was supposed to study Dennis. He was supposed to tell whether or not Dennis was capable of making his own decisions and he found Dennis capable.

Charles said that Dennis merely cared more about the viewers than himself. Both doctors saw that Dennis was mentally and so all they had to do was prove the viewers really didn’t care about him. Dennis and his wife thought the viewers would cave in the end and grant him the surgery. Only they seemed oblivious to what was going on. The people watching him die had wanted him to die and Charles proved that when he took Dennis to the roof and asked the viewers if Dennis should kill himself. And the viewers had all said, “yes:”.

They wanted Dennis to jump. They wanted to watch him die and, when Dennis didn’t jump, his viewers began unfollowing. His wife is so busy trying to get them back that she didn’t realize the game was over for Dennis. He wanted to live so he told the doctors to give him the surgery and he was going to be done with YouBeTheJudge.com. It turns out people like being able to kill someone without going to jail for it and so that whole thing was done. Dennis wasn’t going to side people that tried to kill him.

Back with Maggie now, she broke several rules for her friend Ben. She went into quarantine when she shouldn’t have and she forged his records to indicate that he was clean of measles. She did it because she wanted to give Ben the chance to die at home and unfortunately, she never did get him back to his place. There was a playground near his building. Children were outside playing and a young mother with her baby had been at the front door. And so Maggie had to bring Ben back to the hospital and she also had to apologize to Manning for forging her signature to get him released.

Manning had been upset and she only let it slide this once because she knew Maggie was hurting. Maggie was heartbroken over what was happening to Ben. She set out to make him as comfortable as possible and she stayed with him the whole way. Maggie was with Ben as he was dying and Choi was with April as they watched over Noah.

April did excuse herself for a second because she wanted to thank Marcel for performing surgery on her brother, but there had been a moment between them and Choi had caught sight of it.

And while Halstead and Curry had had their own moment last week, it was a whole different story now that Halstead was going out on dates with the new paramedic.