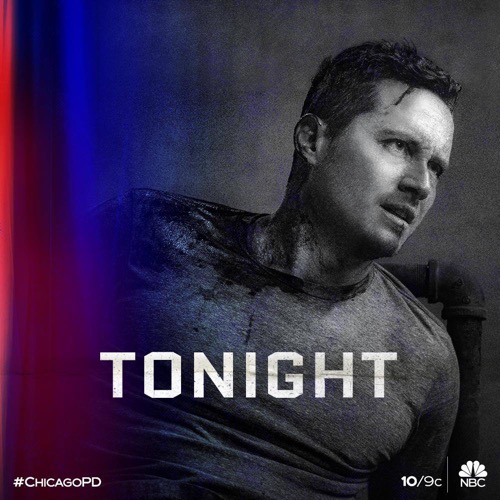 Jay and a young boy play baseball. His mother shows up. He offers her grocery money. She had a new job come through. He sees them off before spotting Hailey. She asks him what he is doing. If they find out who he really is, they are screwed. She tells him a body was found. They let the team. A man named Jose is strapped to a chair, bloody and dead with jumper cables attached to him. Jay needs to step out. Hailey covers for him after Voight notices.

Jay arrives at an apartment, looking for someone when he is attacked from behind with a bat.

The next day, no-one can find Jay. Trudy tacks down his truck. They head there. Inside, they look around. There is blood all over the place. Photos on the fridge show a picture of the boy and mother, Angela, who Jay met with earlier. Voight shows up. Hailey confesses that they are the family of Marcus West who Jay booked into the county after he thought West killed 2 boys. West was innocent and was killed.

Jay and Angela are chained to pipes in a cellar somewhere. Two men were to know where the drugs are. After they try to beat the answers out of Jay and Angela, they leave. She admits she took the drugs and sold it for rent money.

After some research, the team finds a person of interest, Carlos Diaz. They ping his phone to a flophouse. Haley and Adam arrive there. Define Carlos on his bed. It appears that he overdosed. Adam checks the place out and finds the heroin stash in the ceiling. The same stash that Jay and Angela are being held for.

Back at the station, they get fingerprints back on the heroin. The prints belong to a guy named Pedro. They work a background upon his brothers. They find an address and show up there. They come face to face with a little brother, he’s an honor roll student who looks terrified. His older brothers and his dad aren’t home. Haley and Kim go inside with him to scope out the place while Voight and Adam talk about their latest Intel. It appears the brothers have gone dark since the drugs were stolen.

Voight meets with a friend, Darius, who has been dealing with Pedro and some of the others. He tells Darius he needs Intel and a way to talk to this man. When Darius goes to meet him, the team stakes out the area while Keyshawn goes in to talk to Pedro.

Keyshawn explains that Angela and Jay had nothing to do with this whole mixup. He will get him his drugs back and give them 50 grand. Pedro calls his men who hand Jay the phone. Keyshawn makes sure he’s alive and lets Jay know that there will be an exchange soon and he’ll be out of there.

Keyshawn has texted a place to meet Pedro and his men. The team stands by out of sight. Keyshawn shows them the drugs and when it’s their turn to show him, Angela and Jay, they shoot at him. The team swoops in. Pedro tries to run but Voight shoots him in the leg.

In the cellar, Angela is crying. She tells Jay that Marcus killed those two kids. But he corrects her. He confesses to her that he’s a cop and that’s how he met Marcus. She sits there in disbelief.

Voight beats Pedro out of sight, trying to get the location of Jay. Hailey tells him to take a break. Maybe they need to use his young son as leverage.

Upset with Jay, Angela threatens to tell the guys holding them that Jay is a cop. He tells her to be smart and think about her son. They will kill her too.

Hailey and the others bring Pedro his young son in cuffs. They could easily say that they found a brick of heroin in his car. Pedro gives them an address. The team heads there to get in and get Jay. Meanwhile, Jay takes out one of the guys and freeze themself before heading to free Angela. Hailey gets in there through a window alone before the rest of the team finds their way in. Jay goes after the other guy and takes him down before Hailey shows up.

Jay goes to rescue Angela who has taken the gun off of the man near her. She shoots at Jay. He falls to the ground.