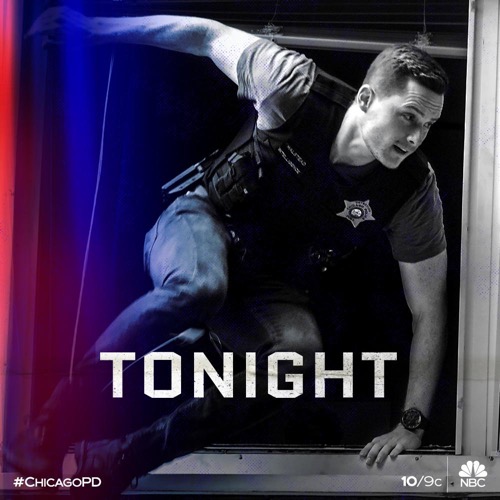 Tonight on NBC their drama Chicago PD returns with an all-new Wednesday, October 30, 2019, season 7 episode 6 called, “False Positive,” and we have your Chicago PD recap below. On tonight’s Chicago PD season 7 episode 6 as per the NBC synopsis, “The shocking murders of young boys affect Halstead. Crawford encourages Intelligence to use new facial-recognition software to help identify a suspect, but the plan backfires.”

Jay is helping a local group turn to an abandoned property into gardens where youth can learn farming. He is called to the scene of gunshots. He assesses the area on foot and finds a foot open to a home with several dead bodies inside. They are young boys with a little one hiding in the bathroom. Jay grabs him and gets out of there.

Chicago PD arrives. The bodies are taken out as they all talk. Neighbors crowd around. People are crying. Jay thinks it is a hit gone wrong.

Voight and Jay meet with some local bangers to find out what they know. They talk to the leader, Kareem. One of them is his nephew.

Voight asks them to hang back and not do anything stupid while they investigate. Voight also needs to know what Kareem had hiding that the thugs wanted, what they would kill for. He admits to ketamine and guns.

Voight returns with Jay to the precinct to inform the team about what they are looking for. They also learn there is video footage from the street. They use it to find their suspects. Voight isn’t so sure they should head out and pick them up yet but they do.

Jay interrogates one of the suspects, showing him pictures of the kids. The man says he was running because he’s black. He was trying to save himself. Eventually, he breaks and cries. He is a junkie but not a killer. Jay puts pressure on him. He is sending him to the county on a hold. The guy knows he will die in there. It wasn’t him.

Later, Jay heads to the hospital after he learns his suspect Marcus was stabbed seven times in the county. His brain is also swelling. Jay feels guilty, telling the doctor to do everything she can for him. Jay heads to talk to some of the guys inside the county. No-one will talk. Jay heads to Voight. He feels terrible. He may have played this wrong. Voight gives him a pop talk. They get back at it.

After trying to get some intel on the street they head to talk to the young boy who wasn’t killed. He tells them the suspect kicked in the door before leaving. As they think about what this means they get word Marcus is dead. It must have been an inside job. Jay is beside himself. Voight has to speak with his superior who tells him Jay might be in trouble.

Voight heads to see Kareem and his right-hand man. Voight questions Kareem’s guy when he isn’t around. He appears nervous when Voight mentions it may have been an inside job. Meanwhile, the rest of the team waits outside Kareem’s buddy’s house. They watch him hide a bag and then leave on foot. Voight checks out what he did later. Its a bag full of the missing drugs and money.

Voight heads to his superior and tells him he has a way out for all of them. Voight meets up with Kareem later that night and tells him about his buddy and how he may have also ordered a hit on Marcus in the county. He shows Kareem the bag. That night Voight watches as the gang beats Kareem’s buddy in the street.

The next day, Marcus West is announced as the killer of the boys at a press conference held by Voight’s superior. The case is closed. Jay doesn’t look up for sharing a drink with Voight who wants to celebrate. Voight tells him to let it be.