BY hellodrdavis on March 13, 2019 | Comments: one comment
Related : Days of Our Lives, Soap Opera, Spoiler, Television 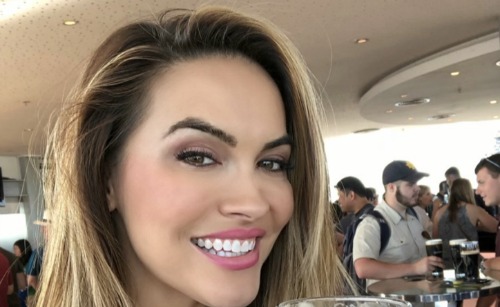 Days of Our Lives (DOOL) spoilers has some great news to pass on about a popular Days star. Chrishell Hartley, who portrays Jordan Ridgeway on the NBC soap, has a new reality series that will be premiering on Netflix on Friday, March 22.

The reality series is called “Selling Sunset” and will follow the lives of the elite real estate brokers at The Oppenheim Group, which is owned by twin brothers Jason and Brett Oppenheim. The group primarily sells real estate on the sunset strip and deals with elite clientele.

The series will begin with Chrishell joining the team of real estate agents, which in addition to the Oppenheim brothers include five women: Mary Fitzgerald, Davina Potratz, Christine Quinn, Maya Vander, and Heather Young. It looks like the drama will at least initially center around the team getting used to its new member.

Chrishell will have some difficulty assimilating into the already tight-kinit group, as the official series trailer shows the other women resisting her and insisting that she prove herself before being accepted into the group. It appears that there will be plenty of classic reality TV drama among the women.

Chrishell is certainly excited about her new series. She recently announced “Selling Sunset” on Instagram along with the following message: “Netflix & Chill with me March 22nd! Trailer in my bio. I had my work cut out for me with this group. **My family moved and I started a new school in 9th grade. So I was the new freshman trying to fit in. This experience felt a lot like that, only in better clothes.”

You may not have known that Chrishell has been selling real estate for several years now. She has even been featured in the Los Angeles Times for her work.

Will you tune in to Chrishell’s new reality TV series? Stay tuned to DOOL and don’t forget to check CDL often for the latest Days of Our Lives spoilers, updates, and news.

Netflix & Chill with me 😉 March 22nd! Trailer in my bio. I had my work cut out for me with this group 😬😅🏠 **My family moved and I started a new school in 9th grade. So I was the new freshman trying to fit in. This experience felt alot like that, only in better clothes. 😉 #Netflix #SellingSunset