Days of Our Lives Spoilers: Harper & Sydnee Udell Exit DOOL – Character of Arianna To Be Recast 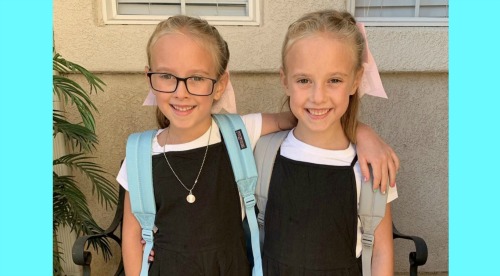 Days of Our Lives (DOOL) spoilers has some exit news to pass on about some popular DOOL stars. Harper and Sydnee Udell, who portray Arianna Horton on the NBC soap, will soon be leaving the show. The adorable twins have been playing Arianna since her birth back in 2013, so they’ve really grown up on the show.

Harper and Sydnee recently commented on the news on their Instagram feed. They shared the news, which broke on Jason47’s Facebook page, along with the following caption: “This news broke today…It is with a sad heart we had to say goodbye to the home we knew for 6 1/2+ years. Being blessed with this role for so long has been a dream.”

The twins continued: “We have been recast, we fully support all the cast & writers. We wish nothing but the best for the entire cast & crew. We have made many new friends and family, and thank all of them for the love & support we have received. Thank you to our fans for your love & support! #days #theudelltwins #dool #nbcdays #arianagracehorton.”

As Jason47 has reported, Harper and Sydnee will make their last appearance later this year. There is currently no word on who will be taking over the role in the future, but it is quite likely that the character will be aged.

As you might know, Days of Our Lives plans a “time jump” later this year, meaning that all storylines will be advanced by one year. That necessarily affects the younger characters on the show, since a year in time for those characters means a lot of growth and development. We can certainly expect to see some big changes for Arianna, Holly Jonas (Harlow and Scarlett Mallory), and baby David Ridgeway.

So far, there’s no word on possible recasts for the characters of Holly and David, but we’ll keep an eye out for future announcements and will certainly keep you informed. As for Harper and Sydnee Udell, they’ve received a lot of love on their Instagram feed since the news about their departure broke. They’ll definitely be missed by DOOL fans, since they’ve grown up before fans’ eyes.

Will you be sad to see the Udell twins depart from the show? Stay tuned to DOOL and don’t forget to check CDL often for the latest Days of Our Lives spoilers, updates, and news.