Days of Our Lives Spoilers: Leo Learns John’s His Dad – Stuns Brother Brady With The News 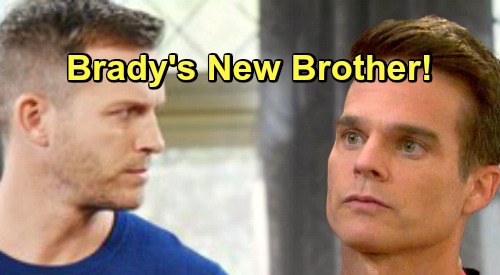 Days of Our Lives (DOOL) spoilers tease that the news about Leo Starke’s (Greg Rikaart) paternity will soon reach more ears. Now that Victor Kiriakis (John Aniston) has blurted out the news to Marlena Evans (Deidre Hall) that John Black (Drake Hogestyn) is Leo’s father, it won’t be long until Leo himself finds out. And when he does, watch out.

Leo will be stunned, and he’ll probably initially be horrified at the news that his mother Diana Cooper (Judith Chapman) withheld the truth from him about his true paternity all of these years. But at the same time, that would explain why he and the man he thought was his father had such a terrible relationship. Plus, Leo will decide that he can use the truth to his advantage.

Leo enjoys stirring up trouble for the people he dislikes, and he particularly dislikes Marlena and her grandson Will Horton (Chandler Massey). He’ll probably enjoy rubbing the news that John and Diana had a child together in Marlena’s and Will’s faces, and he’ll be especially giddy that the news is causing a family rift for Marlena and John.

It seems that Leo will also enjoy spreading the news about his parentage to his newfound family members as well. Leo and Brady Black (Eric Martsolf) didn’t exactly get off on the right foot a few weeks ago when Leo attempted to hit on Brady. Brady let Leo have it and called him a few choice names.

According to Days spoilers, Leo will positively enjoy breaking the news to Brady that they are brothers. Of course, Brady will be shocked and probably won’t believe him at first, but when he gets verification and the truth sinks in, he’ll realize that he and his family have got a real problem on their hands. Brady may think his troubled relationship with Eric Brady (Greg Vaughan) looks pretty good compared to this!

Chances are, Leo’s not going to just settle in nicely to his newfound role as John’s son. There’s bound to be some big family drama as he continues to press charges against Will and Sonny Kiriakis (Freddie Smith) and antagonizes his new family members. Do you think Leo will ever fit in? Stay tuned to DOOL and don’t forget to check CDL often for the latest Days of Our Lives spoilers, updates, and news.