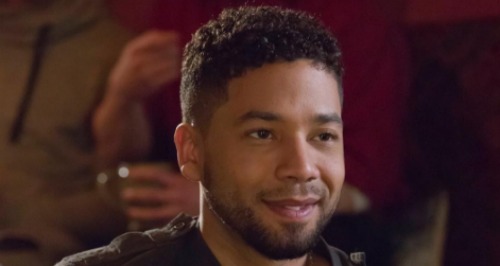 Empire director Lee Daniels has gone on the record to admit that he feels both hurt and angered over the backlash that Jussie Smollett has gotten over the allegations that he staged his own attack. The actor, who plays Jamal Lyon on Empire, was indicated on 16 felony counts of disorderly conduct for making a false report to the Chicago Police Department.

Lee Daniels makes it no secret that things haven’t been the same for the cast and crew of Empire since Smollett’s incident and arrest. The actor claimed that two unidentified men jumped him and poured bleached over him in what was supposedly a homophobic and racially-charged attack. It turned out that the two men were reportedly extras that have worked with Smollett on the set of Empire.

Daniels, who has defended Smollett in the past, posted a new video for his fans on social media. The Oscar-nominated director said in his Instagram clip, “These past couple of weeks have been a freakin’ roller coaster. We have, me and my cast, have experienced pain and anger and sadness and frustration and really don’t know how to deal with it. Everything has happened, what you are seeing tonight, prior to the incident. And this was not what the show is made for. The show was made to bring America together…to talk about the atrocities that are happening right now in the streets.”

Multiple reports have stated that Empire’s ratings have significantly gone down ever since accusations were made that Jussie Smollett faked his own attack. Just last week, Empire was down to its second-smallest ratings ever. Fans have been tuning out from the show, although it hasn’t been determined if it’s because of the current storylines or because of Smollett’s controversy.

So far Jussie Smollett himself has not made any comments about the case, however, he did maintain his innocence during an interview with Good Morning America back in February. As far as his future on Empire, no final decision has been made yet.

In the meantime, don’t forget to check back with CDL for all the latest news and updates on Jussie Smollett and your favorite celebrities right here.