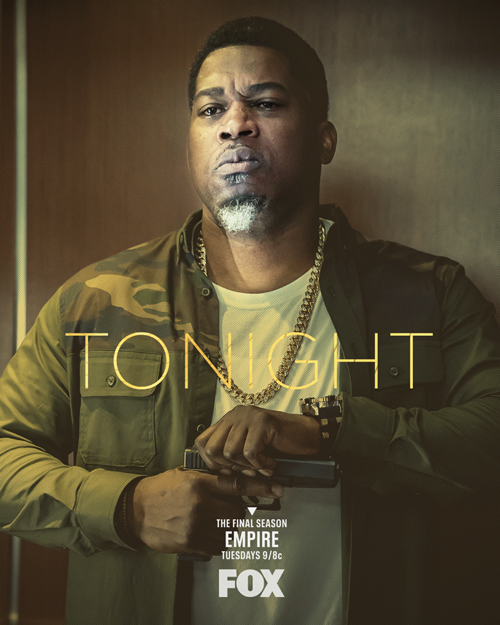 Tonight on FOX their blockbuster drama Empire airs with an all-new Tuesday, December 3, 2019, episode and we have your Empire recap below. On tonight’s Empire season 6 episode 9 called, “Remember The Music,” as per the FOX synopsis, “Hakeem raises concerns over Lucious’ changes to the Empire movie script, causing Lucious and Cookie to come together to recount the events that lead to the evolution of Empire.

Andre turns to Kelly Patel to help him gain a controlling interest in the company, as Teri grows increasingly suspicious of Andre’s role in signing Prophet the Poet. Meanwhile, Bossy Media considers taking on a silent partner to help with their financial issues and Philly Street confronts Lucious about the info he received.”

Lucious wasn’t stupid. People may try to play him as the fool, but he wasn’t one. He knew Andre was trying to push him out of Empire and he warned his son that no one does this to him. Lucious was going to leave when he was damn well ready. Lucious told his son as much and Andre refused to believe him. Andre was working with his inner demon to undermine his father. He would see his brother Kingsley when the man wasn’t there and somehow they would conspire together. It was so crazy that it was almost realistic. Andre truly believed he and Kingsley were a team and, despite it not being real, both of them have apparently forgotten there was only room for one of them to shine.

Andre thought it was going to be him. He told “Kingsley” it was going to be him. Only his version of the brother didn’t seem to trust him and so that just made everything crazier. Andre’s next problem was with his brother Hakeem. Hakeem was playing his father in the “Empire” movie and he didn’t like the script. The script had been given the okay from Lucious because it showed off Lucious in a good light. It did, however, ignore Cookie. Cookie was the reason why Lucious became such a star and her part was being downplayed in the movie and her son hadn’t liked seeing it. He thought it was disrespectful. He also wanted to work with a full script and not the ever-changing one that the producers were giving him.

Hakeem eventually pulled out of the movie because he said he didn’t want to deal with all the crap. He told the producers he was only going to come back if the script was done properly and so they called in his family. The producers called in Andre and Lucious. Cookie even showed up as well and that left everyone upset with the script. Lucious had changed it without notifying anyone. Andre was upset with him and Cookie encourage Hakeem’s anger because she didn’t like how she was portrayed. Cookie was turned into a doormat for that movie. Anyone who knows her knows that wasn’t Cookie and so she pulled her life’s rights.

Cookie refused to let Lucious to use her likeness or her name for his movie. If he wanted to erase her, he can do it freely and so Cookie was pushing back. She brought an end to the movie. She also turned down Becky when her former protégé approached her about becoming a silent partner in Bossy. Bossy, as it happens, was broke. They needed a cash influx and Cookie could have helped them if she wanted to. She chose not to because she was tired of being the silent partner. She wanted to be seen and heard and so she was pushing back on everyone. She turned down Becky and Bossy had to go look for another silent partner elsewhere.

Becky and Giselle soon found someone else. They found a couple of rich white guys and one of them was going to be named “overseer” at Bossy if the ladies agree to go into a partnership with them. Naturally, the women weren’t sure if they wanted this deal. They started Bossy as a sign of Black Girl Magic and it was a point of pride for them now. They weren’t sure if they wanted to hand over their hard work to a couple of people that will never understand them. They were still considering their options as Cookie was slowly roped into coming back on the set of “Empire” the movie. Lucious had realized he needed her and so he was willing to hear her version of events.

Cookie cleared up a few things for him. She told him how she had been there for him no matter what and that she risked her own life as well as that of her baby when she ran out of after the house after him while she was heavily pregnant. Cookie had put a lot on the line for Lucious. She loved him no matter what and so she didn’t just stay because of the music. She stayed because she believed in him. Cookie had simply needed to remind Lucious of those moments and then she asked him to lie about a few things because some of it didn’t make her look good. Like how she risked her pregnancy or the fact she left two young boys home alone while she chased after her drug dealer husband.

So, lying was acceptable. They just needed to find the right medium for it and so they were doing that together. Cookie and Lucious were back to working together. They were telling their story their way and afterward they gave Hakeem a working script. He came back to work and this time he wasn’t so difficult. The movie was going ahead. It made Andre happy and he was handling things on his own end. Andre was taking control of Empire. He was pushing people out when he needed to and he was lying to his wife when she began asking questions. It seems Andre had become like his father in the way he ran Empire.

He was running the business like he was in the mob or something. Andre even though he didn’t need his hallucinations anymore and surprisingly his fake Kingsley had told him that there were other demons besides him. Kingsley wasn’t the only one that could be haunting Andre. Andre has hurt a lot of people and most of them still wanted their pound of flesh. Andre was doing his best to keep up with his demons, but the hallucinations were so vivid that he sometimes forgot when they weren’t real. Like when he thought Kingsley had picked up his son. His son was fine and Kingsley wasn’t there.

Andre was still dealing with his issues even as his parents finally came to a decision of their own. Cookie loved reliving the memories and now she wants a divorce. There’s been too much hurt. They both needed to move on from the past and that was proving difficult with Tracy still around. Tracy wanted revenge and so she was doing her best to turn everyone against Lucious. And now that Cookie wasn’t angry at her husband anymore, she changed her mind about Bossy and decided to become a not-so-silent partner.

Which they had to agree to because they were broke. Cookie got what she wanted and Lucious was in his office when out of nowhere his supposed friend showed up with a gun.

Thanks a lot, Tracy!