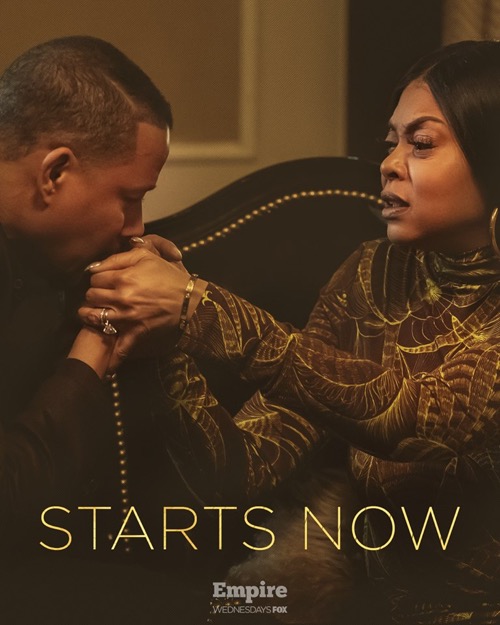 Tonight on FOX their blockbuster drama Empire airs with an all-new Wednesday, April 10, 2019, episode and we have your Empire recap below. On tonight’s Empire season 5 episode 14 called, “Without All Remedy,” as per the FOX synopsis, “After receiving news about Andre’s health, the Lyon family does everything to support him, while continuing the tour.

As Cookie and Lucious hash out their wrongdoings, Kai comforts Jamal through this process. Meanwhile, Maya comes to terms with where she stands with Blake and the others, and the rest of Empire must make sure the tour stays afloat.”

Lucious got rid of another body. He was more careful this time because he knew that Conway and AUSA were looking for mistakes, but he knew he had more important things to worry about. He wanted to know where his wife spent the night because he couldn’t get into contact with her and he needed to. Lucious was calling everyone because he needed them at home where they could be there for Andre. Andre was finally ready to come forward and he later admits at their impromptu family meeting that he has cancer. It was Stage IV lymphoma. Andre needed to go on an aggressive round of medication and he needed to start it right away. He didn’t want the family to camp out at his bedside and he definitely didn’t want his brothers missing out on the tour.

This tour was important. It was their way to show the world that Empire was still on top and so Andre asked his brothers to step up. They needed to be the one to handle this tour and ensure that it’s a success. Andre also didn’t want his parents around because he knew they would fuss, but Cookie wasn’t going anywhere. She researched his cancer and knew the various treatments they could use. Cookie asked why they couldn’t use any of form of treatment that wouldn’t be so harsh on Andre and his doctor said that those other options weren’t feasible with the specific type of cancer that Andre had. He needed aggressive treatment now and the doctor was hoping that it would make easier for him when he’ll go for a new drug trial.

Unfortunately, there was no guarantee that Andre will be allowed into the trial and so Cookie was told not to worry about it until it comes time to cross that bridge. It didn’t mean she wasn’t going to fuss over his treatment and try to get another opinion though it had been a nice thought on the doctor’s part and that’s why Cookie waited until he left to bring in her guy. She flew in a doctor from overseas to see to Jamal and he turned her down because neither he nor his girlfriend wanted to change things up. Teri even became insulted that her word alone wasn’t enough for Cookie and so they got into a minor fight before Cookie was convinced by her son to drop it. She did and she realized that she was only agitated because of what happened with Lucious.

Cookie saw another woman in his lamp and she wanted revenge. She went to another man’s hotel and was seen the next morning wearing her clothes from them before. Cookie thought that anything she did was payback for what Lucious did to her and she had no problem with it until Treasure came to see her. It turns out Treasure wanted to apologize and say it was all her. Her former manager convinced her that she had to give men in power sex if they were ever going to like her music and so she fell into an unhealthy habit that she tried to repeat with Lucious. Only he turned her down. He didn’t want to cheat on Cookie and it wasn’t like before. Lucious was no longer the man that didn’t want to help with the kids or even be there for his wife when their son Andre had the cough.

Lucious was a changed man and he even showed back then that he cared about his family. Like sure he yelled about how the baby was keeping him up at first, but then he called all of these Emergency Rooms and found one nurse that took pity on someone that couldn’t afford to come to the hospital. She told him that it was the croup and suggested that he wrap the baby up before taking him outside to breathe in the cold air. It eventually worked and Andre was fine. Lucious remembered that incident and he came home to be there at Andre’s side now. He wanted to support his son and surprisingly he didn’t run into Cookie. Cookie had learned the truth and it made her feel bad about what she did.

Cookie was warned by her sister that she shouldn’t tell Lucious and so she decided to have a secret meeting with Damon. Damon and Cookie hadn’t had sex. They came close and then Cookie couldn’t go through with it. She remembered all the times it had been her and Lucious, but despite being in pain, she couldn’t bring herself to hate Lucious more than she loved him. She had run out of the hotel room and didn’t think about it again until she realized that Damon might talk. Cookie called him and told that there wasn’t an “us”. He said that there was something between them and there might be, but Cookie revealed that she has to focus on her son Andre. Andre was fighting for his life and Cookie needed to be there for him. And if nothing else, Damon understood her need to put her child first.

Cookie went back to the house and she waited with Lucious and Teri for Dr. Swaine. The doctor told Andre that his symptoms of hair loss and everything else meant that the chemo was working. Andre was getting better and his parents were so happy to hear it that they ended things between them. Cookie would later have the chance to come forward with the truth and she chose to keep her silence because it was best for her family.

Even Jamal and Hakeem chose what was best for their family and so while they were set on finishing this tour, they let the whole world know that their brother was sick and sang a song in tribute for the third Lyon brother.

But it was their other brother, Kingsley, that was approached by Conway about destroying his dad and the man was tempted