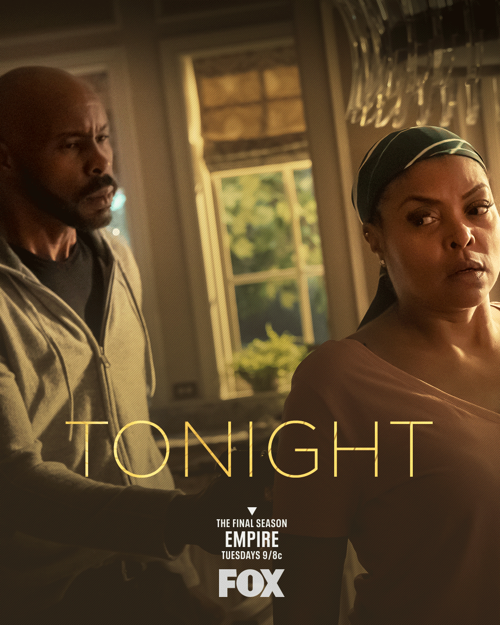 Tonight on FOX their blockbuster drama Empire airs with an all-new Tuesday, October 8, 2019, episode and we have your Empire recap below. On tonight’s Empire season 6 episode 3 called, “You Broke Love,” as per the FOX synopsis, “Lucious’ plan to escape from the Feds finally comes to a head, and Cookie finds herself in a dangerous situation with Damon.

Andre is haunted by a ghost from his past that he can’t seem to shake and Tiana receives backlash from fans over a social media post. Meanwhile, Becky tries her new artist on track and is surprised by an unexpected visit from family.”

Tonight on Empire, Lucious is seen getting shot by someone in the future and falling thru a glass table, then cuts to Cookie getting taped up to a chair by Damon as he seems the laptop Lucious stole.

While at the hospital with Terri and the baby Andre is visited by his brothers ghost to discuss taking Empire completely over from Lucious. Maya and Tiana argue over comments she made on he ig feed about Andres baby.

Her fans feel she is being processed life and tells Maya to stay in her lane, Taina explains how grateful she is to have her son Prince since she was pregnant with twins and her daughter died only leaving her with Prince, she says she is standing by what she said about all life mattering.

Becky is in the studio with her artist and her singing has not gotten any better and she panicks then decides to get a vocal trainer for $10,000. Damon calls Lucious holding Cookie ransom for the laptop or he will kill her, Lucious seems unmoved and doesn’t budge to save her, he plans to use the laptop to save himself and ear his name with the Feds.

Andre goes to his doctor to adjust his medication to stop his hallucinations. Damon interrogates Cookie on her intentions of her spying on him wondering was it for Lucious and she admits finally that even after all Lucious has put her thru and his selfish ways she loves him.

This sends Damon off the edge and he becomes more aggressive after Cookie says them hooking up was a mistake, Damon decided to go after Lucious grandkids since he doesn’t care enough to come save Cookie, this scares her as she vows to kill Damon if he touches her grandkids.

Cookie attempts to escape from Damon and calls him bluff as he cocks his gun to shoot her in the back as she heads towards the door, he shoots and she falls to the ground, he only grazes her leg though.

While Beckys cousin is visiting they argue over Becky struggling and not helping their parents out, then her cousin offers her a business offer to make more income which would require Becky to launder money for him.

Cookie ears with Damon not to kill her grandkids but to take her life instead,as he is about to do that Lucious calls Damon to make a deal instead. Andre continues to have hallucinations of his dead brother Kingsley while at the hospital. Becky and Donna argue over why she would consider laundering money for their cousin, they hash out their long drawn childhood issues and they hash out their issues and Donna offers money to help Becky and her record label.

Damon,Cookie and Dsmon meet in public for an exchange for the laptop, as he’s about to hand it to Damon he throws the laptop in the middle of the street and a bus runs over it, they escape into a cab.

Cookie then reveals she has stolen a sim from Damon’s phone and blackmails the federal prosecutor to drop all charges against Lucious or they will expose her to the press for taking donations from Damon for her to go after Lucious in exchange for donations to her political campaign.