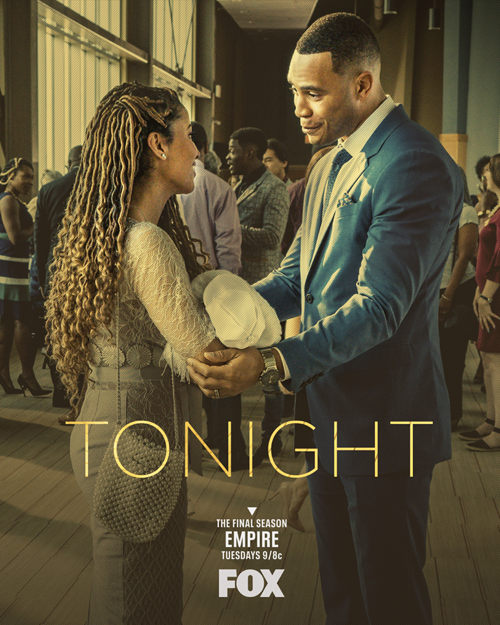 Tonight on FOX their blockbuster drama Empire airs with an all-new Tuesday, October 15, 2019, episode and we have your Empire recap below. On tonight’s Empire season 6 episode 4 called, “Tell the Truth,” as per the FOX synopsis, “A happy family occasion brings the Lyon family back together, but it becomes apparent that no one seems to see eye-to-eye. Lucious, unhappy with how Empire and the Empire movie are progressing, springs into action and comes face-to-face with demons from his past.

Meanwhile, Cookie reaches her breaking point and considers seeking help and Andre encourages Tiana to smooth over the controversy she created for the company.”

Tonight on Empire, the Lyons are at baby Walkers christening and gathered at the church, Lucious excused himself as he has some business to handle between Damon, they are in a parking lot with guns drawn at each other and come to compromise to leave each other’s families alone.

Becky and Porsha attend a workout session and asks her instructor to play her artist Lala in his classes to break her out, and she vows to get Tiana on the track. Hakeem gets in character to play his father in the movie while Lucious walks in and shuts everything down screaming that the wardrobe is wrong and the vision and details are bad and he takes overproduction.

Andre asks Tiana to clear her statement about her stance on pro-life saying it will detail her career, she refuses but he persists. Cookie and her co-hosts on her TV show get into an argument over whether Superstars should take nude photos with the fear of it getting leaked.

One co-host makes Earl’s about Lucious and Cookie’s personal relationship and sends Cookie over the edge making remarks about the co-host husband not wanting any nude pictures of her which sends her crying as the co-host reveals her husband left her for the nanny.

Backstage her publicist asks her to make an apology and says she has to attend therapy, where she clashes and refuses to open up. Giselle and Becky ask Tiana to be a guest on Lala song but she declines stating Andre would be against it until she clears up her statement.

Lucious and the movie writer go over the script when Tracey barges in saying she wants a role in the movie. Tiana takes the stage to perform and addresses her pro-life statement and instead of taking things back she says she stands by her words of all life matters and proceeds to perform and the investors walk out saying Andre wasted their time.

Becky and Giselle head to meet with Andre to try to ask him. About letting Tianna collab and he refuses stating he knew they had a part in what Tiana did on stage and says no Empire artist will work with them, Giselle comes up of a plan to sign Tiana stealing her from Empire.

During dinner Lucious is upset that Tiana refuses to fix her remarks, Cookie argues back that she’s entitled to an opinion the family bickers Lucious staying that Andre could not control and run things properly while he was away stating Andre mishandled the company and Lucious stands up and knocks over all the food from the table and storms off in anger.

Andre rushes to go so speak to Tiana to prove Lucious wrong. Becky and Giselle argue about signing Tiana and both women reveal they both had abortions, Giselle states Tiana has a right to be heard but Becky states women can do what they want with their bodies and storms off.

Cookie talks to Lucious and says she forgives him for trying to get Andre to kill himself and wants to move on and put the situation behind them, he states he doesn’t forgive her for making him think Cookie was eeping with Damon, Cookie argues she did that to break free from Lucious’ emotional roller coaster he walks off leading Cookie to think he’s not in love with her anymore.

Tiana walks into Bossy records and reveals to Becky that she’s decided to sign to her record label, Becky is upset that Giselle went behind her back with the deal and doesn’t feel she’s a partner at the label.

Tracey finds an old nemesis of Lucios called Philly street to the movie set and both men stare each other down in a menacing way. Cookie reconsiders going to therapy and seeks her therapist help and begins to finally open up and in the closing scene, we see Cookie getting into a car that explodes.