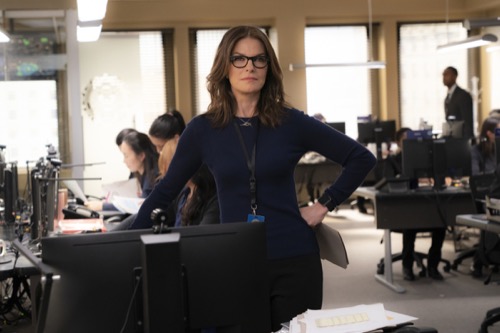 Tonight on CBS FBI premieres with an all-new Tuesday,  January 15, 2019, season 1 episode 12, “A New Dawn,” and we have your FBI recap below. On tonight’s FBI episode as per the CBS synopsis, “An alt-right provocateur is murdered after giving a speech at a university in New York City. Maggie and OA investigate the school’s more extreme political groups and rely on OA’s sister, Amira, a student, for help.”

A white nationalist guest speaker is killed in his hotel room after someone throws what looks like a molotov cocktail in his room and runs. Twelve others are injured with smoke inhalation. OA and Maggie arrive on the scene. They look around before heading back to the office to learn more about the victim, Nathaniel Bain. He has plenty of enemies because of his political point of views.

OA and Maggie return to the campus where the crime was committed. Hundreds of students are out protesting. OA’s sister goes there. They run into her. OA doesn’t approve of her protesting too. They head across campus to meet with a student at a club where a student works made hateful tweets about Bain. On their way out of the building, OA and Maggie duck to avoid a drive-by shooting. They chase after the vehicle and manage to stop it by shooting the driver. Maggie clocks the shooter inside who tries to make a run for it. They bring him in and get the location of his clubhouse.

At the clubhouse, they find glass and bring it in to compare it to the glass found in Bain’s room. They are a match. Meanwhile, Kristen continues to track social media and the hashtag, New Dawn. They believe it is a campus-based political group.

OA and Maggie go to see a teacher who teaches politics on the campus. They question him about a student named Claire who is of interest and connected to the group. The teacher tells them she left school a while ago and has been in London. Kristen calls to let them know she works at a local coffeehouse. OA knows it, his sister Amira works there. They go to talk to her. She tells them what she knows and wants to help. OA tells her no but she doesn’t care. She is a journalist. After some back and forth OA agrees Amira can track her connection to Claire down and make an introduction and that is it.

Maggie and Amira arrive at a club. Kristen and OA listen in outside. Amira brings Maggie to meet her connection. Amira pretends to need help after some of her friends where beat up by white nationalists. Maggie poses as someone looking to get in with New Dawn. Maggie has a chip on her shoulder which attracts Amira’s connection and makes her feel safe. Maggie is brought into the back room where she sees weapons.

Maggie is approached by 2 guys that are in the back. They want to know who she is and why she is there. She tells them. Amira and her connection Heather come in. Heather vouches for them. The men want to see how serious they are. He demands they all take a ride to do a drive by. OA and Kristen pull them over just as the men wait for Maggie and Amira to shoot. Maggie plays the punk and gets out with her phone, pretending to scare off the police by recording them for harassing innocent citizens.

Back at the club, Maggie sees Heather with a guy. She buys them drinks and takes the male’s glass after. Back at the office in the lab, she is told the prints match all of the ones on the glass at both locations. He is the son, Conner, of the college’s president.

OA checks in with his sister. She wants to continue to help. OA tells her no way. Later, after they cannot find Conner they go to see his dad who is in disbelief. He wants his lawyer. Meanwhile, they tap the phones and listen in to the father and son talk. Conner admits to being involved He lets his dad go in a hurry. Maggie and OA track him down. He is in the middle of trying to kill himself by hanging. He passes out. Maggie resuscitates him.

At the hospital, Conner admits that it was the professor at the college who runs the political group. They rush to his house and find bombs. The professor isn’t there. He is on the run. They start their work trying to track him down. They track his vehicle by GPS and canvas the area when they find his car empty. They find him walking and bring him in. During the questioning, the professor tells them he isn’t responsible for his students who fulfill his visions. Kristen interrupts. She has discovered that Heather is on her way to bomb a location and Amira is with her. OA goes crazy. He gets their location and tracks them down. They stop Heather just in time. Amira cries and hugs OA. He tells her he isn’t mad, he is proud.