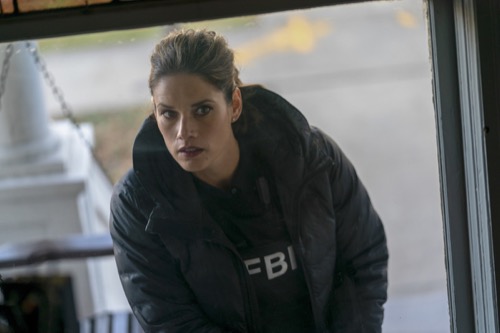 Tonight on CBS FBI premieres with an all-new Tuesday,  February 19, 2019, season 1 episode 14, “Exposed,” and we have your FBI recap below. On tonight’s FBI episode as per the CBS synopsis, “After an investigative journalist is murdered, the team uncovers information linking the suspect to past cases. The victim’s death also strikes a chord with Maggie, leaving her desperate for answers in regard to a traumatic event in her personal life.”

A man is gunned down in the park by a male who chases after him in the dark. Maggie and OA are called in. The victim is a reporter named Rob McCann. Near the body, the words “vermin” are written on a park bench.

The next day, Maggie and OA meet with her friend Paul. He is an editor who knew McCann and Maggie’s husband, Jason, who was also a journalist. Kristen and Jubal come across a person of interest who called out McCann as a vermin in a forum. Maggie and OA bring him in.

Maggie lets the situation get the best of her when she interrogates him. He tells her he went to the park but didn’t get out of his car. He did see a jogger though in a hoodie who looked mysterious. Kristen tracks down video footage of the park from a restaurant nearby. Dana recalls a similar case from a year ago. After doing some digging and comparing the two shootings, they determine the jogger in the park who killed a state senator last year is the same man who killed McCann.

Maggie and OA visit McCann’s wife who says he was working on a big story that he said was going to possibly win him an award. They track down a bar he was on the same day and talk to an employee there who talks about someone who left right after McCann. They figure out that man was an NYU teacher named Will Patterson. They need to talk to him but aren’t able to when they arrive at the scene of a car crash. Their suspect is dead after hitting a tree. After some additional digging. Kristen realizes Patterson was a source, not a suspect. It looks like Patterson was killed on purpose. They head to his home. It looks like someone was there looking for something. They find the paperwork and locate emergency contact. They head to see the man. He is a former flame of Patterson’s. He shares that the Will was very smart and sought after for his ability to analyze large sets of numbers.

Back at the office, Kristen has nailed down a new suspect who Maggie realizes is in an old video of her and her husband.

Maggie shares what she has found on the video. He gives her a speech that it is human nature to look for reasons after someone dies but it doesn’t look like their suspect in her video.

Dana pulls Maggie aside to tell her how dangerous their suspect Frank Cutler is. She understands. Maggie and OA head to the bank to search a deposit box. They come up with three pills and cannot figure out why they are in there. Just then, a teller lets them know that Frank Cutler is there. They head out front and come face to face with him. They tell him to get on the ground but he doesn’t listen. They both shoot him.

Kristen goes to a specialist with the pills who links them back to a drug company. The drug is new, called Lucasil. It is used for childhood leukemia. According to a notebook from Rob, a batch of the drug was tainted and distributed. He was going to expose the company. Their leads run them back to Will’s former flame who was behind it all. They get him as he attempts to go on the run.

Back at the office, Dana gives Maggie a card. It is for a woman who helped her through some tough times. OA comes in and tells Maggie she was right all along. It was Cutler in her video. Maggie heads to the husband where Cutler is. She is upset. She yells at him but he is in critical condition and flat lines in front of her before she can get answers.

OA comes to the hospital to comfort Maggie who is mad at herself for missing all of the signs, that her husband was murdered and not in a car accident. The surgeon comes out hours later and tells Maggie that Cutler didn’t make it.