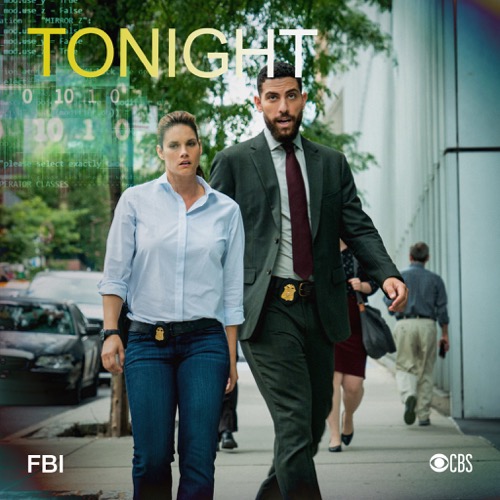 Tonight on CBS FBI airs with an all-new Tuesday, October 8, 2019, season 2 episode 3, “American Idol,” and we have your FBI recap below. On tonight’s FBI season 2 episode 3 as per the CBS synopsis, “A front-running female presidential candidate, Valerie Caldwell, is targeted with a car bomb, and OA and Maggie must hurry to track down the bomber before they strike again.

The case leads them to wonder whether this person is targeting Caldwell for her political aspirations or something else.”

NY Congresswoman Valerie Caldwell was almost killed. The Presidential candidate was on her way home when she remembered she forgot her purse and turned back from her car. It was around this point that car bomb went off. It was an open secret that Caldwell drove herself around town and so the bomb was clearly meant for. She however was lucky. A member of her team was not. Alex Peters died instantly. Caldwell hadn’t taken the news well when she was told about it and if anything its made her want to disregard hospital rules.

Caldwell wanted to leave the hospital. She said that she couldn’t waste her campaign by sitting around and that if Peters had to die then it should be for something meaningful. Like her becoming the next President of the United States. Caldwell was only convinced to stay at the hospital by the FBI and that’s because they said it wasn’t the safest place for her. With her safety guaranteed, the FBI could do their job a little easier. They didn’t have to worry about her and they focus on her numerous enemies.

One such character had posted a meme of Caldwell exploding. The FBI connected the meme to an anti-Caldwell account and they thought the account led back to a Ted Harris. It actually led back to Sasha Harris. Harris was an angry young woman and she considered Caldwell to be the devil. She said that Caldwell sent her brother to prison for a crime he didn’t commit. She also claims that Caldwell created evidence to back up her story and that she gave her brother maximum sentence because he was a black man.

Sasha has means and opportunity. She took a catering job at the fundraiser that night and was seen fleeing the car park after the explosion, but Sasha claims that she was only there because she wanted to confront Caldwell. She said that she was going to record Caldwell admitting to how she puts innocent black men in prison. She thought if she confronted the other woman that Caldwell would reveal she was evil and that the whole world would find out this “truth”. Sasha was clearly deluded. Maggie and OA checked her brother’s case and it was pretty clear her brother did it. There were three witnesses and DNA. He wasn’t someone innocent guy that Sasha believed he was.

The guy wasn’t even upset about Caldwell. Wayne Simmons has said he’s moved on and that he was just living his life. It was his sister that was obsessed. She couldn’t stand that Caldwell might become President and so she’s been waging a war over the internet. Only it wasn’t enough to arrest her for murder or attempted murder. Harris didn’t know anything about making bombs and the signature of the bomb that was used was traced back to a man in prison. It turns out the prisoner sells his skills to people in the prison and he would have said more, except his lawyer suddenly showed up out of nowhere.

The lawyer also refused to let Daniel Harley talk to the agents. Len Barker claimed his client had nothing else to say and so the FBI had to use other means. They tried tracking who had contact with Daniel. The list was just too long to go through and so they were really back at square one. They looked into possible enemies of Caldwell. They ended up finding footage of the street that night and it showed a mysterious car that had been stalking Caldwell. The driver just so happens to be Chinese Military and so the Chinese were spying on a Presidential candidate.

They were willing to admit as much. They also said they had nothing to do with the bomb and that they were following her because they were trying to find dirt on her. The only thing they could find was Wayne Simmons. Caldwell had been talking about him and she thought he could destroy her campaign. The agents didn’t know why because they had talked to Simmons. Simmons seemed like he was adjusting to life on the outside and there was no evidence showing he threatened Caldwell in any way.

The one thing that stood out was the check. A shell company wrote a check for fifty thousand dollars and Simmons cashed it. Simmons was also seen talking to Len Barker. Maggie and OA had questioned Simmons about it and he said that Len was crazy. The guy approached him out nowhere because he said that he wanted to reveal to the world how evil Caldwell is. Simmons said he ignored Len when Len tried to bring him on some scheme. Simmons also wouldn’t talk about the money and he quickly lawyered up when pushed.

So, that only left Len. Len used to work with Caldwell at the District Attorney’s office and then she fired him. She hasn’t seen in almost a decade since that happened. She said she had to let him go because he was acting erratic and wasn’t reliable. Caldwell also suspected drugs at the time. She couldn’t prove it and so that wasn’t why he was fired. He was just fired on conduct unbecoming. Len seems to have hold a grudge since then and so the agents talked to his colleagues. They found out from Len’s friends that Caldwell got rid of him because he found evidence she was corrupt.

Len said that there was proof Simmons was innocent. He came out after the trial and he brought it to Caldwell, but she destroyed it. She didn’t care that she sent an innocent kid to prison. She just didn’t want it to interfere with her own record. Caldwell was evil as it turns out. She sent innocent men to prison because she wanted to be known as being tough on crime and so Len tried to stop such a woman from becoming president.

Len was later arrested at another fundraiser where he again tried to stop Caldwell, but the FBI got to him in time and they stopped him from carrying out anything else.

Only Maggie did provide the evidence from the whole case, including Caldwell’s misrepresentation of herself, to the District Attorney. So maybe there was a way to stop her after all.