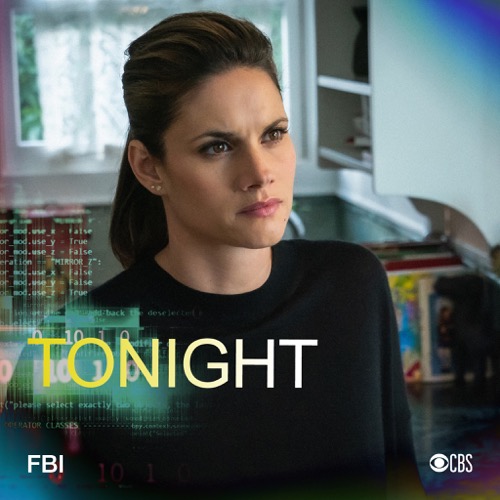 Tonight on CBS FBI airs with an all-new Tuesday, November 12, 2019, season 2 episode 9, “Codename: Ferdinand,” and we have your FBI recap below. On tonight’s FBI season 2 episode 9 as per the CBS synopsis, “When the team digs into the circumstances surrounding a fatal car crash that resulted in the death of a photographer, they realize there is more than meets the eye.

Also, Maggie sympathizes with his widow, Annie Weber, when she notices similarities with her own husband’s death.”

A couple of driving during the night comes across a car accident on the road. They stop to take a look inside the vehicle. There is a man inside and he is unconscious possibly dead. They call 911.

Well at a light, bells are rear-ended. She jokes with the guy who hit her that she will have to arrest him since she works for the FBI and it is the destruction of government property. In a rush, she gets his car and head to the office. They are updated about a man named Frank, a photographer who was found dead in a car accident. The whole thing looks very mysterious so they need to look into it.

Bell and OA meet with Frank’s wife to ask a few questions. She was is very emotional.

At the corners office, it is revealed that a man came in and installed Frank’s file. His camera bag is also missing. Jubal malaise this new information well OA and Bell go through Frank’s car.

One of Jubal’s intelligence analyst believes Frank’s car was hacked, the airbags did not deploy until five seconds after the car hit the tree.

Bell and OA pay a visit to the couple that called 911. They don’t remember much just seeing a gold Chevy. On their way out of the house, they noticed a suspicious vehicle and pull him over. It’s the man from the video footage taken at the coroner’s office who took Frank’s file. He tells them he is with the agency.

Back at the office, the man, Mr. Collins, reveals that he is with the CIA. He hired Frank to tail a Russian diplomat and it appears that diplomat or an agent had Frank killed. Jubal introduces Collins to the team and shares the new update.

Bell gets a call from the guy who hit her. He wants to take her out for lunch, she giggles a little but excepts. She gets off the phone quickly so her an OA can continue their investigation.

One of the analysts manages to get video footage from a park where they find their agent who killed Frank. She’s a woman. They ID a scar on the palm of her hand well Kristen and Scola discover a burner phone was used near the accident. 08 and Bell go back to the couple who called 911. They talk to the wife when she takes off her gardening gloves Bell recognizes the scar on the palm of her hand. The woman realizes this and runs. It appears she is the agent.

OA and they’ll go through the couples home. They discover a missing key as well as a wastebasket full of warm shredded paper.

Jubal believes the couple is headed to the airport while Collins thinks they are two steps ahead and they need to think otherwise. One of the analysts decodes the mystery behind the key and discovers that it belongs to a storage unit. OA and Bell get there to find nothing but the odor of gun oil. Somebody runs by them. They begin a game of cat and mouse in the maze of storage lockers. Bell is attacked from behind by the female agent. They wrestle but Bell is strong and takes her down.

Now the team has to figure out what the husband is going to do now that they have the wife in custody. Back at the office, Bell’s boss wants her to talk to the female agent. She believes she can get some answers from her.

She heads in to talk to the female agent to find out where her husband is and what he’s up to. Bell uses the agent’s love for her husband against her. But the agent doesn’t open up only shares that her husband Ben is traveling by train. Bell dropped the bomb that her testing came back, she is pregnant. The woman gives up her husband’s target, a Russian man.

The team does their best to track down the man through his loved ones and friends. He is just a college student. His girlfriend shares that he is at the track. OA and Bell show up there. Bell gets Ben in the press box with a rifle while OA secures the man behind the table on the field. Bell is forced to shoot Ben in the hand before he shoots her.

Bell gets back a preliminary report on the man who hit her. They held him for 3 hours. When she sees him she asks him out but he turns her down, citing too many flashing red lights. Besides he is sure she is too busy.