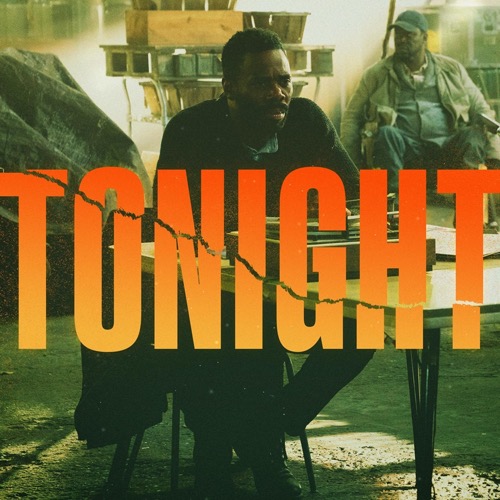 On AMC tonight Fear The Walking Dead (FTWD) airs with an all-new Sunday, June 23, 2019, episode 4 and we have your Fear The Walking Dead Recap below! On tonight’s FTWD season 5 episode 4 called, “Skidmark,” as per the AMC synopsis,  “Charlie makes a friend, while Strand, Wendell, and Sarah’s rescue mission hits a snag; Alicia, Luciana, and Morgan struggle to fulfill their mission.”

We see Daniel in his warehouse, he takes his kitten and goes out for more supplies. Not only does he load up on more stuff, but he also finds a truck. He and the kitten head back to the warehouse, he makes dinner for both of them, they sit down and eat.

Victor goes back to Victor’s warehouse, he sends Charlie in to check the area before they come in and when Daniel’s cat starts meowing and she hears Daniel coming out of the door, she jumps in the back of his truck to hide; but Daniel gets inside and drives off with her inside.

Dylan is with Luciana, Morgan, and Alicia; he tells them that they saw a camp when they first got there, he shows Morgan where the camp is on the map.

Victor is thrilled, he found Daniel’s plane. Victor sees a note on the plane and realizes that Daniel’s knows he is there. He radios Daniel who tells him that it is there when he gets back, he going to make good on his promise. Daniel tells Charlie to show herself, he knows she is in the back – she does. Victor tells him not to hurt her, he assures her that he won’t, he is going to save her from Victor.

Charlie radios Victor, he asks Daniel where are the instruments. Daniel tells Victor that he has the instruments; they are on their way back, but there is a herd behind them. Victor tells them to lock the gates, Sarah says she knocked down the gate to get the plane out.

Daniel tells Charlie to take the truck, the instruments and go to Victor, he is getting out.

Daniel walks with his radio and redirects the walkers. He is on the radio with Victor and tells him to tell everyone about his lies. Victor lied to Daniel about his daughter, and when he finally found her, it was too late. Victor wasted time that Daniel didn’t have, he didn’t get a chance to tell her what he wanted her to know. Charlie wants to help Daniel.

Max and Annie are almost done in when Morgan and Alicia walk up and save them just in time. All of a sudden, about 10 or 12 people come out with guns and make a circle around them.

Daniel is still walking, he is getting slower, the walkers are catching up to him. Victor, Sarah, Wendell, and Charlie are out looking for Daniel – they find him, he tries to make a run for it but ends up under the truck to get to safety. Victor gets out of the truck to attract the walkers so Daniel can get out of there. Victor has the plane in the back of the truck and turns on the propellers, he slashes one walker after the other until there is no more oil left and the plane is covered in blood. Victor saves Daniel.

Annie tells everyone to put down their weapons. Max tells them they will help them find Al, but they can’t leave.

Charlie asks Daniel what he was going to tell his daughter if he found her. He says that every day brings an opportunity to start over again. Daniel says he is leaving, there is a reason for his being there, now he must go.

Luciana reaches out to Victor, he says they managed to help someone with it, but in doing so, the engines are in disrepair. Daniel tells Luciana that they need to fix the plane.

Morgan and Alicia are walking with Annie, Max, and others; Alicia knows this place is not safe.

All of a sudden Max tells everyone to get down, a helicopter is above them and Alciia asks who they are, Annie says it is “them”, meaning some bad people.