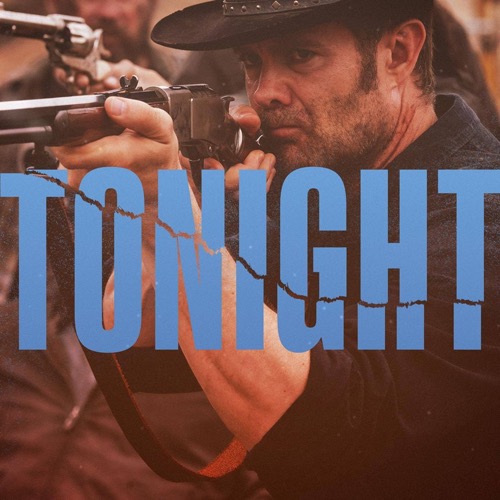 On AMC tonight Fear The Walking Dead (FTWD) airs with an all-new Sunday, September 8, 2019, episode and we have your Fear The Walking Dead Recap below! On tonight’s FTWD season 5 episode 13 called, “Leave What You Don’t,” as per the AMC synopsis, “Logan has his motives exposed; Sarah, Luciana and Dwight negotiate for the mission; Alicia and Strand rush to help a new survivor; a new threat arrives.”

Tonight’s episode opens with us seeing Logan, he drops a box and writes on it, “take what you need, leave what you don’t.” Then a lady named Sarina radios him and she needs help, he radios Layton to go out and help her. When Layton doesn’t answer, Logan tells her he is going out there himself. Sarina is scared, Logan keeps talking to her, he is running out of gas. He runs down the road after her, but it is too late. He finds her, but walkers have attacked her. Logan looks so upset, then he shoots all the walkers. He runs out of the building and starts to cry. Logan sees five people coming on horseback, they are all women. One asks if Logan was the one trying to help the woman, he says yes. One of the women’s name is Jennie; they’ve been watching him, listening and they want the same thing he wants, only bigger and better.

We see Luciana and Wendell, they are working on pumping oil when they hear a,truck; but it is not who they think it is. Logan’s rig drives through the gates. Logan gets out with his people, Wendell asks what he is doing there. Luciana tells him to leave, Logan says it is like the boxes say, take what you need, leave what you don’t, and they need all of it.

Alicia is still painting her trees, when they hear someone at mile marker 65 who needs help; she radios June who says she is on the way to the oil field, they think maybe Logan has found it. Alicia wants she and Strand to go help the person at mile marker 65, but Strand is hesitant, says maybe it is a trap by Logan.

At the oil field, Logan has Luciana and the rest down on their knees and have taken their weapons. Logan asks Luciana if she is going to help them make the fuel and she says no.

Logan’s lackey who tied up Dwight is in a pickup and hits a roadblock, he radios Logan who tells him to move it. When he goes to move it, Sarah jumps out and Dwight is not that far away. They hold the guy at gunpoint and tell him to get back in the truck with them.

At the oil field, Luciana tells Logan that they should put out the fire because it is too windy. Just then. Sarah and Wendell show up. From afar, John shoots a walker and says over the walkie talkie that that was just a warning. Logan tells Sarah that he hopes that she has had her fun, the two of them know how this ends. Logan knows they are not going to kill him. and says as much to everyone; he tells John that he is bluffing. Sarah tells Logan that what she did to Clayton got him killed and she regrets it every day. Wendell tells Logan that she is right. Logan says he will be reasonable the kids go if they work the fuel.

The kids don’t want to leave, they insist that they can help. Luciana tells the kids that they are leaving, so does Sarah.

Alicia and Strand are on their way to help the woman when they run out of gas. Alicia radios that if there is anyone nearby they could really use their help.

Sarah asks Logan what the gas is for, he says never mind the details. Logan tells her that his people are going to help and he has her to thank for it. A long time ago he got a call for help, Clayton wasn’t answering, he went himself and didn’t get there on time – all because Clayton wasn’t there, because she stole his rig. He tells her that if she really wants to help, she should just walk away because nothing they do is going help. June radios that everyone has to get out of there now, walkers are falling off a cliff into the area.

Its dark, they are still producing oil and the walkers continue to fall – Sarah is having a hard time just trying to keep Wendell safe. Wendell screams out to John that they need more weapons. June tells them that they can’t clear it, they need to get out of there. All Logan can think of is producing oil. One of the women asks Luciana to stop the fire, she says it is too late, the fire is too big. Logan is stuck, a walker is at his foot and one of his people see it and don’t help him. Sarah is in her rig, she gets back out and says she can’t leave anyone behind. She tells everyone to get back in the rig and wait two minutes for her.

Alicia and Strand are on foot still trying to help that woman.

Sarah has saved Logan, he tells her that she should have left him out there. He says that she has prolonged the inevitable, if the smoke doesn’t get them, the dead will. Logan and Sarah hear a girl on the radio, mile marker 65, who is looking for help. Logan takes the mic, he tells her that she is on her own, and the sooner she accepts that the sooner she will know what to do. He tells her to look around, there is a gun. The girl tells Logan that there is only one bullet in it, he says he knows and he is sorry. She tells him not to be, it is better this way. Everyone is listening in over the radio as the gun goes off as the walkers bust open the door and come at her. More gun shots, it is Russ, Alicia helped him and thought he would pay it forward.

John is still shooting walkers when one comes behind them. The rabbi is there with two more to help.

Alicia finally made it to the girl, she sees Russ and she tells him that she was hoping that he was listening. The girl tells them that they should leave, she was running away from people and they could be looking for her. Alicia assures her that she is now one of them and has nothing to worry about.

Its morning, Sarah and Logan come out of the shed to find everyone else. All of a sudden, Logan’s people raise their guns and he tells them to put them down. They put them down. Logan tells them that shit happens and you start to doubt everything that you were about. His partner Clayton, he never doubted himself. All of a sudden, people on horseback shoot Logan and his people. The woman in charge on horseback tells them that they had to kill Logan because he couldn’t be trusted.

And, they have been watching them for a long time now and think they can work with each other. She says they can help each other. Wendell tells her that if they want the gas they will have to cook it themselves. The woman says that if they don’t help, then they will become less essential; her people raise their guns. Luciana tells them to wait, she can stay and make it, she knows how to do it. Luciana tells June to take a tanker of gas and find that place they are looking for. June leaves with everyone except Luciana, she stays behind.