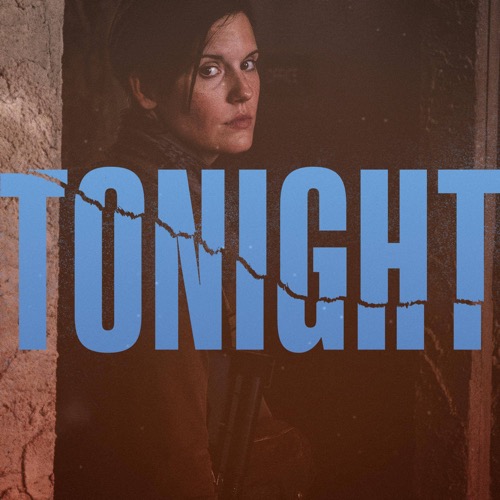 On AMC tonight Fear The Walking Dead (FTWD) airs with an all-new Sunday, September 15, 2019, episode and we have your Fear The Walking Dead Recap below! On tonight’s FTWD season 5 episode 14 called, “Today and Tomorrow,” as per the AMC synopsis, “An encounter with a survivor sends Al and Morgan on a mission into a dangerous settlement. There Al chases a lead while Morgan has an epiphany. Elsewhere Grace and Daniel make a connection.”

Someone is watching Morgan’s tape that he made where he talks mostly about his son Dwayne. It is actually Morgan, he watching his own video. Al is there, she tells him that they should catch up with the convoy, they only have about a day’s worth of gas left. Morgan agrees, but he wants to drop off some more boxes first, they all make a difference. Al is checking the back up the pickup, she notices there are only two can of gas, there were three. She grabs her rifle, and she and Morgan crouch down.

The find the guy who stole the gas can, he was putting it in a vehicle for himself – he pulls a knife on them, Morgan tells him to lower the knife. All of a sudden, four men on horseback approach, the man says, “oh no they found me,” and the three jumps in the vehicle to hide. All notices that the gas cap is on the ground, she opens the door to grab it, just in time. The men leave, Al tells him to start talking. Morgan tells him it is ok, they can help him, the man says, that’s what they said.

We see Daniel and Grace, she is on the roof gathering solar panels and he is happy that she is thinking of the future. She gets a call over the radio, that was the convoy, they lost the oil fields.

Al videotapes Tom, he was living in a condo complex before the dead started walking. He says he got lucky, he was able to stay there for a long time, but resources started to fail. The people on the horses offered to help, but they tried to kill him. They said what they were doing wasn’t about today, it was about tomorrow and his sister is still there.

The complex is called Paradise Ridge and we see the men on horseback enter the gates. Al tells Tom that she really doesn’t understand what they want from him. Al says she is going in to save his sister, Morgan doesn’t want her to go in on his own. Al says she can get in, get out, without anyone knowing she was in there. She asks him to trust her and to take Tom to safety.

Daniel and Grace blew the transmission, their load was too heavy. She tells him that there is a place they can hold up for the night, it’s a bright night so they can make it on foot. Daniel grabs his cat and they start walking.

At the complex, the walk distracts the gatekeeper and Morgan and Al sneak in. They hide in the stables and see a huge tanker full of gas arrive along with the guys on horseback. Morgan is upset, he thinks they may be took over the convoy because they have the fuel; he wants to go reason with them and Al tells him that if they find out he is there they are going to kill them.

Daniel and Grace are walking, he tells her that for a long time his cat was all he had. All of a sudden, a few walkers come on to them. There are too many, the two grab the cat and start running.

Morgan is in one of the apartments looking for Tom’s sister. He tells Al she is not there and asks her if she found what she is looking for, she says not yet. All of a sudden, Morgan hears a walker behind a door and is surprised that they would have them in the complex. The walker is banging on the door, Morgan goes to open it and finds the walker and he pushes it over a railing, she falls to the ground. Morgan tells Al that they have to go now. All of a sudden, Al is attacked by the same walker and falls into a pool. Morgan says they need to get the hell out of there when the lights come on and they are surrounded.

Al and Morgan are sitting on a couch when Virginia walks in, she offers them some jam. Morgan asks how she knows their names, she said that she watched the tapes. Al asks Virginia what she did to their friends, she said they are fine unless they consider Logan a friend. She goes on to say that they are the future and wish they would stay there. In the end, Virginia lets Morgan and Al leave, with their weapons and any video that Al took.

Grace wakes up Daniel, they did arrive in a safe place after all. Daniel tells her that Charlie changed everything for him, he thought he knew what he wanted until he met her – she changed him. He asks Grace to keep her eye on Charlie and his cat if things don’t go well for him. She tells him that back at the mall, she decided to start living for beyond the current day. He tells her that she is doing well, she has already changed Morgan. Grace sees a guitar, she picks it up, and both she and Daniel start singing.

Al, Morgan, and Tom are in the pickup driving; he apologizes to them for making them go in the complex to look for Janice, and she wasn’t even there. They run out of gas, they stop and Morgan fills it up. Morgan radios Grace, Daniel answers and tells him that she is not feeling well. She tells him that she thinks it is happening. Morgan wants to know where she is, they are coming. Daniel tells him where they are, Grace grabs the mic and tells Morgan that she hopes she sees him again.