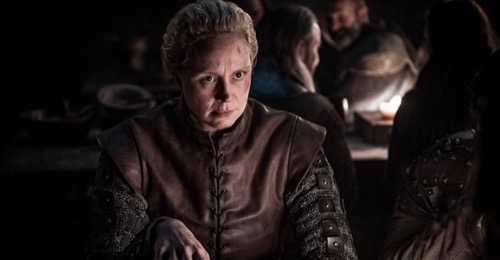 Tonight on HBO, Game of Thrones is back with an all-new Sunday, May 12, 2019 season 8 episode 5 premiere and we’ve got your Game of Thrones recap down below! On this evening’s episode as per the HBO synopsis, “The new alliances and betrayals will determine the fate of everyone in Westeros while the Night King finally breaches the Wall alongside a full-grown dragon under his command.”

Tyrion comes to Daenerys. She already knows what he is going to say – someone has betrayed her. He tells her yes. They know about her and Jon and their relations. Daenerys is angry Tyrion did not bat Sansa down for betraying her as their queen and at him for not defending her. They both agree that it doesn’t matter now.

Greyworm comes in with his men for Varys. They bring him out on the beach in the dark with Daenerys and Jon there. Tyrion admits to Varys that he told their queen. Varys hopes he deserves this and that he was wrong, saying goodbye to Tyrion. Daenerys sentences Varys to die. Dracaryssets him on fire.

Later, Daenerys gives Grey Worm Missandei’s only possession when she crossed the Narrow Sea. He throws it in the fire. Jon comes to see Daenerys. He doesn’t want the throne. He told Sansa that. He tells her he will always love her as his queen. Daenerys asks if that is all she is to him, his queen. She kisses him. He reluctantly reciprocates. She pulls back upset.

Daenerys talks to Tyrion who is trying to get her to think twice before she attacks the Capitol. She doesn’t care. She tells Grey Worm to ready his men. Tyrion begs she calls off the attack if Cersei’s people change their man and ring their bells for mercy. Daenerys shares that Jamie was stopped trying to get past their lines. He didn’t abandon Cersei after all and for that Tyrion was wrong.

Tyrion tells Jon and Davos of Daenerys’ plans. Tyrion asks Davos for a favor involving smuggling. Meanwhile, Clegane and Arya have arrived at a set of soldiers. She tells them she plans to kill Cersei.

Tyrion gets past the guards to see Jamie who is holding him. He tries to talk some sense into Jamie, but Jamie isn’t listening. He thinks Cersei might win this. Tyrion tells him he knows the Capitol and it is going down. He tells Jamie to take him and Cersei to safety somewhere else, escape below the Red Keep and move on, start a new life. Tyrion will pray for Daenerys’ mercy once she takes the throne. And Jaime and Cersei will be free and safe to start over.  Jamie agrees. Tyrion hugs him, praising him for being his brother, the person who helped him survive his childhood.

Clegane and Arya make their way into the Capitol while Daenerys’ army makes their way outside the walls. The people inside start to run to hide. Jamie is on the street inside, making his way to Cersei with a hood on.

Tyrion tells Jon to surrender if he hears the bells as he moves his men in. Cersei watches from high up in her castle with a smile.

Outside, people of the Capitol are locked out including Jamie. Everyone begins to push and shove. Jamie looks for an alternate route in.

Out on his ship, Euron hears something in the distance in the clear blue sky. He looks up to see Daenerys on her dragon. She circles, her dragon lights several ships on fire. Euron jumps from the flames. Across the way. Daenerys and her dragon blow down the Capitol’s walls with fire, letting Jon and his men in. Dracaryscontinues to wreak havoc, killing Cersei’s men as Jon and his men fight on the ground. Cersei watches from high up with a look of concern. Qyburn delivers upsetting news of their casualties but Cersei has faith they will win.

Dracarysisn’t done, as he continues to fly with Daenerys. He perches on a castle above as Jon and his men are face to face with Cersei’s army. After the dragon lets out a stern warning, Cersei’s men drop their swords. Tyrion watches from a distance as smoke comes from the Capitol. He waits for the bell to toll. Seconds later it does. Cersei rolls her eyes as Daenerys watches from a distance. She is still angry. Daenerys rides Dracaryscloser in, containing to kill those in her path with fire and rage. Tyrion cannot believe she is continuing. Her actions prompt Grey Worm to seek revenge too as he throws a spear at one of the men who threw down their sword. All hell breaks loose as the men fight. Jon joins in. Dracarys continues to burn away the Capitol. Tyrion is visibly shaken. Women and children run and hide from the violence. Jon watches in disgust. He saves a woman from a violent soldier, telling her to find somewhere to hide. Dracarysmakes his way close to where Cersei stands. Her eyes go wide.

Ready to jump in the dingy alone left for him and Cersei, Jamie comes face to face with Euron. Euron tells him how he is with the Queen and he plans to bring his head to her. The two battle. Jamie is stabbed straight through his side by Euron. He drops to the ground. Qyburn comes to tell Cersei that the Red Keep is no longer safe. She begins to cry but goes.

Out of breath, Euron lay on the ground making cripple jokes. Jamie manages enough strength to grab a sword. He wrenches it into Euron’s gut and twists. Knowing death is near, he declares that he managed to get Jamie – he is the man who killed Jamie Lannister. Jamie moves on.

Inside the Red Keep, Arya is on her way to kill Cersei. Clegane tells her to stop. The dragons, fire or collapse will kill her. Arya takes his advice and thanks to him. Meanwhile, the walls are coming down all around Cersei and her men. Clegane meets Cersei and her men on the stairs. Several of her soldiers try to take him out but he’s too quick. Cersei asks Her Gregor to stay by her side. He doesn’t listen. Qyburn reprimands him. Gregor throws him into some rocks, killing him. Cersei moves on by, leaving Clegane and Gregor to fight. She comes face to face with Jamie. She cries as the two hug.

Clegane manages to get the upper hand and stabs Gregor. Gregor pushes him down the stairs before pulling the knife out. He comes down after him.

Outside, Arya tries to make her way out with rubble falling all around and people running and screaming. She falls to the ground. A woman helps her up before she is pushed in the crowd. Meanwhile, Clegane continues to be thrown around like a rag doll by Gregor. Up against a wall, Clegane manages to free a knife from his waist. He stabs Gregor straight in the head after stabbing him all over several time. Gregor pulls the knife from his head. Clegane runs at him, pushing the two through a wall and to their death.

Jon tries to stop the fighting, yelling “fall back.” Arya comes to after hitting her head. She coughs dust out fo he lungs. Pieces of the bell tone begin to fall. She runs for her life, making it just in time. She runs back into the woman who saved her and her child. She tells them to run for it, if they stay they will die. She tries to help them but it is too late as Dracarysbreaths fire down the streets.

Jamie and Cersei try to make their escape but the route Tyrion told him about is walled off with rubble. They hold one another as the walls cave in around them.

Covered in ash and blood, Arya looks around at the burning fires and the bodies with no-one in sight. Bodies are mummified in the streets. A single white horse sits feet away, alive. She rides off away from the war-torn Capitol.