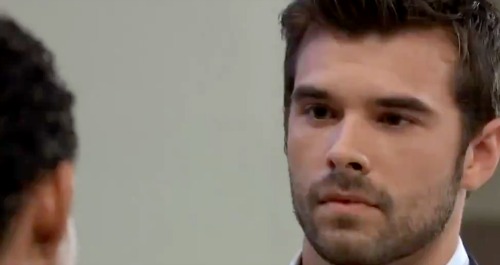 General Hospital (GH) spoilers reveal that Valerie Spencer (Paulina Bugembe) has been in Port Charles long enough to know that Sonny Corinthos (Maurice Benard) takes care of his own. The same goes for Harrison Chase (Josh Swickard), who’s determined to get answers about the Corinthos’ family’s actions. Why are they so adamant about looking for Kristina Corinthos-Davis (Lexi Ainsworth)?

Valerie could easily approach her cousin, Carly Corinthos (Laura Wright), and push for an honest, woman-to-woman chat. She could inquire about Kristina’s location and health to see where things stand. It’d be worth trying to sort out the facts instead of turning this into a full-blown investigation.

After all, Valerie herself was concerned about Kristina’s involvement in Dawn of Day. Since Margaux Dawson (Elizabeth Hendrickson) doesn’t even want to investigate, why not just let Sonny and the gang help Kristina? It’d make sense for Chase to back off as well since he knows Shiloh is so dangerous.

Alexis Davis (Nancy Lee Grahn) has had her issues, but GH fans know she’s the former DA. Why would Chase and Valerie not talk to her since she claimed to be in contact with Kristina?

She’s Kristina’s mother, so she has every reason to protect her and fight with everything she’s got. Valerie and Chase should realize if Sonny did something with Kristina, it was for her protection and not to hurt her.

Willow Tait (Katelynn MacMullen) has told Chase part of what happened to her at the hands of Shiloh and Dawn of Day. Chase may not know as much as Michael knows, but all he has to do is ask.

If Chase knew exactly what Kristina was facing, he surely wouldn’t blame Sonny for protecting Kristina. Sonny couldn’t just stand by and let his daughter be raped. Chase certainly wouldn’t let that happen to Willow now.

Could Margaux be the voice of reason here? Margaux has dealt with Sonny enough to know he wouldn’t hurt Kristina intentionally. Does Margaux realize Sonny suspects something or he wouldn’t have made Kristina disappear? Does Margaux have more respect for Alexis than to doubt her word? General Hospital spoilers say Margaux may be putting the facts above her feelings here.

Margaux is all about prosecuting people, even innocent people sometimes. She’s been especially eager to go after the Corinthos family and Jason Morgan (Steve Burton), who’s strongly connected to Sonny. However, Margaux understands that this would be a waste of resources. There’s nothing about this case that says Kristina’s in real danger.

General Hospital spoilers state that Valerie and Chase will keep up their relentless pursuit of answers, but they should really focus on a Port Charles resident who actually needs their help. Kristina’s already getting the help she desperately needs! We’ll give you updates as other GH news comes in. Stick with the ABC soap and don’t forget to check CDL often for the latest General Hospital spoilers, updates and news.