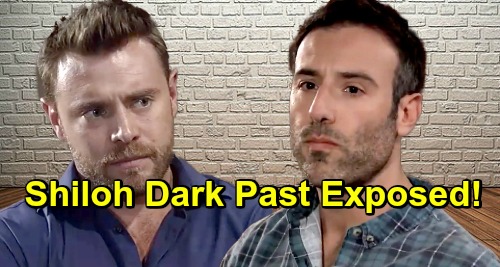 General Hospital (GH) spoilers tease that Drew Cain (Billy Miller) will go through all the stages of grief when he loses his son. Oscar Nero (Garren Stitt) is far too young to die, so this is just heartbreaking. It’s even more devastating for Drew, who hasn’t had much time to make memories with Oscar.

Memories are certainly a big theme for Drew. After all, he’s still got some that he can’t access. Drew doesn’t want to risk undergoing a procedure to restore those memories, but what if there’s another way to get them?

GH fans will recall how Drew felt like Kim Nero (Tamara Braun) seemed familiar when they first met. Perhaps the loss of Oscar could somehow trigger something, especially if Drew and Kim’s romance reignites in the aftermath. Then again, there might be some more advanced procedure with fewer risks. If General Hospital wants to give Drew his memories back, they’ll find a way.

Based on the story GH has told so far, Drew may indeed be on the verge of major memory discoveries. Why bother giving Shiloh and Drew a past together if they aren’t going to use it? What’s the point of Drew knowing Shiloh’s deepest, darkest secrets if he can’t expose them?

There’s a good chance Drew has simply taken a backseat here because of Oscar’s exit. He needs to be spending as much time as possible with his dying son. It wouldn’t make much sense for Drew to be off berating Shiloh when he could be enjoying precious moments with Oscar.

However, everything will change once Oscar’s gone. Drew will need something to throw himself into as he copes with his pain. Luckily, this storyline is ready and waiting for him. He’s already part of it through the connection GH introduced from the get-go.

Oscar will undoubtedly show great strength as the end draws near. Drew may view his son as a hero and be inspired to step up for the friends he left behind at DoD. Oscar wouldn’t want them involved in a crazy cult if he knew that’s what it was. If vulnerable Josslyn Jacks (Eden McCoy) tries to join in her grief, that’d be another reason for Drew to intervene.

Whatever the case, General Hospital spoilers say Drew holds the key to Shiloh’s destruction. Shiloh was obviously concerned about Drew’s buried knowledge. The results would be catastrophic if Drew experiences total recall.

It sounds like Shiloh’s worst threat could be a determined dad in mourning! We’ll give you updates as other GH news comes in. Stay tuned to the ABC soap and don’t forget to check CDL often for the latest General Hospital spoilers, updates and news.