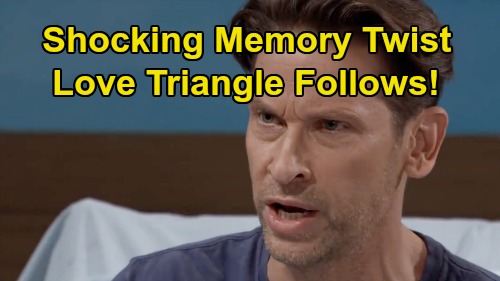 General Hospital (GH) spoilers tease that Franco Baldwin’s (Roger Howarth) memory procedure could be quite risky. GH viewers know Andre Maddox (Anthony Montgomery) offered four potential outcomes if Franco goes through with it. He could become Franco again, which would be the ideal result for Elizabeth Baldwin (Rebecca Herbst) and the “Friz” family.

However, we can’t ignore the other three outcomes, which include Franco ending up in a vegetative state. There’s also a chance Franco’s Drew Cain (Billy Miller) memories will intensify or there could be no change at all. None of these outcomes would benefit Liz at all, but she’s clinging to the promise Franco made and hoping for the best.

There’s another possibility that GH hasn’t really presented – and it has nothing to do with Franco’s procedure. Liz pointed out that Franco’s still in there somewhere; she’s convinced of it. Likewise, there were moments when the real Drew’s memories seemed buried deep within him. For example, Kim Nero (Tamara Braun) felt familiar when Drew first met her in Port Charles.

Drew was supposed to only have Jason Morgan’s (Steve Burton) memories, but his real ones were perhaps too connected to lose completely. General Hospital fans will recall that Drew subconsciously bought Tex’s wife’s car for Oscar Nero Quartermaine (Garren Stitt). He talked about flashes that weren’t really memories, but they were still instincts of some sort – almost like lingering traces of memories.

There’s no reason to think Franco won’t have moments of familiarity at some point. When Liz gave that passionate speech by Franco’s bedside, he seemed affected by it. There’s part of Franco that may still feel linked to Liz on some level, even if he’s not willing to admit it. Liz is right to fight for Franco to the bitter end.

As for the memory procedure, we obviously know Franco won’t become a vegetable. Having no change at all wouldn’t be very dramatic, so let’s go ahead and rule that one out, too. Soap logic leaves us with two possible outcomes: Franco turns back into Franco or his Drew memories intensify. Everyone expects it to be the former, but what if it’s the latter? Franco could indeed remember what Peter August (Wes Ramsey) fears and rat him out.

Once that’s taken care of, perhaps Franco could still come back to Liz – just through the power of love! It’d be interesting for Franco to remember pieces of his life here and there. He could slowly fall in love with Liz all over again. Of course, total recall could come eventually. Franco might be left with both Drew’s memories and his own memories – which could actually make for a pretty compelling love triangle with Liz and Kim Nero (Tamara Braun).

Drew was still living with Jason’s memories before his plane crash, so there’s no reason why Franco can’t keep Drew’s. Nevertheless, the story’s set up for Franco to be himself again sooner or later. It’d just be a nice twist if Franco could be both characters – at least in his own mind.