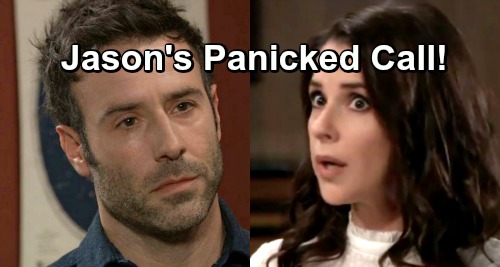 General Hospital (GH) spoilers tease that Jason Morgan (Steve Burton) will get some urgent news. A panicked phone call will come in during the week of May 20-24, so Jason will undoubtedly leap into action. There are really only two options to consider here.

Jason tends to ride to the rescue of almost anyone in need, but a phone call points to someone he knows. It has to be Carly Corinthos (Laura Wright) or Sam McCall (Kelly Monaco) that’ll need his help. The call may come in from someone else, but you can bet Jason’s main squeeze or bestie will be the one in trouble.

Since Carly will have some baby drama before the Nurses Ball, that actually makes her less likely. Jason will take her to the hospital before the festivities kick off, so it doesn’t look like Jason will be summoned for anything later. Carly’s crisis will hit before this big event, which makes Sam the better choice.

That’s especially true since Sam plans to keep up her Shiloh charade. Kristina Corinthos-Davis (Lexi Ainsworth) may be safe, but what about all the other Dawn of Day community members? Shiloh has targeted so many women to bring into “The Trust.” Who knows how many more he’ll target if no one stops him? 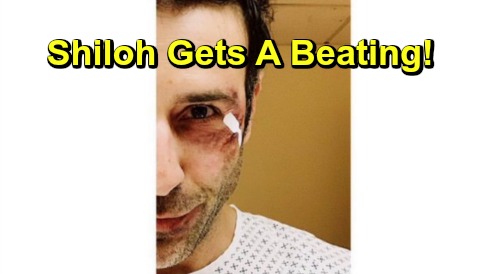 Sonny Corinthos (Maurice Benard) would rather just kill Shiloh and be done with it, and he may get the outcome he wants eventually. In the meantime, General Hospital spoilers say Sam will dig deeper. She’ll pull Shiloh closer than ever with a surprising proposal. It seems Sam may want Shiloh by her side at the Nurses Ball.

Shiloh may not be into that kind of flashy party, but it’s for a good cause. If Sam works that angle, how can Shiloh the pretend do-gooder say no? However, General Hospital spoilers hint that Shiloh and Sam could end up bailing early. Will Shiloh be eager to try round two of Sam’s initiation? That could be why Jason gets that panicked phone call.

GH fans can expect Kristina to be in meltdown mode over Sam’s continued involvement with Shiloh. She’ll confront her sister about it, but Sam probably won’t give her a straight answer. The less everyone else knows, the better. Kristina may sense that danger’s brewing and call Jason to save the day. If Shiloh finally catches on and realizes Sam’s playing him, that could bring even more peril.