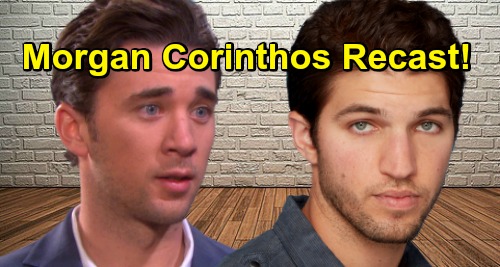 General Hospital (GH) spoilers reveal that everyone’s wondering what the future holds for Morgan Corinthos (Bryan Craig). Carly Corinthos (Laura Wright) baby doesn’t stand much of a chance with all this stress she’s under. Her little one may not make it. Sonny Corinthos’ (Maurice Benard) son, Dante Falconeri (Dominic Zamprogna), could also meet a grim fate eventually, so Morgan’s needed on canvas.

Since Bryan Craig is busy with other projects, they’d have to bring Morgan back in the form of a recast. It turns out Craig has picked out his own replacement – with a little help from William deVry (Julian Jerome)! Their tag team effort really got soap fans buzzing since their pick involves another daytime drama alum.

If you’re also a Days of Our Lives fan, you know Billy Flynn recently wrapped his run as Chad DiMera. He was part of the popular “Chabby” pairing, which featured Chad and Abigail Dimera (Kate Mansi). Mansi agreed to reprise the role when DOOL was in a bind, but she only signed on for a short-term stint. Days eventually decided to just write Chad and Abigail out together, so now Flynn needs a new job.

Of course, GH left the door open for Morgan’s return through a presumed death. There’s no reason Morgan can’t come back to town and shock his loved ones. After Flynn replied to deVry’s tweet about a fan event, deVry suggested Flynn for the role. “Hey @billymflynn you would make a good Morgan should he ever appear again,” deVry said. “I hear @bryan_craig is otherwise booked. Ha.”

Flynn noted that if given the chance, he’d give it his best shot. He also had high praise for Craig, who chimed in on this idea. “You’d be a great Morgan,” Craig said. “Thanks for kind words brother.” Flynn also expressed his gratitude to Craig and argued he’d be a tough act to follow. However, Flynn hinted the suggestion might escalate quickly. That’s how it goes when viewers are eager to see a recast!

Flynn is a few years older than Craig and happens to be older than Chad Duell (Michael Corinthos), too. However, he’s still in a reasonable range and could pass for Michael’s younger brother. Even if General Hospital wanted to adjust the characters’ ages a bit, they’d probably be forgiven for it. Soaps do that sort of thing all the time if the need arises.

Then again, Flynn could always come on board as someone else. Some viewers suggested Flynn as a long-lost Jerome family member or even a Dillon Quartermaine recast. Other fans aren’t keen on adding anyone right now. Regardless, Flynn would clearly like to join another soap, so GH might want to keep him in mind.

Haha. Hey @billymflynn you would make a good Morgan should he ever appear again. I hear @bryan_craig is otherwise booked. Ha. https://t.co/GuPZye9Bow

You’d be a great Morgan . Thanks for kind words brother