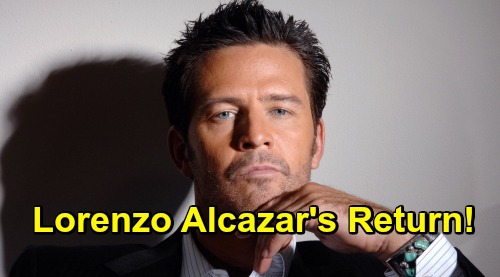 General Hospital spoilers suggest that GH fans could be in for a surprise when they discover that there is hidden hand behind the DoD cult. General Hospital’s Shiloh Archer (Coby Ryan McLaughlin) may have been Sam McCall’s (Kelly Monaco) former stepson, but his problem seems to be with Jason Morgan (Steve Burton). Shiloh even approached Jason claiming to believe he was Drew Cain (Billy Miller).

It appears with the involvement of Kristina Corinthos-Davis (Lexi Ainsworth) that Shiloh, or his backer, has a problem with Jason or Sonny Corinthos, maybe both. Who could be backing Shiloh in a bit to get rid of Sonny or Jason?

Could Manny Ruiz Be Back From The Dead?

Using someone else to get to Jason was never Manny Ruiz’s (Robert LaSardo) style. Manny and his guards always took on Jason one on one, until the night he shot Sam in Jason’s arms. Manny supposedly died from a fall on GH years ago after Jason shot him. However, his twin brother appeared as a priest a few years later. Could Manny and the Ruiz family be behind Shiloh and his cult?

Jason supposedly shot Lorenzo Alcazar (Ted King) and threw his body off a bridge several years ago. However, Tomas Delgado (Ted King) turned up in Llanview PA on OLTL and was a dead ringer for Lorenzo. Tomas was engaged to Blair Cramer (ex-Kassie DePaiva) but was tangled up with the CIA and disappeared after Todd Manning (ex-roger Howarth) threatened to frame him for Victor Lord Jr.’s (Trevor St. John) murder. 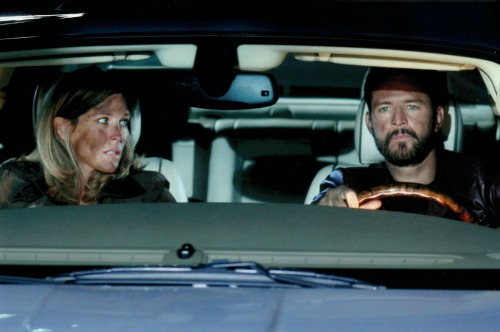 A member of the CIA came to Blair and informed her that Tomas would not be able to make their wedding. With Tomas’ involvement with the CIA, could he be Alcazar in witness protection? Alcazar could be behind Shiloh and DOD and be using him to take down both Sonny and Jason. Alcazar is not above using anyone to get what he wants, even his ex-wife Carly Corinthos’ (Laura Wright) stepdaughter, Kristina.

Jerry Jacks Is Always A Possibility

Jerry has been after Jason Morgan for years and is not beyond using Sam to get to him, he’s done it before and would certainly do it again. Could Jerry have Shiloh keeping Sam occupied so he can grab her to get to Jason? Perhaps Jerry wants to try to kill Jason again.

GH spoilers tease that Jax, the cooperate raider could be the one causing all these problems by backing Shiloh. Jax has worked with the law before to try and take Sonny down and with the D.A. up to her neck in DOD this option makes sense. Jax could want revenge on Sonny for having him kicked out of the country after he had sex with Carly and a variety of other reasons.

Jax has competed for years with Sonny over woman including Carly, and this would be a typical Jax move. Jax could also be making a bid at a hostile ELQ takeover and Shiloh, and DOD would provide the ultimate distraction.