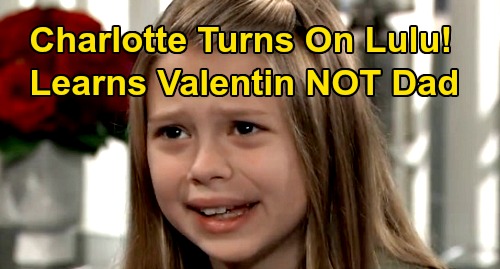 General Hospital (GH) spoilers tease that the stage is set for a major downfall. GH fans know Valentin Cassadine (James Patrick Stuart) is used to winning and consistently scores the upper hand. It seems like every time things look bleak, there’s some kind of curveball that lets Valentin land on his feet.

However, there may be no escaping drama in this next storyline. Nina Reeves (Cynthia Watros) has been somewhat torn between her head and her heart, but Liesl Obrecht’s (Kathleen Gabi) confession seemed to reignite her desire for revenge. Valentin may be poised to lose Nina at his New Year’s Eve wedding.

There’s also that pesky codicil to consider! Valentin could easily lose his fortune if Nikolas Cassadine (Marcus Coloma) agrees to Ava Jerome’s (Maura West) demands – and really, what choice does Nik have? Ava and Nikolas are on the verge of making a deal that could sink Valentin financially, but it’s Jasper “Jax” Jack (Ingo Rademacher) and Curtis Ashford (Donnell Turner) who could strike the worst blow.

Curtis is on a mission to track Claudette Beaulieu (Bree Williamson) down, but what will she divulge once that happens? General Hospital has been dishing out plenty of clues about a paternity change for Charlotte Cassadine (Scarlett Fernandez), which would certainly devastate Valentin. Of course, there’s someone else to think about here and that’s Charlotte herself!

Can you imagine how the kid’s going to react if she finds out her beloved papa isn’t really her papa? Charlotte’s going to have the meltdown of the century! If Lulu Spencer (Emme Rylan) dares to try and keep her away from Valentin, Charlotte could easily hate her guts. She had a hard enough time getting past Lulu’s decision to derail Nina and Valentin’s last wedding.

If Nina derails the next nuptials, Charlotte may not be too happy with her either. In Charlotte’s eyes, it’ll look like everyone’s ganging up on poor Valentin. Charlotte’s sure to be a mess and will likely side with her fake father – if this paternity shocker indeed comes into play. She may even refuse to accept that Valentin isn’t her papa.

In the new year, Lulu and Dustin Phillips (Mark Lawson) will face a crisis due to somebody from one of their pasts. That could be referring to Claudette’s return and all the chaos it’ll stir up. It’s safe to say Charlotte isn’t going to handle this well, so Dustin can support Lulu when she needs him most.