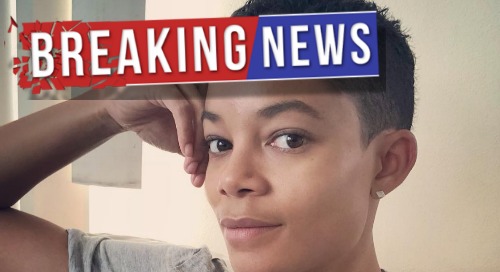 General Hospital (GH) spoilers tease that Valerie Spencer has some appearances coming up, but she’ll be sporting a brand-new look. You’ve probably heard about Brytni Sarpy scoring the role of Elena Dawson on The Young and the Restless. Y&R offered her a contract, so that was great news for Sarpy’s career.

Unfortunately, that also left General Hospital in a bit of a bind. They set up a few things involving Valerie that many fans feared would be dropped. Kristina Corinthos-Davis (Lexi Ainsworth) shared a kiss with Valerie a while back. It clearly stirred up some complicated issues for Valerie to work through.

Valerie was also poised to potentially be part of Shiloh Archer’s (Coby Ryan McLaughlin) takedown. Since she’s both a suspicious detective and Kristina’s friend, it made perfect sense to keep her tied into all this.

Sarpy’s departure caused some snags, but there are some exciting updates to report. The role of Valerie has been recast, so GH can hopefully keep her connected to the storylines they planned for her.

According to Soap Opera Digest, Paulina Bugembe scored the part and began taping episodes last week which means she’ll debut for May Sweeps. Bugembe had some jitters when she first arrived on the GH set, but those quickly faded thanks to the support of the cast and crew. “My first day was wonderful,” Begumbe said. “Everyone was so warm and welcoming that any nerves I had were gone immediately.”

It should be interesting to see what the new Valerie is like. Bugembe will undoubtedly put her own spin on the character. Sometimes it can be tough to get used to a recast, but it’s wise to keep an open mind.

Regardless, it’s at least nice that Valerie will be sticking around in some form. General Hospital spoilers say there are still some exciting stories to tell, so some interesting Valerie drama’s ahead.

What do you think about General Hospital’s decision to recast the role of Valerie? Are you glad Valerie will get back in the action soon? Do you believe Paulina Bugembe will be the right fit? We’ll keep you posted as other GH details emerge. Stay tuned to the ABC soap and don’t forget to check CDL often for the latest General Hospital spoilers, updates and news.