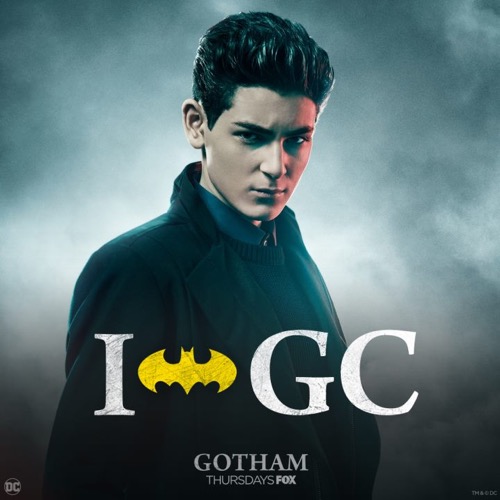 Tonight on FOX Gotham continues with an all new Thursday, January 3, 2019, called, “Year Zero” and we have your Gotham recap below for you. On tonight’s episode as per the FOX synopsis, “In the Season 5 premiere, Jim Gordon and Bruce Wayne face the chaos Gotham City has become.

Their mission to keep the city safe becomes more complicated as the villains who survived the attack on the city begin to resurface and claim various territories. Meanwhile, Selina Kyle grapples with how to deal with her uncertain future.”

The people of Gotham have been living in horrible conditions since the bombs went off. There was no chance at escape and after a year under villain occupation, there was little hope to be found. But Jim Gordon was one of the few people that didn’t want to give up on the city. He still wore the GCPD uniform and had tried to get help from the outside. The outside world had more or less deemed Gotham as “No Man’s Land” and they refused to help the good people that were still stuck in the city. They claimed that there weren’t any good and honest people left else they would have evacuated the city in time. And so Gordon did everything possible to convince the outside world that they should at least allow supplies in because yet the government refused to move an inch.

Gotham was told that it was on its own! Gordon who became Captain Gordon had carved out a piece of Gotham for the police and that was called the GCPD territory. The other territories were controlled by the villains. Penguin had an area, Barbara had an area, and even the Scarecrow had an area. The villains were able to control their territories by use of force and some of them had gone to war with each other with no one intervening, but despite all Gordon hadn’t regretted staying. He and people like him believe that the government, as well as the military, would have to send help eventually. Gordon just figured he would have to wait and so he did best to tell everyone else to be patient.

But the strongest one out of all the territories was Penguins. He raided the armory and turned a warehouse into an ammo manufacturer. Penguin was willing to trade with the others if they wanted more ammo and so even those that hated him was forced to work with him. Penguin was the one they all thought was the threat and unfortunately, he wasn’t the one that made the first move to go to war the police. That had been Scarecrow! He used his fear toxins to get past the people at the checkpoint and had managed to worm his way into everything. He went after Gordon and his followers raided the hospitals for what few medications were left. And they even stole the rest of the food that the GCPD were counting on.

GCPD were already operating on half rations and quartering that would have been nearly impossible. The people stuck in that territory were soon going to die from starvation if nothing else, but thankfully Bruce had come up with a solution. He was still technically a billionaire and so he was sneak in supplies. It had all been arranged and it was going to be flown in. Bruce acknowledged how it wouldn’t be much and Gordon hadn’t cared. He was dealing with more and more refugees he had no clue how he was going to feed and so he was willing to go against the military if it meant he could feed families. And so everyone was prepared for the helicopter that was coming in and no one thought it would be shot down by an RPG.

Seriously, someone shot it down with a rocket launcher and it fell in one of the other territories. Gordon took as many officers as he could to go collect the supplies and he ran into a free-for-all. The Loy Boys had tried to it and then they have killed Penguin. Penguin tried to take it and then Tabitha made her move. She wanted revenge for Butch and figured she was never going to get another chance at killing Penguin, but the bullet she had saved for him had come from the latest batch of ammo that many were found faulty. So Penguin killed Tabitha and Barbara tried to kill him for what he did to her friend. And she was firing, Penguin’s men were firing, and the police ended up running out of ammo.

The police probably took the wisest course. They left the gunfight mostly to Barbara and Penguin. They had used that distraction to get away with Penguin weapons and the police didn’t interfere in the gunfight until it was time to take all of the supplies. They risked upsetting Penguin with their latest stunt, but Gordon had had the chance to kill Penguin and he passed on it. He still wasn’t the sort to kill someone in cold blood and he never wanted to become that person. Gordon and the rest of the officers went back to their territory with much-needed supplies and they were going to last longer than thought they would. But Gordon was just about to give up on the outside world when he was radioed.

It seems there was a group of people that still wanted to help Gotham and Gordon had no idea who they were.

What he did know was that the Joker was alive somewhere and that he deemed all of Gotham as his territory.

Things along with a potential genocide occurring in one of the sectors, Barbara’s vendetta again Penguin, and Penguin’s vendetta against Gordon meant that there really was no place safe left in Gotham!