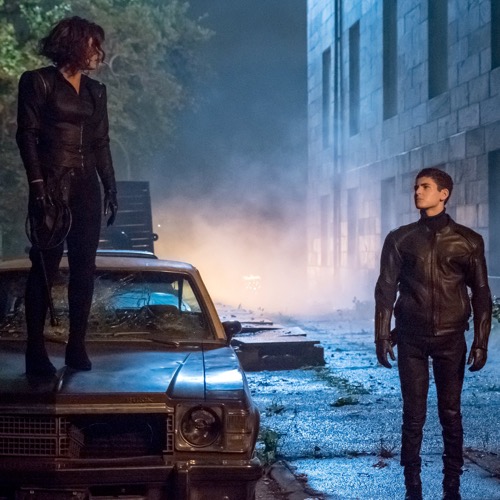 Tonight on FOX Gotham continues with an all new Thursday, January 17, 2019, called, “Penguin, Our Hero” and we have your Gotham recap below for you. On tonight’s episode as per the FOX synopsis, “With the creation of Haven as a safe place for refugees, Gordon hopes to stop the gang fighting in Gotham. Meanwhile, Selina is determined to find Jeremiah and she convinces Bruce to help her. Then, Penguin goes to Haven to reclaim his staff.”

People from every territory were fleeing to Haven. Haven was an apartment building in the GCPD territory and it was where they put the freed children, but once word got out that there was a safe place to live, the numbers of incoming refugees increased overnight. They all wanted to leave the fighting behind them and start over and there was never better place than Haven with Jim Gordon. Gordon was someone the people loved and they believed in him because they knew he would never give up on them. It was this loyalty to Gordon that was really nagging Penguin. Penguin ordered that his borders be closed once he heard that people were leaving him for Gordon and nevermind that there were people coming into his territory wanting to kill him.

This game that Nygma was playing had worked. Several gangs believed that Penguin was responsible for the deaths of their leaders and so they all wanted blood, but the Street Demons had been the first to draw some. They forced their way into Penguin’s personal mansion and killed off several of his guards as well as members in his choir. The choir was there to hail Penguin as their king every morning and so he missed them when some died. He even figured out real quick that someone was framing him when he talked to the sole survivor of the Street Demons and learned someone had written that the “Penguin was here” over a dead body. Penguin pointed out to the survivor that he would never be that dumb to leave a message or people alive behind.

It had made Penguin wondered who was trying to frame him, but the day after the shooting, the rest of his choir and his assistant had fled. They went to Haven and they even took Penguin’s dog because the dog had wanted to go with them. Except the dog had been the final straw for Penguin. He woke up his prisoner and told him that his interests were now aligned with the Street Demons, the Lo Boys, and the Undead. The gangs all got together and with Penguin leading them they marched on the GCPD territory. The territory had run through the bullets they had in the revere and the ones that had stolen from Penguin. They couldn’t afford another confrontation and so Gordon asked Harvey to go find the few friends they had left.

The cops didn’t even have Bruce. Bruce had gone with Selina to the Dark Zone. The Dark Zone territory was habited by people who lost their minds after the bridges collapsed and they were dangerous. They blew up victims and tend to carve the word “kill” into the people that do manage survive. It was insane to enter that territory, but Selina wanted to go because she heard that’s where she could find Jeremiah. Jeremiah or “the Joker” as he likes to be called had tried to kill Bruce and ended up shooting Selina instead. She was left barely alive and went through months of depression before she was healed by a seed covered in blood. It had been a gift from Poison Ivy and it had changed Selina for the worse.

Selina was different and she went after Jeremiah despite knowing it was a bad idea. Bruce had gone with her because he thought he could protect her if they ran into danger and within minutes in the Dark Zone they ran into a hunting party. The hunting party was hunting people and so the duo had to fight their way out, but Selina didn’t want out. She wanted answers about Jeremiah and therefore she tortured someone to get it. Bruce had had to stop her from killing the guy and he could see that there was something wrong with Selina. Selina hadn’t wanted to turn back once she found out where Jeremiah was and so she kept going And she forced Bruce to go as well because he refused to leave without her.

Selina ended up following her directions to the Church of Jeremiah. It was where his followers go to welcome new recruits and so Selina pretended to be one. She said she wanted to follow Jeremiah because she had seen his work firsthand and afterward she was taken to a room with the others. They all had to pick up a gun and form a circle. The circle was a way for them to point a gun at someone’s head and to prove that they were loyal they had to fire their weapons. Not all of the weapons were allegedly loaded with only one bullet, but Selina didn’t take that risk and so she stopped the game. She got in trouble for not playing and Harley Quinn turned on her. She had known who Selina was when she came into the building and it was why she always planned on killing her.

Harley asked the followers to go join the others and then she turned the gun on Selina, but Selina was able to fight her and she got the gun. She threatened Harley with it because she wanted answers on where Jeremiah was and that’s how Bruce found her. Selina was about to shoot her victim when Selina told her that’s not how they do things and so Harley used the distraction to get away. But Selina was going after her and before she did she made sure to handcuff Bruce to the closest bar she could find. She said she was tired of doing things Bruce’s way and so she was going to use her own methods for getting revenge.

Meanwhile, the police found themselves in trouble. They ran out of bullets and so Penguin was able to claim their territory, but then the other gangs turned on Penguin and he was thrown in the same cell as Gordon. Gordon used that moment to talk some sense into Penguin. Even if Penguin escape there was no telling when the other gangs would come to claim his territory next and so Penguin decided to work with the police. The police gained access to more bullets and Penguin became the hero when they killed off the other gangs. And after killing the enemies off, his dog Edward forgave him and return to his side. It was so sweet that Gordon was going to allow Penguin to return to his territory unscathed and what do you know that’s when Barbara showed.

It seems someone bombed the safe zone and there was no telling how many survived.