Hallmark Channel News: The Young and the Restless Alum Peter Porte Stars In ‘Cherished Memories: A Gift To Remember 2’ 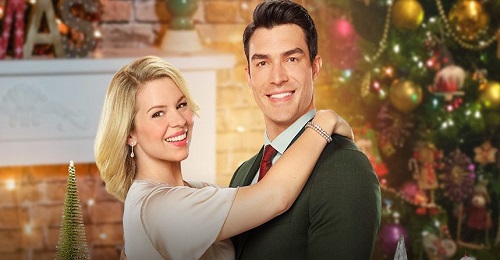 Hallmark Channel news has some great information to pass on about a much-anticipated holiday sequel that is scheduled to premiere this weekend. The movie is titled “Cherished Memories: A Gift To Remember 2” and can be seen on The Hallmark Channel on Sunday, November 24 at 8pm Eastern.

The movie is unique in the sense that it’s not about a couple falling in love for the holidays, which is the theme of most Hallmark movies around this time of the year. Since this is a sequel, the characters fell in love in the first movie, and they’ll be celebrating their second Christmas together in this movie.

In case you didn’t the first “Cherished Memories: A Gift To Remember,” it was all about characters named Darcy and Aiden, who fell in love after Darcy hit Aiden as she was riding on her bicycle. Aiden ended up in the hospital with a concussion, and the pair fell in love.

Like the original movie, “Cherished Memories: A Gift To Remember 2” stars Ali Liebert in the role of Darcy. You might recognize Ali from various TV series, including Bomb Girls, Ten Days In The Valley, and Legends Of Tomorrow. She’s also served as an executive producer for another Hallmark Channel movie called Cooking With Love.

Appearing as Aiden is The Young and the Restless alum Peter Porte, who has appeared in many TV series, such as Mom and NCIS: Los Angeles. He also had a run as Ricky Williams (son of Paul Williams and Isabella Braña) on The Young and the Restless back in 2011-2012. Peter Porte’s appeared in several Hallmark Channel movies, including Love, Once And Always and A Gift To Remember.

So, what can we expect from “Cherished Memories: A Gift To Remember 2” when it airs this weekend? In the behind-the-scenes feature for the movie, Peter Porte said, “This one starts after they met, after they’ve fallen in love and they get to share their first Christmas as boyfriend and girlfriend.”

Ali Liebert added: “Darcy is now the manager at a really adorable bookstore and her mission is saving the Liberty recreation center, which is a very sentimental place for her.” It sounds like the couple comes together to work to save the rec center, which gives them a common goal for the holidays.

Ali continued: “What I’m hoping the audience will gain from this movie is the joy of seeing these characters together again and the fun that they have…because we truly have fun when we’re making this film but I think it’s a really beautiful message. It’s worth it to go to extra effort to cherish the people in your life you love.”

It certainly sounds like a special feel-good movie that would be great for the whole family. Are you excited to see this sequel? Enjoy all your Hallmark Channel holiday movies and don’t forget to check CDL often for the latest Hallmark Channel News.