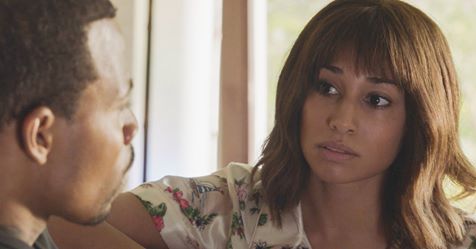 Tonight on CBS Hawaii Five-0 air with an all-new Friday, April 5, 2019, episode and we have your Hawaii Five-0 recap below. On tonight’s Hawaii Five-0 season 9 episode 20 called, ‘Ke ala o ka pu’ as per the CBS synopsis, “Five-0 must locate a teen girl who purchased a gun from a junkie, and discover that the firearm, over the course of decades, has affected all of their lives.”

Junior was contacted by his friend Hilo. Hilo has fallen on hard times and was staying at a shelter when he wasn’t using, but that’s now why he reached out. He and a friend made have done something questionable. They needed money for drugs and they both made a deal online to sell a gun. The gun wasn’t much. It was an old-fashioned revolver and it couldn’t be used in a mass shooting like a semi-automatic or anything like that. Hilo though still didn’t like the idea of selling a gun much less to the person that came to meet them. The guys didn’t know that the buyer was going to be a teenage girl until she showed up and offered them double the pay if they let go of any misgivings.

Hilo’s friend agreed to the deal and he handed over the gun, but Hilo didn’t like what went down and he went to Junior because he thought like a cop that Junior deserved to know. Junior brought in his superiors and they all agreed to raise the security on high schools in the area. They also wanted to digitally track down this girl using the website she used to buy the gun and so the team was doing that when a man was killed at a local drinking spot. The man that died wasn’t married and didn’t have kids. He didn’t even work with kids. He worked at a grocery store and lived with his mother. He also well-liked and it didn’t seem like he would be wasted at nine in the morning in a secluded spot.

The man’s name was Michael Carrigan and he didn’t appear to have any enemies or debts, but there was a female’s DNA on him and he was killed with the same weapon that Hilo described. The team had no reason to doubt that their Jane Doe went on to kill someone right after she bought the guy and so they questioned why Carrigan? There must be a motive of some sort and the team thought looking for one might lead them to their killer. They didn’t know who this girl was and their best bet came when they traced the seller’s ID back to Wilkinson High School. The school has over a thousand students and so they used Hilo’s sketch of this girl to determine which student was their shooter.

They believed they found her when they met Bonnie Pearson because she was a perfect match for their buyer, but the girl was smart and so was her father. They both claimed not to know Carrigan and the father wouldn’t consent to hand over his daughter’s DNA or letting the police do a gun analysis on her clothes. He instead took Bonnie home with him and so the team had to use other means to arrest her and they found that when they caught her in a lie. There was a photo of Bonnie with her mother and Carrigan. Carrigan was Kiana Pearson’s new boyfriend and so the team got to Bonnie to talk if they agreed not to tell her dad. It seems the father and mother were recently separated and he didn’t know that Kiana was dating again or that Carrigan was violent.

Carrigan would beat her mother and it made Bonnie so scared of him and he what he might do that she bought a gun. She admitted to buying it and said she was going to use the next time he hit her mom to get him to stop. Bonnie never used it and she hid the weapon under a loose floorboard in her closet. She also said she didn’t tell her dad what was going on because she didn’t want him to use it against her mother in court as they fought over custody, but unknown to Bonnie, her father did find out and it appears that her mother told him. Owen Pearson received a phone call from his ex-wife on the morning Carrigan was killed and he later called her back after the time of death. Which could indicate that he was calling to tell her it was done.

This must have been the plan between Owen and his ex-wife, but they thought that the parents had gotten to the gun because parents tend to know where their children’s hiding spots were and that wasn’t the case. The team arrested Owen and Owen led them to the gun. He said that his ex-wife called him to tell him about Carrigan and how it had been Carrigan that went rummaging through Bonnie’s room because he needed drinking money. Carrigan and Kiana got into a fight over it and he beat Kiana quite badly. She was so shaken that she turned to Owen for help and he said that he tell Carrigan to stay away. He tracked Carrigan down expecting to rough the man up and it had been Carrigan that drew the weapon.

The two men got into a fight and the gun went off by accident. Owen and Kiana didn’t the gun belonged to their daughter or they would have come forward much earlier and so they were willing to own up to what they did. Owen was facing charges for Carrigan’s murder, but they might go easy on him because of the circumstances surrounding this case. The team thought that would be the end of it and surprisingly it wasn’t. The recovered the gun and ran ballistics on it except it showed that it been involved in over fourteen different crimes. It was a community gun. It had been passed around so many times that there was no way to trace to any one man and oddly enough this gun has even passed through the team’s lives.

It was used in a robbery that Danny was a witness to, it was used by Tani’s ex-boyfriend and his crew to murder a rival gang leader, and it was used on a case involving McGarrett’s father. John was shot at by a man that went on the run and he couldn’t have gone after him but he chose to stay behind to see to an injured police officer by the name of Duke. Duke and John worked on that case for over thirty years with no leads and so the gun being found means that several cold cases could be closed. Tani knew who had the gun in 2015 and they worked their way back from there. They closed Danny’s case and they found the fugitive that shot at Duke and John.

Duke too tremendous pleasure when he arrested the guy and even introduced McGarrett and himself because he wanted the man to know that they eventually got him.