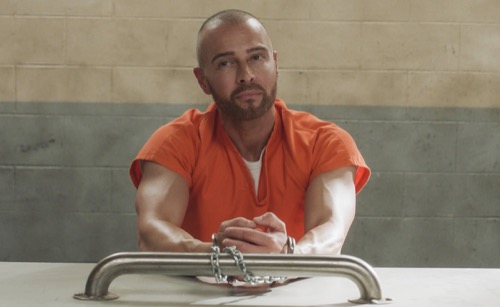 Tonight on CBS Hawaii Five-0 air with an all-new Friday, October 18, 2019, episode and we have your Hawaii Five-0 recap below.  On tonight’s Hawaii Five-0 season 10 episode 4 called, “Ukuli’i ka pua, onaona i ka mau’u, (Tiny is the flower, yet it scents the grasses around it)” as per the CBS synopsis, “Five-0 enlists imprisoned hacker Aaron Wright to help when a young girl is reported kidnapped, but upon rescue, the culprits are dead, the girl is safe, and she’s not who she claims to be.”

Someone murdered Mr. Cullen. Cullen was once a suspect in a couple of gang murders and he somehow managed to skate away from the charges, but Cullen didn’t go disappearing into the night. He stayed on the island. He also continued to lash out at the man that arrested him and so that’s why everyone suspected again when someone planted a bomb at McGarrett’s home. McGatteyy wanted to question him over this belief. He sent in new girl Quinn to talk to Cullen and she must have rattled his cage because the next thing anyone knew she was being arrested for trumped-up charges.

Quinn, in turn, had beaten her own charges, but she got the warning and McGarrett wanted to retaliate except he was never given the chance. Someone had gotten to Cullen first. Cullen was cleaning money for a lot of people and one of his clients could have been upset that he alerted the police about this side business. So, Cullen literally had to many enemies for the team to go through. They were just pushing this case to the side when they got the next one. They took all their resources and devoted them to a possible kidnapping.

A teenage girl disappeared around the same time someone spotted a white van. The police later found this van abandoned and it was full of dead kidnappers. The men had all been killed by an expert. It was clear to see and so the only other question was where was the girl? She wasn’t found in the van or nearby. There also wasn’t anyone calling in to say they had just been kidnapped and there was no sign of the parents coming forward. The parents didn’t even report this girl missing. Five-0 had no idea what was going on and their sole piece of evidence was the red wool found under the men’s fingernails.

Now, red wool wasn’t the usual clothing for someone living in Hawaii. It was, however, part of a uniform at an ultra-rich school for girls and so Tani found out who wasn’t in school that day seeing as the young woman would have been too traumatized to go to school. There were about five of them missing and unfortunately just one was reportedly living right in the path of the kidnappers. Yumi Chuma was still at home when Tani and Quinn showed up. They thought they would find a scared girl and at first, Yumi played into that.

Then the team called Tani to tell her that it looks like the men were killed by the teenager. The trajectory showed that the weapon firing came from inside and that it was near to where the red fibers were located. Therefore, it had to be Yumi. Yumi was watching Tani as she took the call and she spotted the moment Tani was going to warn Quin. Its why she attacked the way she did. She took on both women and beat them to a pulp. She also escaped before anyone could stop her so right away they knew Yumi Chuma couldn’t be her real name.

The team later searched her apartment. They found several items that just proved they were right about her name is an alias. Yumi it seems was wanted all over the world for espionage and it all started from when she was a spy for North Korea. Since then, she’s been selling her wears. She was doing a little this and a little that. She’s now interested in a girl she had befriended when she was pretending to be a teenager. Her whole cover was crafted to befriend this girl and this girl’s father just so happens to be the Major General.

The guy even has DOD clearance. He thought his house was safe because he never brought his work home with him, but he did sign into DOD on his laptop and that’s what Yumi was monitoring. She had already downloaded a large file of classified information before the team could change the password to lock her out. The team, therefore, needed help in sussing out what Yumi was truly looking for. They turned to Aaron Wright for help and the man was so happy to touch a computer that he actually was helpful.

Aaron did a search for “Oahu + North Korea”. They figured Yumi went to such lengths because of her old allegiance to her home country and their guess had paid off. Yumi had needed access to DOD files because there was a man by the name of Jae Sung-Dai she needed to find. He was a defector from North Korea and was recently moved for his own safety. Yumi went through all of this because she wanted to take him back to North Korea and so it was a race to Jae Sung-Dai. As luck would have it, Yumi got to him first though the team had been right behind her.

Tani and Junior tried to arrest her. She told them that she stole all those files because she has them on the time-release clock and that they’ll be posted to the dark web if any of them stood in her way. The team was trying to Aaron stop her, but while they were waiting for him, Yumi got to drive away with her prisoner and the two of them got to talking. Quinn understood Korean and so she knew that Yumi was once partners with the man she was kidnapping. They were even friends at one point.

Yumi also confessed she volunteer for the job when she found out he had defected, so this was personal for her and for him as well. The poor guy didn’t want to die. He pulled over the car and tried to make a run for it on foot. But she was coming behind so the team was forced to shoot her. They couldn’t have let kill someone right in front of them. And yet they risked sensitive documents being released so it was a good thing when Aaron helped save the day.

The team still hated Aaron, but at least he had made himself useful this time.

And overall it wasn’t so bad for Quinn’s first day on the job.