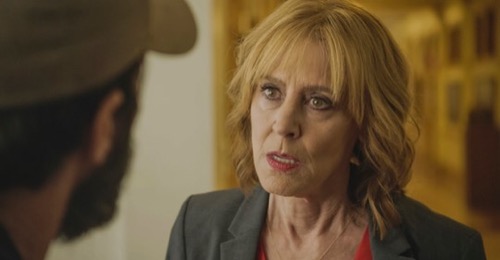 Tonight on CBS Hawaii Five-0 air with an all-new Friday, November 15, 2019, episode and we have your Hawaii Five-0 recap below.  On tonight’s Hawaii Five-0 season 10 episode 7 called, “Ne’e aku, ne’e mai ke one o Punahoa”as per the CBS synopsis, “Five-0 teams up with a DEA agent to search for a killer whose plane crashed in the jungle with $10 million worth of heroin on board. Also, Grover is thrilled when his niece Siobhan comes to try out for the University of Hawaii basketball team.”

The team caught a case. This one hit close to home because the victims were first responders. They were responding to a 911 after some hikers had found a man passed out in the woods and tried to help. Only this guy woke up mid-flight to the hospital with a sudden violent streak. He killed the EMTS that were working on him and he forced the pilot to land before he killed him as well. It was odd that this man would kill people that only trying to help. The team suspected he might have been running away from something or someone and that he tried to erase his footprint because he didn’t want to be found.

The team also had a description of the suspect. The hikers described their suspect as Asian and around 5’8. He also was bleeding from several cuts indicating something happened out in the woods. Maybe the guy got into a fight. The team worked with that theory going forward and they checked the nearby area to see if he stopped to grab any essentials which helped ended up helping them. Their guy was seen on security footage grabbing a burner phone at a corner store in the neighborhood. Those things could be tracked nowadays and so the team followed the trace back to a house.

It was there they met someone in law enforcement who was also looking for their suspect. It turns out their guy’s name is Ben Tam and Tam left a hundred million dollars worth of heroin out in those woods. He wasn’t going to be leaving without it and that meant he wasn’t in danger of fleeing. If anything, he was going back out to into forest and there was dangerous for their friends. Junior and Adam went to go check out the scene of where Tam was found and so they were probably near the drugs. And thereby near Tam.

Tam has shown he’s willing to kill. He also couldn’t back down now because it turns out he was in bed with the Chinese Cartel and it was either kill or be killed for him. Tam was going to get those drugs, but Adam and Junior were going to put a fight. Their friends just knew they would and so they went rushing into the jungle after them. They even brought the special agent with them. They needed all their help to get aid to Junior and Adam and so now really wasn’t the time for Lou to do family stuff.

Lou’s niece was in town. She was a basketball player and really good one at that. The University of Hawaii was interested in having her. They saw her in action and they wanted to see what she’s like if tested. They had Siobhan play in an one on one match and she had been good. She showed them that she deserved a spot at their university. They in turn wanted her. They were just concerned about a certain thing in her background. Siobhan was found with a gun back in Chicago and she never really explained herself.

She instead torpedoed her life. She let basketball fall by the wayside and the rest of her life would have been over as well if it hadn’t been for her uncle. He pulled certain favors to get her this second shot. He was also warned by the university that if they were going to offer her a full ride that she had to comply with a certain rule. They wanted her to live off campus with her uncle Lou. Lou was Five-0 and they trusted him to keep her out of trouble. And so Lou had to decide if he was willing to let his troubled niece live with him, but she had overheard him with his wife.

Lou mentioned how they didn’t have space. They also talked about how Siobhan never revealed what was going on with her and that she could make that mistake again as far as they knew. Siobhan overheard all of this and she thought she wasn’t wanted. She left the apartment without anyone noticing and Lou was looking for her while the rest of his team was carrying on with the task. McGarrett who really should have stayed home had gone into the jungle after their guys. He took Tani, Quinn, and DEA Special Agent Richie Gormican.

Gormican was the one that told them about Ben Tam and about the drugs. The team thought it was only fair to include him and they needed his help to go protect Junior Adam. Now, the team shot a phone call off to the boys while they were still time. They knew to hide when they saw Tam and his people arrived. Tam had apparently brought friends with him. Friends like Sam Bishop who used to be Cullen’s right-hand man and so this could be what Cullen was talking about. Cullen said there were bigger things at play here.

Cullen never got to say anymore because he died. Then to have Bishop suddenly there was just too good to pass up and so the team worked together. They later took everyone else out and left Bishop alive to be questioned. They also handed over all the drugs to Gormican. He was supposedly working the case and they didn’t want to take that win from him yet it turns out he’s been lying to them. He was a dirty agent. He was working with the cartel and he killed the Marshals that were protecting the drugs because he wanted to sell them himself.

Gormican was going to betray everyone just so he could have a payday and so it was a good thing the team caught him as well as the drugs at the airport before either could get away.

And afterwards they had celebratory drinks with Lou and Lou’s niece who finally said she had a gun on her because she stole it from a gangbanger that wanted to hurt her friend. And so she wasn’t out of control, she merely needed Lou to talk to her before he judged her and he promised to do that now that she’s going to be staying with him while she goes to school.

And in other news someone later killed Bishop before he could talk.