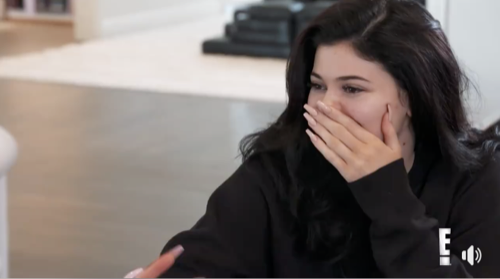 Tonight E!’s most-watched series Keeping Up With The Kardashians (KUWTK) returns with an all-new Sunday, June 16, 2019, season 16 episode 10 and we have your KUWTK recap below. On tonight’s KUWTK season 16 episode 10 is called, “Heavy Meddle” as per the E! synopsis, “Khloe tries to mediate a fight between Kourtney and Kendall, but her meddling ends up making matters worse. Kim turns to her friend Winnie Harlow for support while searching for a cure for her worsening psoriasis. Kris makes herself at home in Kylie’s new office space, so Kylie must show her mom who’s boss.”

Kendall was back from a vacation with Kourtney. Kourtney sort of mean to her the whole trip and no one else saw it that way, but Kylie felt it and she decided to talk to Khloe about it. Khloe was one of the few people that would understand how Kourtney’s behavior was downright bullying and that’s what she called it. Kendall didn’t use that word. Khloe heard all about Kourtney going on a vacation with Kendall and Kendall’s friends and how Kourtney acted. She would yell at Kendall, she would put her dirty shoes on the headrest, and she tried to tell Kendall that she was overreacting whenever Kendall tried to tell her sister to cut it out. Kourtney was either showing off to Kendall’s friends or was just being a jerk. Kendall never figured out the way.

Kendall also hoped that her sister would apologize now that they’re both home. She and Khloe felt the same way about it and so now Kendall knows it wasn’t just her imagining it. She was mistreated and she thought Kourtney would bring it up when they next saw each other, but she didn’t think it would be so soon as it was. Kendall had dinner and she invited over her friends. She didn’t know that Kourtney would be coming along too or that she would continue to be oblivious. Kourtney showed up and she didn’t seem to know there was anything wrong. Kourtney also kept excluding Kendall. Kendall would walk out the room and her sister would clink glasses with her friends. And no one would remember Kendall was there as well.

Kendall bit her tongue with Kourtney, but Kourtney was confronted by Khloe. The older sisters were hanging out and Khloe brought up what happened. She told Kourtney that Kendall felt like Kourtney was saying things at her expense and so that’s when Kourtney said the trip wasn’t like that at all. She told a whole different story. Kourtney remembers it as Kendall overreacting on every single thing and Kourtney being the one to tell her to shill out. She even told her story about how Kendall handed over her key right before they went skiing and that Kendall mentioned that Kourtney couldn’t fall because she didn’t want her to lose the key. And Kourtney was surprised her sister didn’t want to fall just because she might break her legs.

Khloe realized that the stories didn’t match up. She was hearing different versions and there didn’t seem to be a middle ground. Khloe tried talking to Kendall again about Kourtney’s version of events and it didn’t end very well. Kendall got offended that Kourtney was changing what happened and she denies being anal over a shopping list. She said that never happened and she naturally became angry. Kendall later called Kourtney and told her that she was lying to make her look crazy. She also said that Kourtney was being crap to her because she felt like crap and wanted to take it out on someone else. If Kourtney wasn’t seeking validation from Kendall’s friends then maybe she would have seen her behavior for what it was.

Kourtney and Kendall got into another argument. Kourtney denied there was an issue and then Khloe saw firsthand how Kourtney talked to Kendall’s friends. She would make fun of their sister, but it wasn’t malicious or anything. Khloe still got where Kendall was coming from all the same and so she tried to bring the sisters together. Both Kendall and Kourtney were invited over to hash things out. They never even got that far because they got into another argument and this time Kourtney blamed on Khloe. She implied that Khloe had overexaggerated what she told her and so Khloe defended herself. She said she’s just been telling them what the other says and Kourtney made a comment about that as well.

Kourtney said they weren’t third-graders and that’s all she got to say because Kendall walked out, but Khloe didn’t let this step backward stop her from interfering. She also interfered with Kylie and Kris. Kylie and Kris have been building a headquarters for Kylie Cosmetics. Its been a year in the making and they were almost there now. So they checked on the progress. They both got to see how amazing the building looks and the photos of Kylie’s Forbes Magazine Cover. It was a great trip for mother and daughter and the empire was slowly coming together. There was just one problem, though. It was hard for them to both work in the same office and not annoy each other. Kylie even took issue with the giant photo of Kris in the building.

Kylie complained about it to Khloe. Khloe sided with her and she told her to reassert herself. She advised Kylie to shut Kris out a bit and that’s what Kylie did. Kylie claimed their joint office for herself and she put Kris out into the pool area with the rest of the people. All it did was infuriate Kris. She stormed out of the office and she refused to come back. She said she was going to be working out of her home office and so Kylie felt bad about that. Kylie went over to her mother’s house and she apologizes. She also told her mother that she missed her. Kris missed her as well and so Kris agrees to come back to the office. They like their energy when they work together and so from now on, they would have their own offices.

Khloe’s interference was two for two. Even Kendall and Kourtney managed to talk on their own and they made it up. They also realized that Khloe shouldn’t have interfered because she somehow made everything worse.