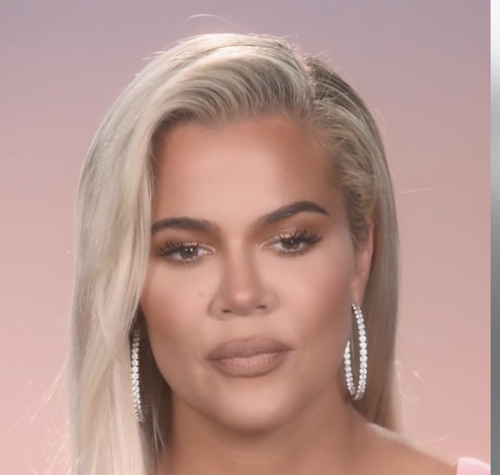 Tonight E!’s most-watched series Keeping Up With The Kardashians (KUWTK) returns with an all-new Sunday, October 27, 2019, season 17 episode 7 and we have your KUWTK recap below.  On tonight’s KUWTK season 17 episode 7 called, “The Ex-Factor,” as per the E! synopsis, “When Khloe’s ex-husband Lamar releases a memoir that includes details about their relationship, she considers reconnecting with him for the first time in years.

After an old rumor resurfaces, Kris worries that it will spark a fight between her and Khloe. Kim is nervous to speak at a live press conference at the White House. Scott thinks his dog has what it takes to win Best in Show.”

Tonight on Keeping up with the Kardashians, Scott decides to enter his dog Hersh into a show dog contest, Khloe jokes around says she’ll help make fliers for the stands, Scott begins to train Hersh for the dog show with a trainer, showing the dog how to stand and tricks to do.

Khole discusses with Kylie Lamar Odom’s upcoming tell-all book, she goes into discussing all the ups and downs they been thru, she goes on to say she’s not worried about him bashing their family because they were good to him. While Khloe is back home into her newly renovated home, her and Kim discusses her working with Cut50 and their initiatives to helping cut incarceration by 50%, Khloe tells her she’s proud of the woman Kim’s becoming.

Khloe and Malika watch Lamar’s Good Morning America interview and he says he owes Khloe an apology and enjoyed being on the reality tv series.

Kris gets wind of Lamar’s books and how Lamar is accusing her of orchestrating a Soulcycle incident where she told Lamar where Khole was going to be and he popped up on her unannounced, which pissed Khloe off and she blamed Kris for it because she and Lamar divorced and she didn’t want any contact with him.

Scott asks Kris to help revamp his home they go out shopping and he notices her phone keeps ringing but she doesn’t answer it’s Khloe and he tells her she should answer, she confesses she’s avoiding Khloe because of what Lamar mentioned in his book about the Soulcycle incident.

Khole tells Kim and Kourtney that Lamar wants to have a face to face sit down with her, she admits that she misses him but not in an intimate way, Kim thinks it’ll be nice for them to sit down.

Khloe states that after Lamar’s final drug overdose and doing everything to try and change him and he didn’t she was fine letting him go.

Kim heads to the White House for the Second Chance imitative reform where she is giving a speech on the projects she’s been working on helping those recently released from jail transition back into society.

Kim is joined by the lawyers who’s been helping her with the Cut50 project and study for her Bar exam, she is invited on stage to give her speech by Trump, Kim goes up and wings the speech and announced her partnership with Lyft giving formerly incarcerated people rides to job interviews and to visit family, etc.

Scott tells Khloe that Kris is avoiding her due to the Soulcycle revelation and this annoys Khole even more, they plan to ambush Kris unexpectedly. Kim is surprised by Matthew Charles the first peridot she helped from the First Step Act, its the first time they met and they take pictures and exchange hugs as he thanks her for what she’s done for him.

Scott calls Kris to his house saying he’s sick with the flu and she voluntarily goes to bring him soup, unknowingly to Kris it’s all apart of Khloe’s plan to ambush her so they can talk face to face.

Khole arrives at Scott’s house and Kris is surprised and so the prank is revealed, Khole tells her she’s no longer mad and she’s over the incident but Kris still maintains her innocence in telling Lamar Khole’s location in the Soulcycle incident.

Scott discovers Hersh is disqualified in the AKC dog show due to Hersh having one blue eye, they both have to be the same color, Khloe says it’s unfair they both seem disappointed in the news so he decides to hold his own dog show with his friends and families dogs and Hersh in his backyard, and she wins best in show trophy.

Kim asks Khloe if she’s going to meet with Lamar and she says she will not because that chapter of their life is closed they both have moved on and she doesn’t want to be disrespectful to Lamar’s current girlfriend and that him apologizing publicly was good enough for her, and she wishes him the best.