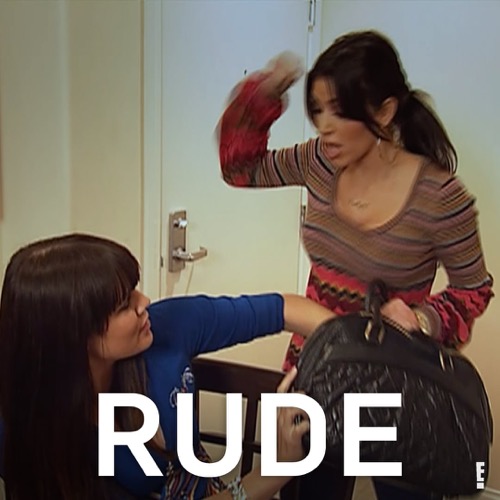 Tonight E!’s most-watched series Keeping Up With The Kardashians (KUWTK) returns with an all-new Sunday, November 17, 2019, season 17 episode 9 and we have your KUWTK recap below.  On tonight’s KUWTK season 17 episode 9 called, “Hard Candy,” as per the E! synopsis, “Kim and Kourtney plan a joint birthday party for their daughters, but a disagreement over candy puts the special day in jeopardy.

Kris is concerned about some of Khloe’s obsessive behavior and enlists the help of a professional. After receiving criticism over the name of her shapewear line, Kim faces a difficult decision about the future of her company.”

Tonight on Keeping up with the Kardashians, Kim faces backlash from naming her shapewear “Kimono” people stating that it’s a cultural appropriation to the Japanese culture, she discussed with Scoot the possibility of changing the name but she has already put the name inside the garments and losing 10million dollars. The mayor of Kyoto sends Kims publicist a letter explaining the backstory on the kimono and what it means to the culture and she decides to fix the issue and change the name.

Khole and Kris discuss the production of her new show but obsesses over a pen mark on her wall instead of focusing on the meeting. Kris notices Khole beginning to become more OCD like as she walks in on Khole laid across the floor cleaning scuff marks on her floor, Kris doesn’t think this is healthy and she is worried it’s causing her anxiety and arranged her to meet with someone to help her. Khole meets with Sheva a counselor for anxiety and OCD to help her, Sheva starts with an exercise to make her uncomfortable to stop her from being so clean, she has her put a fruit in a artichoke pile and vice versa, then mix organized colors of juice in her fridge out of order, Khole is clearly uncomfortable and bothered and just wants to organize things back in place.

Kim and Kourtney decide to hold North and Penelope their joint birthday parties coming up with the Candyland theme. Kourtney and Kim bump heads over the kind of candy that will be at the party, Kourtney doesn’t want sugar or chemicals at the party, Kim wants the party to be fun, but Kourtney feels that it’s wrong that Kim would give their kids along with others all that sugar. They both take their concerns to Khole and put her in the middle which Khe doesn’t want to be in, but Khole agrees with Kim saying during the green scene why to have a Candyland theme with no candy but she doesn’t say this to Kourtney.

Kourtney and Scott discuss their plans with the kids as Sharon the party planner calls her and asks if they are having candy or not at the party and she needs to know immediately what she should do, Kourtney tells her not to listen to Kim as she’s making the executive decision for the party. Kim, Khole, and Kourtney discuss the party and begin to argue and they decide to have separate parties since they can’t agree on having candy or not.

Kim changes the name of her shapewear line to “SKIM” and they come up with a strategy to try to save the garments printed with the kimono name and have them replaced with the new name.

Kris tells Kim they shouldn’t have separate birthday parties, Khole thinks it’s stupid to spend double money and have two parties, and need to resolve it since they both plan to have the separate parties on the same day and time. Khole has both Kim and Kourtney over to settle things, after some talking they both decide to put their differences aside and host a joint party for the kids since it’ll be more fun and convenient to everyone since they have the same group of friends, and go with regular candy. It’s the day of the party and it’s vibrant with different colors of candy and all the kids enjoy themselves jumping on colorful trampolines, walking down a path of rainbows, and cutting a colorful cake filled with candy. Kim and Kourtney agree to never have a Candyland themed birthday party.

Khole is doing her assignments from Sheva to mess up her shoe closet , and tries to stay calm, Kris says she’s proud of Khole for doing that, Khole decides to continue with the assignments since her OCD won’t change overnight. The family has dinner at Kholes home and while at the dinner table they discuss her progress which she feels she doesn’t let things bother her as much, to test her Kris dumps food on the table followed by Kourtney and Kim tossing things eventually it turns into a huge food fight with everyone laughing and ending with Kim dumping juice over Kris’s head and smudging a cupcake in her face with all smiles.