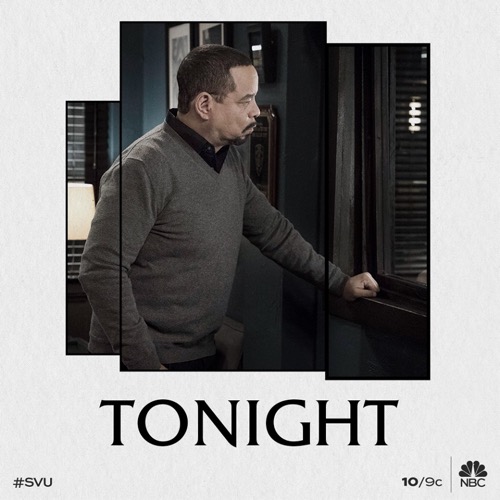 Tonight on NBC Law & Order SVU returns with an all-new Thursday, January 31, 2018, episode and we have your Law & Order SVU recap below. On tonight’s Law & Order SVU season 20 episode 13 called “A Story of More Woe” as per the NBC synopsis, “Benson tries to help two teenaged sisters after their father is killed. Meanwhile, Rollins goes into labor.”

Someone called “911” claiming a man had broken in. This man hadn’t been identified and was assumed to be a stranger because the dispatcher didn’t get any credible voice. The woman that took the call had only talked to one person and the voice had been young. This young girl on the other end of the line had said that her daddy was in danger and so police were sent to the address, but what they found didn’t seem to match up with what they were told. They came in and found the homeowner dead. The poor man had been stabbed repeatedly and Doug had been killed in his seat. He hadn’t been up nor did he fight this supposed intruder as his daughters claimed. The girls were the only other ones in the apartment and they made one claim after another about this intruder that killed their father.

The girls were Brittany and Laura Moore. Laura was the younger one and she said that the intruder came in through the window before he began to sexually assault her. She said the intruder kissed her and that he put his fingers inside her, but then her father heard the commotion and came running. The dad was painted as the hero. He interrupted the assault and fought the man that was hurting his daughter. It was a good story and unfortunately, none of it was true. The man had died seated and not on his feet. He had also been stabbed repeatedly by someone the knew well enough to allow them to get close. This person wasn’t an intruder and even if he was he couldn’t have come in through the window because it was humanly impossible to do so.

The window had been forced open by someone inside of the apartment. Someone like the only witnesses to their father’s murder. The girls had lied about the intruder, how their father died, and they may as well have lied about the sexual assault. That was up to SVU to figure out. Benson had spoken to the older daughter Brittany and she confronted Brittany with what they learned. She then asked Brittany if there was someone she was scared of and Brittany said there was. Brittany said that her father had been a monster and that she had to kill him to protect her sister Laura. The girls said that they had lied before, but they were supposedly telling the truth when they claimed their father had been molesting Laura and that Brittany killed him to put an end to it.

Only the police couldn’t take the girls’ claims at face value. They had to investigate the allegations and so they asked the girls if there was anyone they told. Anyone, they would have felt comfortable around and the police were told that Laura tried to tell someone. She said she tried to tell her neighbor Greg and so the police paid him a visit. They asked Greg if he remembered a conversation after New Year’s and he said that Laura had told him that she hated her dad. She also said that she didn’t want to live at home. Laura never even came close to accusing her father of rape and Greg said he would have called the police if he’d ever suspected. Greg thought that Doug Moore was a good man who loved his daughters and so the allegations had come out of the blue.

Laura said that the first time her father raped her it had been a Thursday after New Year’s and it turns out that Doug hadn’t been at home. He had been at work and his co-workers remember him because he leads a meeting every Thursday. Therefore, the first time that Laura said her father raped her had been another lie. The police couldn’t keep track of what was true anymore with the girls and them short-staffed when Rollins went into labor. Rollins had needed to go to the hospital and had asked Carisi to be there for support. Meaning SVU was short two seasoned detectives as they tried to get to the bottom of what led those girls to kill their father. And so that’s when the detectives learned they would have to go through the girls’ new guardian.

The girls didn’t have any living relatives and so their father had named their neighbor Greg as their custodian if anything ever happened. Greg said he didn’t know that he was the guardian until after he talked to the police, but he had been eager to get the girls out of the system and so he filed for guardianship right off. He won it temporarily and since then he denied the cops the chance to interview the girls. He could do that as their legal guardian. Greg got to decide what was best for those girls and the detectives’ intuition told them that something was off about that. They looked into the deed that Doug put in and Brittany’s name had been misspelled. Even a bad father would know his daughter’s middle name and so the police checked with the lawyer that did all of the paperwork.

The woman was showed a picture of Doug Moore and she didn’t know. She had never seen the reak Doug before though she did recognize the photo of Greg and said that Greg had the right ID, had the girls’ ID, and had even had a credit card in Doug’s name. Doug as in the real Doug had been impersonated in order for Greg to get custody of those girls and so the police got those girls out of there. They were taking them out of Greg’s apartment when Laura freaked out and yelled for everyone to hear that she loves Greg. She also asked Greg to say something and he didn’t. Well, he couldn’t. Greg was arrested for fraud and he tried to claim that he only forged the documents because Doug told him that he was suicidal.

Greg said that Doug has been talking about killing himself since New Year’s and that he had become concerned. He said that he tried to convince Doug to get help and, when Doug refused, he then forged the documents because he didn’t want the girls to go into the foster system. Greg claimed that he was only thinking of the girls and so he held on the fraud charges, but the police needed the girls to cooperate if they were going to get Greg for what they suspect was really happening. The detectives searched Greg’s apartment and they found the Shakespeare that Greg was reading to Laura. It was Romeo & Juliet and there was an inscription in it that says from “From Romeo to My Juliet”. The only person that could have written that was Greg and the police believed he was calling the thirteen-year-old his Juliet.

They couldn’t get anything out of Greg and so they went to Laura. Laura was told that Greg called her feelings for him a schoolgirl crush and that had devastated Laura. She didn’t want to betray him but once Benson said Greg claimed to love his girlfriend Susan – Laura broke. She said Susan didn’t have a ring and she did. She showed Benson the ring Greg got her and said that the two of them were going to get married when she turns eighteen. Laura had lied about everything because she wanted to be with Greg and so the police told Brittany everything. Brittany had killed her father because she believed Laura when Laura said it was their father that was molesting her. With the truth finally out, Brittany hated herself for what she did and she wanted to blame her sister except the police said that Laura was just as much a victim of Greg’s and Brittany was.

Brittany had been lied to and manipulated. She wanted Greg to pay for what he did to the family and so she agreed to meet with Greg. Brittany wore a wire as she got Greg to admit that he’s been sleeping with Laura and that he supposedly loves her. And Brittany had gotten so angry that she stabbed Greg in the face, but the police moved in and they arrested Greg for rape as well as conspiracy to commit murder.

Brittany wasn’t going to serve any time for killing her father and both she and her sister will go through extensive therapy.

But at the end of the day, the detectives of SVU went to go see Rollins and her new baby daughter.