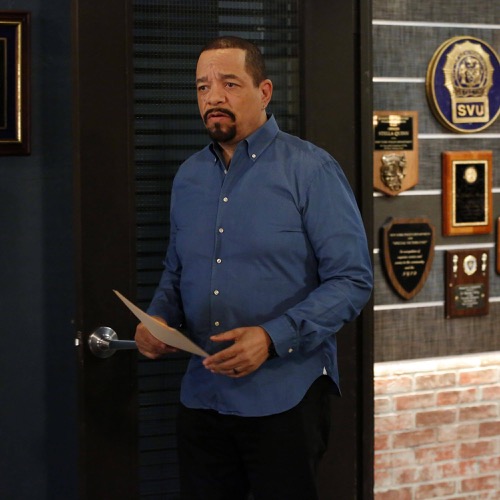 Tonight on NBC Law & Order SVU returns with an all-new Thursday, April 25, 2019 episode and we have your Law & Order SVU recap below. On tonight’s Law & Order SVU season 20 episode 21 as per the NBC synopsis, “Benson helps a teenage exchange student after she’s assaulted by a cab driver.”

A young woman was raped by her taxi driver. Emilia Barassi ran out of a friend’s apartment when a game of strip poker had left her down to her underwear and she grabbed the first taxicab she saw. It wasn’t until she was in the taxi itself that her driver was saying that she didn’t deserve to be mistreated and he locked the doors. Emilia didn’t realize what was wrong at first and she thought he missed her apartment by mistake, but then he grabbed her arm and smashed her face into the partition. It was enough to knock her out and that’s when he pulled aside to rape her. She was later left in the middle of the street and the driver left her for dead. Emilia was lucky when the neighbors saw her in the street and immediately came out to help.

An ambulance was called and the police were brought in when it was revealed that Emilia was found in her underwear. Everyone just assumed her attacker was the one that stripped her and so no one knew differently until Lt. Benson began questioning the victim. Emilia was fifteen, scared, and she was staying in a foreign country. She was an exchange student from Ischia, Italy and she was staying with an exchange family. The Matthews were a very concern with what was best for her and Richard Matthews seemed volatile. He wanted the man that raped his foster daughter to pay and he was blowing up at everyone. Richard almost lost it with Detective Rollins as well and he explained it as being frustrated. He said that she was given into their care and they should have protected both girls.

Emilia’s sister Lara was also staying with the Matthews. She was attending university and so she was on a student visa as well. Both Lara and Emilia spoke clear English because they attended the American School back in Italy and it was clear that they were privileged. The sisters went to fancy schools now in the states and everything paid for them by their host family. The Matthews seemed like a caring couple and so it was shocking to hear from Emilia’s friends. Her friends all Richard a taskmaster and said that he constantly breathing down on both girls. The girls didn’t have any complaints, but Emilia didn’t want her foster dad to know that she was playing strip poker or that she had run out in her underwear.

The detectives didn’t mind keeping the details from the host parents because they just wanted Emilia to feel safe, but she couldn’t find her phone and so the police thought the rapist might have it. They traced it down and it led back to her sister Lara. Lara grabbed Emilia’s phone at the hospital and she claimed she forgot she grabbed it. Even if her statement didn’t ring true. Emilia’s friends had tried calling the phone and Lara sent it straight to voicemail. Why would she do that? Lara knows the friends are worried and so couldn’t have answered the phone just to say that Emilia was alright? The detectives had these questions and they pushed them aside because they realized that Emilia paid for her taxi with an app set up by Richard.

The app could be traced and so they identified the man that attacked Emilia. Her rapist was Oscar Grove and when he was arrested he said that the girl had to come because of what she was wearing. Neither of his arresting officers was amused and they put him in front of the DA without a problem. There were just a few more questions they had for the Barassi sisters. They found a video of Emilia sleeping with two adult men in some underage porn and Emilia claimed that she wasn’t forced or anything. She said she did it because she wanted to and that it was a one-time scenario. She also pretended like her sister hadn’t been with her and it was Lara that recorded the video. Lara later sent it to her teenage sister and so they asked her about the video.S

They had her on distribution and so she had to talk to them. Lara admitted that she went with her sister to a sex party and that nothing happened there that Emilia didn’t want. She said her sister had merely been experimenting and they talked to her foster mother who said that both girls didn’t like speaking about their emotions because they were both molested as children by their dad back in Italy. The detectives checked and their father was in prison, but something didn’t add up. Lara came to the states first to study back in high school and she sent for her little sister because she wanted Emilia to be there for her graduation. It was until after Emilia got out there that both girls claimed they were molested by their dad and them recollection of this was exactly the same. They repeated the story word by word as if someone had taught them what to say.

The detectives suspected that both girls had been brainwashed by Richard. Richard has taken in plenty of exchange students and they’ve all been young woman, but Benson confronted Emilia by herself and she got Emilia to remember how it really was. Emilia didn’t think she was molested until Lara claimed she was and Richard “tested” her. He tested her by molesting her himself and telling her that he loved her. He brainwashed her and her father in prison now because Richard wanted to kidnap her.

The detectives went to go arrest Richard and he had already been warned by Lara, so he had nothing to hide. Richard said he loved his girls and that his wife had had her day. Its why he took off the doors to all of the rooms. He wanted his “old bitch” to see his “young bitches”. Richard bragged about all the girls he’s been with and he didn’t shut up until he was asked who had molested him. That’s when he used a diversion from his wife to go jump off the roof. Richard killed himself because he didn’t want to be arrested and all his wife could say afterward was what about her.

Mary went along with everything because she didn’t want to be alone and Lara went along with it because she thought that he would return to her once he was done with Emilia, but Lara later tried to kill herself and she had needed to be put on suicide watch.

It was while she was recovering that Lara and Emilia’s mother came to see them and she was willing to forgive it all.