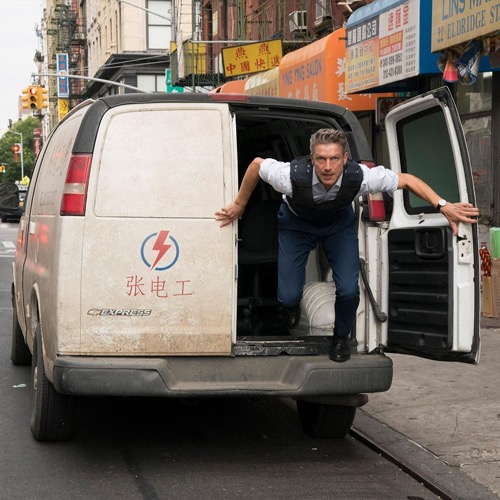 Fin and Amanda are staking out two young women and a man as part of a human trafficking investigation. They target a massage parlor. One of the young women tries to run, escaping out the window. Carisi saves her from falling. They take the spa owner in and the young women.

Amanda talks to the young woman who almost fell from the window. She is paying off a family debt and paying for her brother to go to college in California. Liv talks to the spa owner who has been arrested 10 times. She tells Liv she will get off again. Fin and others look through the massage parlor to find evidence. They bring the video back to Liv. One of the women is being raped in the video. Liv is sick.

Amanda and Carisi question the girls who tell them their boss allows the man in the video to come in for free on Sundays. They were told to do whatever he wanted.

The next day they hold a stakeout and get their guy, Theo. They bring him in. He is cocky and arrogant and doesn’t call it rape. He asks for a lawyer. Meanwhile, Amanda tries to talk one of the girls into testifying. She refuses. One girl Lily agrees to it.

Inside the courthouse, Lily gets a text and asks to use the bathroom. Inside, she tries to escape but falls to her death.

At Lily’s funeral, Carisi and Amanda find Mei Mei, the young woman who almost fell out of the window. She is angry and sad. She won’t testify but shares that the spa owner’s helper Charlie and Lily are together. They were saving up to run away. They head to see Charlie who tells them he knows the owner of the building who is the friend of Theo.

The owner’s father who is also an owner of 11 other buildings is brought in. All 11 rent to spas. He asks for immunity if he lets them into the locations. Carisi is irate but what choice do they have.

Liv and the team are denied the ability to give the father and son immunity unless they can prove what is going on inside. Liv has another idea. She uses what she knows about the spa owner’s daughter as leverage to learn about sex trafficking. The daughter is supposed to go to a prestigious college. Liv will make that go away with bad press. The woman talks, giving up all of her bosses.

Liv and the team complete a sting and find workers in a basement. It leads them to more paperwork and a very rich couple, The Changs, who pretend to be upstanding individuals. They bring them to the station. The Changs pretend the girls are freelance workers.

Mrs. Chang finally breaks down and tells them how she escaped her home to come here with the help of a man. She had nothing then so you could imagine what she had to do. She helped other women get her. But her path of helping them deviated and now she must atone. She cries. The room goes silent.

As Liv and her team sit in court to see the Changs be charged, a lawyer swoops in with federal papers to release them. They cut a deal with the DOJ.

Carisi and Amanda meet with Mei Mei to tell her she is free. They also called her brother but didn’t tell him what she did for work. She calls him and they make plans for her to move to California.