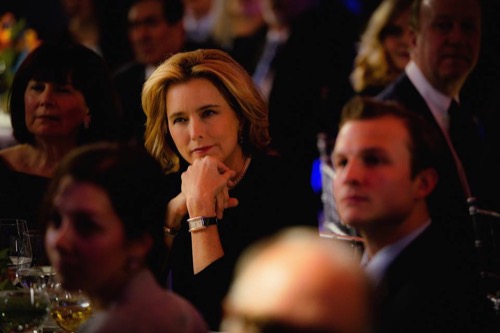 Liz is annoyed with her brother. He has been leaving crumbs and food everywhere. Stevie is racing around to get to work. A lot is going on. Liz and Henry head to meet Mike B. Who wants Henry to meet with a pastor. He wants them to cozy up to him so he will support Liz.

At the office, Liz gets an update on a major storm as typhoon season is upon them. Glenn arrives unexpectedly to discuss the Nauru island in its path that needs to leave before they all die. Some of the people there are already dead. He is headed to brief POTUS next.

Liz is briefed by Jay and Blake that the president of the island and 19 of his people are dead. The next man in charge is David Akua who doesn’t even know what has happened yet since he has been traveling. When he arrives at the office Liz has to share the devastating news. She also shares how they all need to evacuate.

David is angry. If it wasn’t for the climate change and all the US has done to pollute the atmosphere he might be able to stay on his island. He leaves angry.

At home, Liz tells Henry about how they are trying to find a new location for Nauru. She is stressed and looking for emergency chocolate and a solution to help these people.

At the office, Blake tells Jay they have found several places for the Nauru people can go but they will be separated. Jay tells him to keep looking for a better solution. Daisy tells them of a new storm headed through the area.

Henry meets with Russell and the pastor who implies that the Nauru people are suffering at the hand of God for there sins. Henry is already annoyed. But pushes forward offering to speak about poverty at an upcoming conference.

Blake and Nina have found a famous movie star who has an island. He is in trouble with the IRS. Maybe there is a deal here?

Liz video chats with David who tells her it is bad. She tells him he needs to leave. He doesn’t want to. She has a lead on a new home for them and will have their religion buildings moved. He will talk to his people.

Daisy, Matt and the team meet with the movie star Bryce who doesn’t want to part with his island until they mention jail. He talks about budging for a Nobel Peace Prize. They tell Liz who laughs. She has to talk to Russell about building a fund for people like the Naurus who are suffering because of the US and other countries. Russell thinks Congress is going to laugh at them. Liz wants to fight with another typhoon on the way. POTUS tells her he isn’t behind it.

Liz gets the call that the IRS has signed off on Bryce’s deal. She heads with Henry to the conference where he speaks about climate control and not poverty. The pastor is angry but talks with Liz. He introduces her to a few people while Henry talks to the pastor’s daughter. She admits she appreciated his speech.

Liz and Henry arrive home to Mike B. waiting who is angry. Henry should have done his speech and now she has lost Iowa. He quits. Henry tells him to take a breath but Mike is too angry. Later, Liz gets a call from Blake. The storm they expected has turned into a typhoon. Liz asks Henry if maybe Mike is right and she should have listened to him.

Henry meets with the pastor’s daughter, Ruby. She thinks she needs to speak out about climate change but it could ruin her career.

Liz meets with Russell, POTUS, and Jay. She tells them about Ruby and how she is willing to back Liz’s proposal for a fund to help those displaced by climate change. She gets a call to report to her office for a video chat with David. He is in the midst of the storm and panicking. He doesn’t know what to tell his people. Liz tells him to get out of there.

Liz gets word that most of the people made their way off the island with the exception of a few dozen.

Liz goes to meet with Mike B. at his home. He is upset that his dog is sick with cancer and dying. Liz comforts them both. They cry and laugh over Gordon the dog as a puppy, having accidents all over the place. Liz tells him she will always be his friend.

Russell and Henry watch as Ruby takes part in an interview where she admits she believes in climate change. Meanwhile, Congress votes for Liz’s fund. Blake shows the team that the island of Nauru is completely gone. NASA has confirmed. Liz continues to sit with Mike. Ruby arrives home to see her father. The people of Nauru arrive at their new home where they bless a statue and raise a flag.