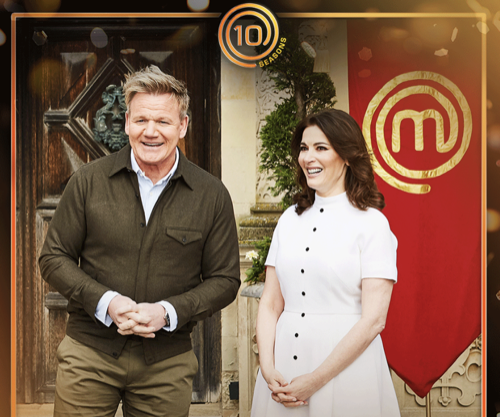 Tonight on FOX Gordon Ramsay’s Masterchef returns with an all-new episode on Wednesday, September 11, 2019, season 10 episode 23 called “London Calling – Pt. 2,” and we have your weekly Masterchef recap below. On tonight’s Masterchef episode as per the FOX synopsis, “The Top Four chefs travel to the historic Hatfield House in London, where they cook for both the judges and for British cooking royalty, Nigella Lawson.

The chef-testants are given just 60 minutes to cook a finale-worthy venison dish. Then, with only 30 minutes remaining, the judges throw a surprise twist at the home cooks, forcing them to think quick on their feet.”

The top four chefs Noah, Sarah, Dorian, and Nick remain in London to battle it out for the top spot. They visit the beautiful famous Hatfield estate and perform the semifinals there.

Three spots remain and one will be eliminated tonight. Tonight they cook for Nigella Lawson a renounced food critic. Tonight’s protein dish will consist of a venison dish fit for a King or Queen. The chefs race frantically as they only have 60 mins to prepare the dish. The judging chefs feel as if Noah is over his head by cooking a mushroom risotto and venison loin.

Nick is also worried about his bone marrow venison wrap dish. Sarah is making a venison rack dish. During the halfway mark of the challenge Chef, Ramsay interrupts to add an extra dish to be made as a dessert is a trifle which consists of fruits custard and liquor, it is not an easy dish to make given the time the chefs have to make it.

Noah seems to be giving more attention to his trifle then his venison. All the chefs look worried and rushing to finish up each dish and spend equal time on both the dessert trifle and main course dish of venison.

The chefs wrap up preparing the dishes for presentation and begin to plate their creations. The judges begin to taste and critique the plated venison dishes, up first is Dorian with her cocoa butter-basted venison dish, Chef Ramsay feels the venison is cooked perfectly and done well her trifle wins over Chef Ramsey and Nigella.

Next up is Noah and his pepper-crusted venison loin with mushroom risotto, and the risotto was a fail as he may have taken on too much and over his head, his trifle pleases the judges and he redeems himself. Sarah follows behind and her venison rack dish, judges feel venison is cooked good but lacks flavor. Her trifle dish also falls flat.

Up next is Nicks bone marrow crusted venison which has a problem with the string being still attached, but his dish impressed the judges, they feel his trifle was overwhelmed with liquor. Only three go thru Dorian, Nick, and Sarah. Noah gets sent home the judges felt his dish was way over the top and he did too much without focusing on the venison and the mushroom risotto was a flop.