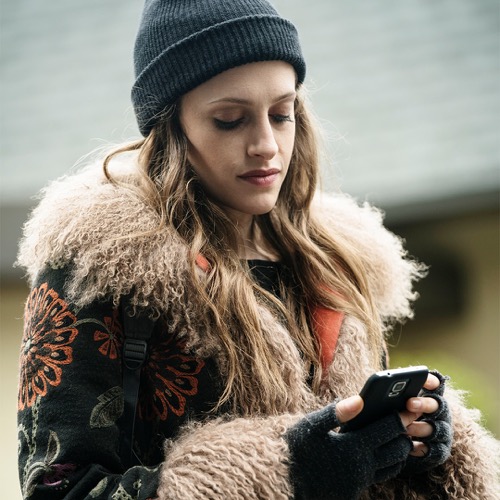 Mr. Robot returns to the USA network tonight with an all-new Sunday, December 8, 2019, season 4 episode 10 called, “Gone” We’ve got your Mr. Robot recap down below! In this evening’s episode as per the USA Network synopsis, “Elliot and Darlene deal with the ramifications of their major strike against Whiterose.”

Tonight’s episode looks like it is going to be great and you won’t want to miss it, so be sure to tune in for our live coverage of USA Network’s Mr. Robot recap at 10:00 PM EST! While you wait for our recap hit the comments and let us know how excited you are for another episode of Mr. Robot tonight.

Dom is in her hospital bed. Agents from the bureau tell her she is on leave for 6 months and has to wait for OPR to clear her. She begins to cry when they won’t tell her where her own family is. She just wants to go home but the nurse tells her she can’t leave. She checks herself out against medical advice.

Dom arrives at her apartment. She makes herself a grilled cheese when there is a knock at the door. Its Darlene who tells her to hurry. She and Elliot have a plan to get away but Dom doesn’t want to leave. Darlene freaks out and breaks Alexa who is playing Faith Hill while Dom eats her grilled cheese. She tells Dom to snap out of it. She needs to come with them.

Elliot sits outside of his motel smoking when Darlene arrives with Dom. He tells Darlene that he isn’t done and plans to go to Washington Township. She tells him she is done. They hug goodbye. Meanwhile, Dom goes into the motel room to find Leon. She is shocked. He shot four people in the barn and now he is here. It takes him a bit to realize who she is. He calmly sits there rolling a blunt while talking to her about an old movie she must see, given she is an FBI agent.

Leon, Dom, and Darlene hit the road, taking the scenic route to avoid the Dark Army who is all over Connecticut, according to Leon. Dom looks at her new passport and her new name, Jackie. She asks Leon what he thinks about the name? She is hopeless but he gives her something to think about when he asks her if she thinks Leon is his real name. They make a pit stop.

They sit and talk at a rest stop while watching people around them. As they sit on a park bench, Darlene makes a transfer back to the world’s eCoin wallets. The people around them are smiling, laughing and thrilled. Dom isn’t so sure about this. It isn’t right. She broke the law. But after a speech from Darlene about Robin Hood and the redistribution of wealth, she seems to change her mind a bit.

Leon drops them off at the airport. He tells Darlene he has worked for her when she gets back. She explains that she is going to lay low for a bit.

Dom runs into Irving at the store at the airport. He is there selling his book, Beach Towel. She is scared of him but he tells her the dark Army doesn’t care anymore. She doesn’t need to be nervous. She heads back to the bar near the store where Darlene is. She tells her they don’t have to run. Darlene still wants to go. Dom tells her she can’t go. Darlene is upset. She can’t go alone. She gets panic attacks and freaks out. Dom apologizes and gives Darlene a hug and a card to a friend at Cyber company to use when she wants to be an adult. Darlene enters her gate as Dom leaves. Minutes later, Darlene has a panic attack and runs to the bathroom, missing her flight while Dom changes her mind and boards the plane to Budapest.

In the bathroom, Darlene gets her attack under control. A woman in the bathroom asks if she is all right. She tells her yes, she can take care of herself. They make the last call for her flight but she decides she isn’t going.