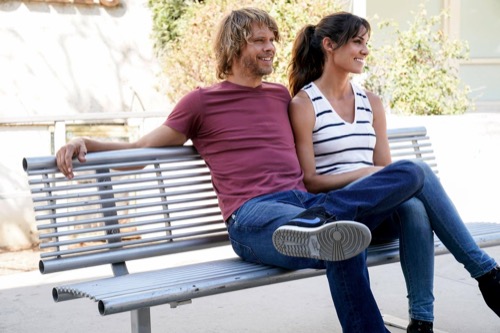 Tonight on CBS NCIS: Los Angeles returns with an all-new Sunday, March 3, 2019, season 10 episode 16 called, “Into the Breach,” and we have your weekly NCIS: Los Angeles recap below. On tonight’s NCIS Los Angeles season 10 episode 16, as per the CBS synopsis, “The NCIS team investigates the murder of a journalist who was writing an exposé on a mishandled classified military operation. Also, as their wedding day quickly approaches, Kensi and Deeks work on the last remaining items on their to-do list.”

A couple of birdwatchers came across an accident. They had sadly been too late to help the woman in the vehicle, but simply calling for emergency services set about a series of events. The woman was identified as Rebecca Frazier. She was a journalist and recently she told her bosses that she was writing about a secret operation that had been covered up. Rebecca never went into details with anyone about what this mission was and so DOD were concerned. They wanted to prove that Rebecca’s accident truly was an accident and if it wasn’t that it had nothing to do with a secret operation.

The team were brought in to investigate the matter. Kensi spoke with people close to Rebecca and she learned that Rebecca had been trying to get into contact with someone named Odell Ikande. Ikande was a retired marine that had gotten injured during a classified operation and so it did seem like he might have answers, but if that wasn’t enough, the team were told that Rebecca’s last words were “find the candy”. They didn’t know what it meant until they heard about Ikande and realized that their victim could have been trying to say “find Ikande”. Ikande had been easy to track down and so the part the team was struggled were the questions.

Whatever Ikande was doing when he got injured, he made sure to cover his tracks. He kept putting off Rebecca despite her trying several times to contact him and someone put a tracker on her car. The team later found it when they reviewed the scene and so they went to ask Ikande about it though he had been gone by time Kensi and DeChamps showed up. The ladies had found Ikande’s roommate instead. She didn’t know why her door had been left ajar or why her roommate seemed to have disappeared in a rush. And so the team stopped playing around with what could have happened and they had the Special Proseutor that was back in town to get some answers.

The Special Prosecutor learned that this classified mission had involved Ikande’s team being pulled away from tracking a high-value target in order to rescue some contractors that had gotten trapped. Ikande’s team was only to retrieve the men which he did, but he lost four of his people and was injured in the rescue. The only thing secretive about what he did was the high-value target he had been tracking and that man got away when Ikande’s team left. Therefore, there was no story.

The team realized someone else might have a hand to play in Rebecca’s death and so they went back to security cameras.
If someone was following her then it could be seen in security cameras. Nell and Eric checked the feed and they found one white van consistently following their victim. The van hadn’t left Rebecca’s sights until her car crash and so the van was looking like the culprit.

Several agents were sent to the van’s last location and they barely got a word out when they came in under fire. The shooters were identified as members of a gang called Imperio Azteca and they had been in contact with Ikande Ikande could have hired the duo, but his recent behavior had been erratic to the point where he called one of the men he saved and went on a rant about a car accident.

Phillip Beckett used to be a private contractor and he owed Ikande his life, but even he said that Ikande had sounded too off to have made any sense and that was before he had found out that there really had been a car accident. So maybe he snapped. Ikande went through a lot out in the field and losing his team like that could have broken any man. The team questioned if he was of sane mind and they almost believed the story until they learned that Ikande had called Beckett. Beckett claimed that they haven’t spoken in years and so why Ikande keep turning to him. It didn’t make sense and so they sat on Beckett.

Beckett went down to the boardwalk and met up with Ikande, but before the agents could make their move, a third man tried to go up to Ikande with a knife. The agents saw the knife and forwent secrecy in order to get to their suspects. They later stopped the assassin and caught Ikande. Only Beckett had gotten away. There was no reason why the man would run from the scene and so the team interrogated Ikande.

Ikande said that Rebecca had reached out to him about the mission and how there had been something off with it. He didn’t know what she was talking about and so he contacted the one other person that had been there. He contacted Beckett about the story and the next thing that happens is someone runs Rebecca off the road.

Ikande didn’t know what was happening, but he described the mission. He said the rebels were well-armed and that it didn’t make any sense for that area. The village where everything happened was so small that it wasn’t even on a map and so there was no reason why the rebels would fight over it like they did. The team thought about what Ikande told them and that’s when they began putting the picture together. The gang Imperio Azteca was involved in the drug trade and a couple of members were overheard talking about heroin. Heroin was made from opium and that was the biggest crop in Afghanistan.

It was usually warlords that control the area and so the contractors must have done something to set them off. Like, say, tried to set up their hotline to heroin. The private contractors were sent to “fix” the electrical system when in fact they used as their cover to ship heroin back to the states by hiding it in broken down vehicles. The team found evidence of this and they realized that Ikande had never known what he was risking his life or that his team over. He didn’t know about the drugs and so the team filled him because they needed his help. Beckett didn’t know that Ikande had been captured and so he sent a threat to him.

Ikande was told to come in person if he didn’t want his roommate to be killed, but his roommate Ruya had been there that day in Afghanistan. She had been the one to pass Rebecca her story and she convinced Ikande to talk to Rebecca as well. And so Ruya could be killed just for knowing what happened with the contractors.

The team used Ikande to get close enough to Beckett and once they did – they were able to arrest Beckett and his hit team.

Meanwhile Ruya who was more than just a roommate got to go home with Ikande.