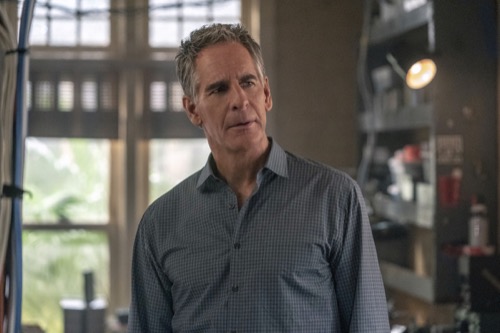 Tonight on CBS NCIS: New Orleans returns with an all-new Tuesday, February 26, 2019, season 5 episode 15 called, “Crab Mentality,” and we have your NCIS: New Orleans recap below. On tonight’s NCIS: New Orleans episode as per the CBS synopsis, “The team investigates multiple murders tied to a construction company creating an experimental chemical that strengthens sea walls. Also, evidence from Hannah’s previous mission in Oman is used against her as blackmail.

Khoury was trying to track down her friend. Liam had said that he was on a new and secretive CIA mission yet his credit card proved he was in town up until a few days ago. He had lied to Khoury about leaving she didn’t want to know if he was heading to Eastern Europe to track down false leads. She already had her suspicions and was looking for him. The only one that Khoury told about her off-the-books investigation had been Pride. Pride was her boss and he would understand why she didn’t want her search for her friend to possibly leak to the wrong people. And so she was keeping secrets even as she was leading the team.

The same team that later received a case. The CO reported Ensign Milo Blevins as missing because he hadn’t shown up for duty and it wasn’t like him. Blevins was acting out of character and his CO thought it might have something to do with Blevins’s brother Henry. Henry wasn’t in the Navy. He was in construction and he was last seen working for Jax Inc when he disappeared. It was Henry that disappeared first and then Blevins disappeared looking for Henry, which made it all look bad. Everyone believed that something happened to Henry and that after Blevins learned what happened when he had been killed as well.

Therefore, the team started their search with Henry. They looked into the company he worked and surprisingly couldn’t find anything about it. There was no one to answer the phones and the website offered no details. The team went out to the site of Jax Inc and they ran into a couple of people with guns. The people weren’t exactly guards and so apparently they were just enthusiastic. The couple with the guns worked for Jax Inc from the very beginning and the very protective of the woman behind the company. The company was started by Araminta Jax. She created a chemical compound that could reinforce seawalls and ensure nothing like Hurricane Katrina ever happened again.

Araminta was inspired to create this polymer because her whole family died back in 2004 and she was the sole survivor. She became obsessed with sea walls after that and she didn’t want to waste millions if not billions on building stronger sea walls when her compound could just make current existing ones stronger. Araminta was truly a visionary and she had her heart in the right place, but Henry Blevins wasn’t the only construction worker that has disappeared from her worksite and things got worse the more NCIS investigated. They went on to find the bodies of five men buried at the Jax Inc worksite and the men had all died from being exposed to something toxic.

Araminta was asked if her polymer did more harm than good and she was firm when she said her own unique compound was eco-friendly. She had nothing to do with the death of those construction workers and at the same time, she didn’t want to hand over what was in her polymer. She wanted to keep it a secret and so the team worked around her. They hacked her files and they couldn’t find anything that would be toxic much less something that would need to be covered up. Araminta’s formula couldn’t have killed those men and so the team went to Dr. Wade for answers. She did a thorough autopsy and she determines that all of the victims had been plugged into a dialysis machine.

A dialysis machine could push a harsher chemical into fully circulating the whole body and so would have normally taken weeks to kill someone could have been mere days. With that seeming the most likely scenario to explain the deaths of the construction workers, the team looked into could be behind Araminta’s bad luck. She’s run out of money and investors within a short amount of time. There was no earthy explanation to explain why everything went to crap so fast without sabotage and so they asked her what connection did all the tragedies have in common. And she could only think of one.

Araminta said she turned to family friend Norman Wong when she first developed her polymer. She said Wong agreed to invest and had even bought equipment for the company. Araminta detailed how Wong’s interest in her company happened right before she the bottom fell out and so the team went to go talk to this Wong. Wong has a habit of investing in sinking companies before they were destroyed and being paid off by the industry who didn’t want this one company to survive. In Araminta’s case, she ticked off the whole construction industry when she nearly convinced the world that they didn’t need to build more sea walls.

Wong was asked about his involvement in Araminta and he denied being behind the sabotage, but then in the next breath he threatened Khoury. Khoury was shown a picture of her mission in Yemen. She had played a part in the death of Victor Zelko and what she only found out recently was that she also played a part in the death of Zelko’s family. They had been innocent in Zelko’s game and there had been a couple of children. Khoury found out about it through Liam and that’s why Liam was drinking more now. And so seeing the picture that Wong had was the first visual confirmation she received.

Wong brought up the picture because he wanted Khoury to know that he could threaten her and that meant he has to be guilty. He wouldn’t be issuing threats if he didn’t have something to hide and so Khoury asked her team to keep digging. She didn’t want her personal life to get in the way of the case and by pushing her team to go forward she triggered a counterreaction with Wong. Wong released the picture to the media and it lead to an NSA investigation into Khoury. She was pulled off for an interview with NSA and while she was gone – her team finished what she started. They found out how Wong leaked the photo and did a reverse search until they gain access to his money.

They then made it look like they stole his money to get him to reach out. Wong admitted to sabotaging Araminta and releasing the photo. He also handed over everything he had on Zelko in what he thought would be a trade-off but all along Pride had been wearing a wire. The wire allowed the FBI to arrest Wong for multiple felonies and it cleared Khoury’s name. But the team revealed what they learned about the Zelko investigation. It seems Zelko’s death and that of his family’s had all been a hoax.

Zelko was still alive and that meant Khoury’s family was the ones now in danger.