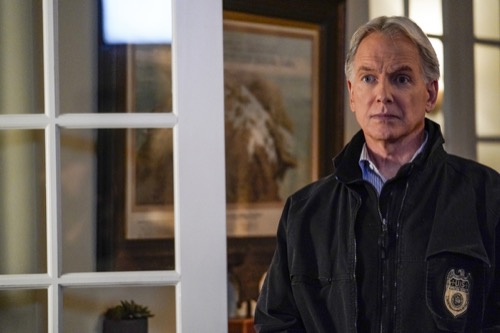 Tonight on CBS NCIS returns with an all-new Tuesday, February 19, 2019, season 16 episode 14 called, “Once Upon A Tim” and we have your weekly NCIS recap below. On tonight’s NCIS season 16 episode 12, “The Last Link,” as per the CBS synopsis, “McGee reluctantly visits his high school after the unique computer password he used as a teenager is linked to the murder of a department of defense contractor; an intruder breaks into McGee’s home in an attempt to steal his high school computer.”

The team was being audited. It seems their spending was out of control and so someone was brought in to go over their books. Dick Sullivan wanted to know everything. He wanted to know when was the last time anyone cut costs around the office and he had even asked McGee about an old computer. It was the first computer that McGee ever built. He told the auditor that it was a personal computer and still, the man wanted paperwork before he let it go, but then the team got the call and so they all took the chance to get out of there. They were called to the scene of a murdered Navy contractor named Edward Kane and the victim had something in his pocket that belonged to McGee.

Kane had a notebook in his pocket. Then pages had been ripped out and so it had been blank for the most part, but there were indentations of McGee’s first computer password still on it. McGee hadn’t used that password since high school. He last used went his family was stationed in Hampstead and he hadn’t been there that long. McGee also didn’t know who Kane was before he reported to the scene. He had never met the man and they hadn’t gone to school together. McGee said he remembered everyone from that time and he didn’t recall Kane. He recalls when he first put the computer together because it had created a blackout, he recalled his friend who was both a girl and a friend, and he remembered the horrible high school teacher.

McGee had to run into that teacher again when he went back to high school. He and Torres learned that Kane tried contacting the place and so they were hoping to run into someone that could remember what Kane wanted to talk about, but that same horrible teacher was useless. He was the guy that told McGee not to go into writing because he wasn’t any good at it and so that had discouraged McGee right before he left. It took him years to return to writing and once he did he went on to write two bestsellers. So McGee had the last laugh. Not that meant much to the teacher who didn’t remember him and claimed no one has called the school asking about a student from twenty years ago.

McGee knew that whatever was going on had something to do with his computer and so when he went home that night he decided to get running again. He worked on it and he had just turned on when he was contacted. He didn’t know who else would be using such an outdated messaging system, but the person wrote to him and asked him if he was alone. He claimed he was because he wanted to see what this person had to say and so he had been lured out in the hallway where he was supposed to get a package. He went out there and found nothing. His wife, on the other hand, screamed from their apartment and so McGee came back to find someone robbing him. He killed the intruder and it turns out he killed Kane’s killer.

The man McGee killed was Braxton Ballard. The guy had a long rap sheet and it had been his DNA found on Kane, but why the fascination with McGee? The team searched through Ballard’s belongings and they found a drawing of McGee’s computer. It seems Ballard had been hired to steal the computer and to kill Kane because Kane sniffing around. Except the team didn’t know who hired Ballard and the only lead they had was a wonky computer. McGee asked Kasie to look at it and she said the computer kept trying to connect to some virus. She showed McGee an image of the virus and McGee recognized it instantly. He wrote the virus back in 1994 to attack the Department of Defense.

McGee’s father the admiral had been strict on him. He thought the Navy would make McGee into a man and that McGee would put all things he loves away. Like tap dancing! McGee saved up all summer to buy tap shoes and his father burned them as some sort of lesson. It had angered a teenage McGee so much that he wrote the virus, but he had never used it and so doesn’t know who would have access to it. He thought it could have been his old science teacher Mr. Lewis and it hadn’t been. The man was guilty of an illegal gambling ring and that’s it. It’s why Lewis lied about the phone call from Kane because he didn’t want anyone looking into him and so with the truth out there he decided to tell the truth.

Kane had called Mr. Lewis because he wanted to know an old IP address from the 1994 computer class. The man remembered it and he handed it over to McGee. McGee recognized it as well because it belonged to Chloe Greene, his first love. She had been there when he created the virus and she had been upset when McGee was being forced into the Naval Academy. It also explains why the code has been running since 1994 when they last saw each other. She probably ran the code in revenge and then forgot all about it but McGee was the only one that didn’t think she was up to anything nefarious. The rest of the team believed that Chloe was a cyberterrorist and so they went looking for her.

Chloe hadn’t been seen at her job or her apartment. She did though say a hidden message to McGee that said “SOS” and it had location marks next to it. So the team later found Chloe tied up in an RV. Chloe, as it turns out, had run the virus back in the day and she had tweaked it. She siphoned money out of the DOD and it was going to be put in a holding account. Only she didn’t think it worked and so she forgot about it until one day she was kidnapped. Her kidnappers realized that the virus had been running for over twenty-five years and that it held millions. Kane found out about through it his job and told his boss. His boss then killed him in order to keep the money for himself and so the team discovered they weren’t under audit after all.

Dick Sullivan just wanted the chance to steal McGee’s old computer because only that exact computer could state where the money went.

And so the team got to arrest the man that’s been harassing them for days.