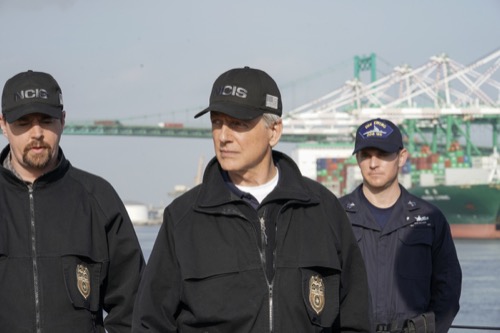 Tonight on CBS NCIS returns with an all-new Tuesday, February 26, 2019, season 16 episode 15 called, “Crossing the Line” and we have your weekly NCIS recap below. On tonight’s NCIS season 16 episode 15, “Crossing the Line,” as per the CBS synopsis, “The NCIS team investigates a man overboard fatality from a Navy destroyer at sea. Also, Torres is frustrated with Vance’s assignment to mentor three high school students

A few teenagers won the chance to mentor with the NCIS by writing powerful essays, but they didn’t think that as a part of their prize they would have to spend time with Special Agent Torres. Torres didn’t sign up for it and he sure as hell didn’t want to do it. He had been forced into the job by Director Vance himself. The director thought Torres needed structure as well as punishment for showing up late for work and so he took him with the kids. The same kids that were supposed to mentor with the likes of McGee or Bishop and unfortunately they weren’t there. The team had gotten called out to the scene on a Navy ship.

There was a tradition in the Navy in which the newbies went through a hazing. There was a bunch of them going through one on the ship when they noticed a man overboard and pulled Petty Officer Special Class Kendrick Allston out of the water. The rest of the crew had jumped in after Allston and to their dismay, there was no need to resuscitate him. Allston was dead. What was odd was the circumstances surrounding his death because it looked suspicious. Allston was a search and rescue swimmer. He’s trained to jump off a ship and survive meaning he shouldn’t have drowned, but the bump at the back of the head could perhaps provide an explanation.

The team investigated whether someone had attacked Allston. He was at the top of his class and was in the running of possibly becoming admiral one day. There was no reason why anyone should have a problem with him yet the team suspected that someone must have been angry enough to smash in the back of his head. They had asked Palmer to do a full autopsy and what he later found had been odd as well. Palmer found out that the cause of death was a heart attack. He said Allston experienced a heart attack at a relatively young age and so he asked Kasie to find out what could have lead to this supposed heart attack.

Kasie actually went on to find drugs  in Allston’s system. He took something called a trishot which was a mixture of drugs and it also didn’t sound like the sailor. Allston was considered to be a straight shooter. He always did the right thing and he would never have taken drugs. His CO said it and even his sister said it. His sister said Allston wasn’t universally liked because he wasn’t afraid to report his fellow sailor if that other person was doing something he wasn’t supposed to and the team found out that was true. They learned that Allston reported on one guy for taking drugs and that the guy was thrown out of the Navy.

The team talked to him and he claimed it hadn’t been that bad. The guy smoked a joint in South America and had claimed that he could have done much worse but didn’t. The former serviceman didn’t see what he did as wrong and he laughed when he heard someone had probably drugged Allston. Only the team’s chief suspect was on land when Allston had been murdered at sea. The team either needed to prove their guy had a friend drug Allston or look for another suspect and so they considered other suspects. Bishop had stayed on the ship with the CO and she was asking him more questions about Allston when they heard the sirens.

Another man had gone overboard and it turns out he suffered from an overdose of trishot as well. The odds of two men od’ing in the exact same way and on the same day was just too high to consider it coincidental. The second man had had his room tossed and the drugs he had in his system was found in his energy drinks. It was the same drinks that everyone else on the ship took to stay awake and alert. It could have been added to Allston’s drinks and that’s how it got into his system, but the team remembered that Allston and the latest victim shared a room. And every drink in the joint room that the men shared had been affected.

The roommate was woken up and interrogated about the drinks, but he said that they were originally Allston’s. Allston received them in a care package from his sister and hadn’t liked the taste. He thought it was disgusting and had handed them over to his roommate who had enjoyed them. Then when he almost died, he figured out what happened to Allston and informed NCIS. NCIS later found out that Allston’s sister worked with a manufacturer of the energy drinks and that she used her job as a cover for drug dealing. She hadn’t meant to send her brother drinks that would kill him. It had been an accident and once she sent the wrong package it had been too late to tell her brother why he couldn’t drink those specific ones.

And so Allston’s sister killed him accidentally. She didn’t mean it and now she’ll face life in prison, but once her case was concluded, Torres took the time to really show around the teenagers and introduce them to life as an NCIS  Agent.

One of the kids was the son of the late Agent Gerard and he and Torres actually bonded in the short time they knew each other.