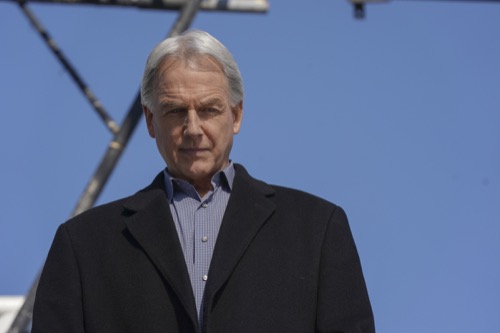 Tonight on CBS NCIS returns with an all-new Tuesday, April 2, 2019, season 16 episode 18 called, “Mona Lisa” and we have your weekly NCIS recap below. On tonight’s NCIS season 16 episode 18, “Mona Lisa,” as per the CBS synopsis, “After Torres wakes up on a dilapidated fishing boat covered in blood, the team helps him piece together the last 12 hours.”

Torres wasn’t at work. Everyone assumed he was running late until they shared stories and realized that something was off. It wasn’t unusual for Torres to forget something, but to forget he was meeting McGee for breakfast and Bishop to go over paperwork didn’t sound like him. He even missed a call from Gibbs and never tried calling his boss back. It had worried the team enough that they pinged Torres’s phone and it revealed his location in Virginia Beach. Torres was later found on a boat with no memory of how he got there. He had a headache and was found half-dressed. He was asked if he had gone out partying or had a few drinks and Torres said “no”.

Torres gave up drinking a while ago. He could see that he was developing a problem with drowning his problems in a bottle and so he was taking a break. The most he does nowadays was hit the gym and that was the last he remembered. He had gone to his regular gym for his usual routine with his trainer and that was it. Torres couldn’t recall anything else and his team was desperate for answers because blood had been found on his shirt. It wasn’t his and he got a loan from McGee, but all the unanswered questions were starting to get to Torres. He wanted to know what happened to him. He let Palmer take his blood and then against doctor’s orders he decided to help with the investigation.

Torres went to his old gym where he ran into Gibbs and Bishop. They had talked to his trainer who said he was running late that day and that he called Torres to tell him to get started without him, but the man said that Torres had seemed like self and that’s why he had been surprised to find out that Torres hadn’t waited for him. He got to the gym and Torres was gone. He also didn’t answer any of the man’s phone calls and so the team knew that something must have happened after the call, but they didn’t know what it was until they asked Torres if he still had keys to his motorcycle and he tried beeping his “Betty”.

His motorcycle was making an odd noise and the reason it was doing that was that it was thrown into the dumpster. It was smashed up and found near the body of a dead woman. The woman was identified as Jessica Ho. She was known to drug user and she wasn’t even a member at the gym. She had gotten a day pass which she used on the night Torres disappeared. Torres had never met Jessica before and so he didn’t know why she was killed or why she had been found with his motorcycle. He was beginning to get desperate about finding out what happened to him when Kasie finally had answers.

Kasie told Torres that he had been roofied. Someone drugged him and that’s why he couldn’t remember anything but why him? Torres wasn’t an easy target and so why go after someone like him? Also, things grew odder with the case because the ship that Torres was found on was a ghost ship. It was considered to be lost at sea. His owners that it sunk and then the owners disappeared. They could be traced back to a shell company that was created for the purpose this one fishing boat and so they asked someone in the know like Commander Sam Hendrix about this boat. He said that no descript fishing boats were used for smuggling because the people behind it realized that the faster and flashier boats drew unwanted attention.

Kasie was also asked to go over this boat once they realized it was most likely a smuggler ship. She was going to run a chemical analysis to see what was being smuggled and as she was doing this the rest of the team were asking Torres some uncomfortable questions. It seems there was a surveillance camera of him leaving with Jessica. She was smiling and flirting with him, but despite that Torres knew he would never kill a woman. He had his team keep looking and they eventually found out that he hadn’t gone off willing with Jessica. Jessica was the one that drugged him. She also bribed his trainer to show up late for his session with Torres and so that’s when she was able to corner Torres alone.

Jessica drugged Torres and lured him to the garage where she probably handed him over to her conspirators, but then she was killed once she became a liability and no one knows what happened to Torres next. He turned to Kasie for answers and she revealed that what she found on the boat concluded that it was being used to smuggle diamonds. The company that had owned it had triggered a memory for Torres and he realized he knew Brueger Marine Lines. He had worked a joint task force mission with the Coast Guard to take down smugglers and he had thought the case was over. And it wasn’t because five years later it was just now coming to court.

The Coast Guard still had the diamonds they collected when they shut down Brueger, but when NCIS went to go check on the contraband they found it gone. It had been checked out by Torres and so the team finally figured out why he was needed. He was needed because his eyes were the only ones that could have opened the vault and so Torres thought he had personally gone to the building. He hadn’t. He was instead drugged with something to make his eyes huge and then someone took a picture of it to open the vault. The team searched for their culprit and they found her. She was the secretary to Commander Hendrix and she was trying to keep her hands clean until she could sell the diamonds back to Brueger.

Nena Easterling had hidden the diamonds in Hendrix’s shark tank and she was arrested the second the diamonds were recovered.

She tried to make her excuses but what she did to Torres wasn’t going to win her any friends.

Torres had been happy to have his name clear and so he was just sad it came at the cost of his relationship with Bishop because neither was going to forget her mistrust so soon.

Director Vance also caught his “girlfriend” meeting with the CIA and so he demanded answers from Officer Wesley Clark. Clark admitted to spying on Vance but he said that he did it because he had to be sure of the director. He wanted to know if Vance could be trusted with information about a secret account and the reason why he had to test Vance was that this secret account that held millions belonged to Vance’s boss – the Secretary of Defense.