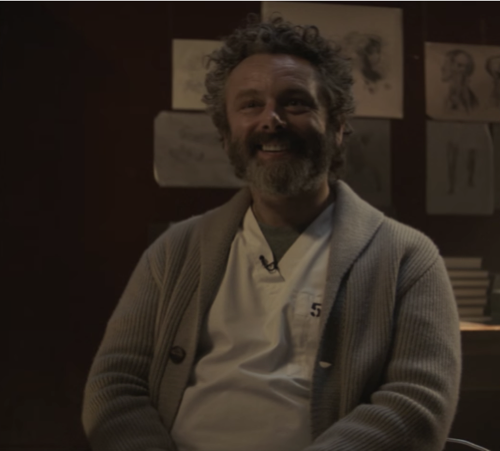 Tonight on FOX their new crime franchise Prodigal Son airs with an all-new Monday, November 25, 2019, episode and we have your Prodigal Son recap below.  On tonight’s Prodigal Son season 1 episode 9 called, “Family Friend,” as per the FOX synopsis, “Martin is locked away in solitary confinement and the FBI takes over the Junkyard Killer case. Malcolm uses his spare time as an excuse to try out a “normal” lifestyle.

Things go well until he accepts a challenge to “profile” his date. Meanwhile, the NYPD tracks a new homicide that’s linked to an elite underground sex club.”

Tonight on Prodigal Son, Bright has a nightmare where he is stabbed with a samurai, that he discusses with his therapist, that he feels has something to do with his father but she feels it’s a sexual dream and sees it as a sign for him to do something normal which she encourages him to do.

While on a walk Malcolm bumps into Eve and he asks her out on a dinner date and she agrees, right after Gil calls Malcolm to a murder scene.

At the scene a man is killed after a sexual encounter and the wife is a suspect, Malcolm feels as if she walked in on her husband, in walks in the wife where the murder takes place and tells them the man in the bed isn’t her husband because he’s out in the hallway with their daughter, now the police have to figure out who the dead man is.

The police begin to question the couple Beth and David, Malcolm observes Beth body language and senses something is off and invites her to a walk. Beth tells Malcolm she knew the victim Caleb and that they were apart of a group that explores fantasies and was introduced to her by a man named Jasper. Malcolm asks to meet him but he only communicates via email.

Malcolm asks JT some tips for his date night with Eve while in a fetish shop they run into Nico who’s terrified of Malcolm and they question him on how to get a hold of Jasper, he agrees to set up an introduction. Malcolm goes undercover and meets Simone who Jasper sends in place of him, Simone asks how Malcolm heard of Jasper and he says thru Beth and how he wants to explore another side of him, Simone then suggests they go back to his apartment and explains she has to test the product meaning sex is involved.

They get back to the apartment Simone is in lingerie, Malcolm tries to stall and get info on Jasper but Simone comes on and rips open his shirt and discovers Malcolm has been wearing a wire the whole time. The cops come in and begin to question Simone about Jasper, and they tell her about Calebs death, she admits to having intercourse with him that night and says she didn’t kill him, since Simone is the one that screens all the members of the group she eludes to Beth’s husband David as possibly finding out about Beth and Calebs secret affair.

Malcolm goes to question David and he admits he knew but didn’t kill Caleb he walked into his apartment and saw people having sex but he left before anyone saw him and says Caleb was alive.

Malcolm gets ready for his date with Eve with his mother. They are getting Malcolm a tailored suit, Malcolm has a vision of the girl in the box that shakes him up and his mother asks what’s wrong but Malcolm says now isn’t the time to discuss it. Malcolm and Eve go play pool with JT and his wife. Eve asks Malcolm to profile her and the things he says upsets her and she storms off .

Dani finds Jasper who’s real name is Charles and they go to his apartment to find a man dead laying on the floor. Malcolm concludes that Jasper created the group for Simone to live out her fantasy since he was living with the ALS disease and couldn’t fulfill her intimately. They review the security camera and find a woman who looks like Simone leaving but it’s not Simon the killer attacks Simone. The team goes back to Beth and David’s apartment to look for Beth who they suspect killed Charles and Caleb.

A gunshot is fired and Simone and Beth are exposed Simone is bound and gagged. Beth claims she killed Caleb because she was going to expose to Simone and Jaoser that Beth was in love with him and she was jealous of Simone and Caleb sleeping together, Malcolm talks her out of killing Simone and they take Beth into custody.

Gil tells Malcolm’s mother that the girl on the box was real she decides to find a way to ruin Martin’s life the way he destroyed her children’s lives.

Malcolm goes to Eve to apologize for what he said during the profile and upsetting her. They admit they scare each other and they begin kissing passionately, as Eve is asleep he’s asked by a girl to find her and he grabs a knife waving it at her and Eve screams for him to wake up and he says sorry for frightening her.