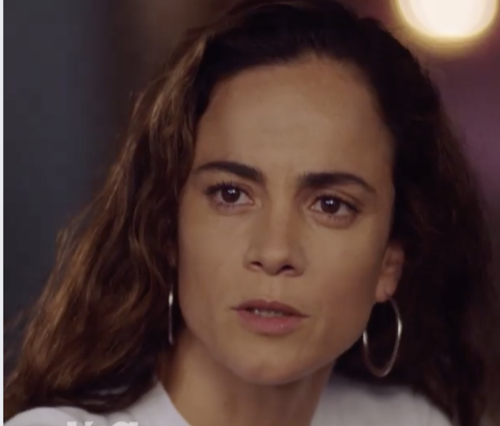 Davis Lafayette was a good man. Sure, he had his problems with mental illness and he didn’t always remember to take his medication though it didn’t change who he was. He was a good man in the middle of a war. This war was between is a father the judge and Teresa. Both sides felt they had just caused and neither of them knew the full story of why this war came to be. The judge thought that Teresa willfully killed his nephew Rene and he wanted revenge for it. Teresa believed the judge got greedy and tried to kill her once he got his money from her. And the one person swept up in all of this was Davis.

There used to be Tony as well. Then he was killed and so all that’s left is Davis. Just Davis and just Davis tried to break into his father’s shed. He knew something was happening behind the scenes and that it couldn’t be good. He was stopped from getting in there, but his opportunity to help came later one. He saw Emilia attempting to flee and tried to help her. He was going to take her to the airport where she could have flown back to Mexico. She would have been safe there and there would have been nothing his father could have done to stop it. So Davis was making his escape with Emilia when they ran into Randall.

Randall who was solely loyal to the judge. He stopped the car and he grabbed Emilia before taking her into the woods. Now, Davis didn’t see what happened next and it turns he didn’t have to. He heard the gunshots from where he was. He also knew that it meant Emilia was dead and so he tried fixing that too. He called the last number that Emilia put in his phone. She never got the chance to tell her boyfriend what happened and so Davis decided to do it for her. He called Javier. He told Javier that Emilia was dead and who did it. He never once shied away from his father being a horrible human being and that got Javier to trust him.

Javier and Davis drove to Emilia’s burial site. The ground was still freshly turned and so Javier knew exactly where she was. He even cried over her grave. Javier also called up Boaz and told Boaz that they killed Emilia. Boaz had wanted to fly out there to deal with his problem himself and he was only convinced not to because Javier said this was his problem. Javier killed Rene and that’s why the killed Emilia. It was tit for tat and Javier knew he started it all. He wanted to be the one to finish it as well and so Boaz trusted him to take care of it. And luckily, Javier didn’t have to do it alone, he had Davis with him.

It turns out Davis wasn’t sick. He thought he was sick because his father pays the right people and has been keeping on medication he doesn’t need. The judge was using every dirty trick to stamp out his son’s individuality. Davis didn’t believe in running New Orleans like his forefathers and he didn’t like hurting people. Its what made him so different from his father. The judge didn’t care who got hurt as long he somehow made a profit out of it and so Davis finally chose to stand up to him. He told Randall that he didn’t care what happened to his dad. And while he didn’t mean to, he inadvertently told Randall that there was a problem and that messed with Teresa’s plans.

Teresa was going to kill the judge. She met with the woman that the judge was sleeping with and the woman had just as much reason as she did. It seems the judge was proven to be a rapist. He would give women parole and then forced them to exchange sex for their freedom. If that wasn’t rape, then what is? The judge was a rapist and his victim wanted to take him out. She planned on getting the judge away from his phone and Pote was supposed to use the opportunity to kill him. Neither she nor Pote knew that Randall would show up like he did. He came in and the plan went to hell. Pote fired at Randall, Randall fired at him, and the judge scurried away.

Later, the judge used his dirty cops to raid Teresa’s businesses. She and her soldiers had cleared out by then and the judges rightly guessed that they hadn’t left town. So he went to Marcel Dumas. He wanted the man’s help in locating Teresa and so Marcel walked him into a trap. Marcel gave his men to Teresa and she used the backup to kill off most of the dirty cops. The only one way to get away was Randall. Randall made it out that time and that’s when his luck ran out. The judge and Teresa had eventually talked about Rene. Teresa told him how she had a rogue man that did it and that she hadn’t known. And how she was willing to write off the dead as casualty of war.

Only the judge wanted Javier to be handed over to him. He even kidnapped Oksana and was ready to risk war with her more powerful cousin if it meant it would also blow back on Teresa, so Teresa gave up Javier. Javier knew he could die when he told Teresa the truth and he was ready to go to his death because he knew he was taking Randall with him.

Randall was about to set Javier on fire when suddenly Javier grabbed him and let them both burn up.

Randall was now dead and the judge lost his best soldier.

He also had to cover up the deaths and so he called it a gang-related violence in the news, but his son Davis was so sick of the violence that he later killed himself.

And so now the judge has no one.

While Teresa managed to get James back.