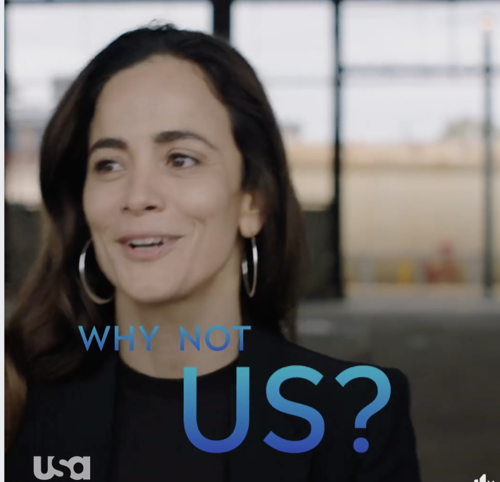 Teresa remembers when she found out Brenda was having a boy. They had talked about names and Brenda said she was going to name her son Tony after “Tony Montana” from Scarface. Teresa and Brenda had laughed about it. It just made them both fall more in love with the baby fell in love and from that moment on Teresa knew she would protect him. Tony was very important to her. He was her godson and she promised his mother to always look after him, but then she put him in that school. Tony was supposed to be safe there. He was supposed to have a normal safe life at that school and so Teresa thought everything was fine until her called late at night. Tony said someone was trying to kill him and unfortunately Teresa couldn’t deal with this issue herself.

Teresa couldn’t afford to go rushing after Tony. She had to stay in New Orleans to look strong and so she sent Pote. Pote got to the school and he saw that there were police all over the place. He couldn’t check on the boy liked he wanted to and so he had to wait, but he waited for an opening and that meant Teresa had to wait for answers. It was killing her not knowing and she didn’t need El Gordo sniffing around. He was waiting for his cocaine and he wanted word on its progress. Teresa gave him one and she thought that was it. Then Gordo calls back later and he said that the shipment was hijacked. He told Teresa that it was up to her to figure out and he didn’t accept an excuse that she did her part.

That wasn’t enough for El Gordo. He mentioned how nothing has been going right for him since meeting her and so he wanted her to find out what happened to the shipment. Gordo even said that it was personal. His nephew had been driving the truck and there was going to be blood if he didn’t get him back. So he left Teresa with no choices. She had to fix this and thankfully she had GPS the truck. It was located right outside the city and Teresa told them that she was coming with them. She wanted to handle this like the boss she was now and so she went with them to confront who she was an unknown enemy. And unfortunately it wasn’t some unknown, it was someone she met back in New Orleans.

Since she got to New Orleans, she has been threatened as well as blackmailed. The city was so corrupt that there were just too many people for Teresa to contend with. She tried to go handle the problem herself and she was too late to stop Marcel Dumas. The guy made off with her coke and Gordo’s nephew. He even called Teresa later on to call her. He was demanding a ransom for the driver he grabbed and he told Teresa to come to her club alone. Unbeknownst to Dumas, Teresa was standing in front of El Gordo when she took the call and so she passed the message on. Teresa believed his nephew was still alive and so that convince him to let her do the drop. Gordo however did warn her that he would begin killing her people if she wasn’t back by time he finished his cigar.

Teresa met that same kind of stubbornness with Dumas. She wasn’t allowed to bring anyone with her and she had to go walk into his den. Teresa asked him if how much it would cost to get her cargo and her men back, but Dumas didn’t want money. He wanted something more. Dumas wanted in on the business and he knew who he kidnapped. Dumas as it turns out knew a little too much. He said that if he killed him that it would be Teresa that has to answer for it first and so he demanded a place at the table. There was nothing that Teresa could do about it and so she had to agree. It got her the nephew and she was able to return Gordo’s family to him. And he hadn’t hurt any of her people yet.

That was all she could expect from their new partnership. Teresa understood that anything goes as long as family on the line and she was thankful later when she finally heard Tony was okay. It seems Cortez hired people before he died and those people were already paid. They have to follow through on the contract no matter what and one got away when Pote saved Tony and Kelly Anne. Kelly Anne was surprisingly still alive. She said that James let her live and that she didn’t know why, but she made an agreement with Tony that meant he could always contact her if he was ever in trouble. Kelly knew that coming back, even if it was for Tony, would mean Teresa would try to kill her again and she came anyways. And for that, Pote decided to do the right thing and he gave Kelly the chance to get away.

Only Kelly Anne didn’t take it. She was tired of running and so she wanted to face judgement just to get it over with.